Sam Darnold and a Mini-Rant on How We Value Quarterbacks 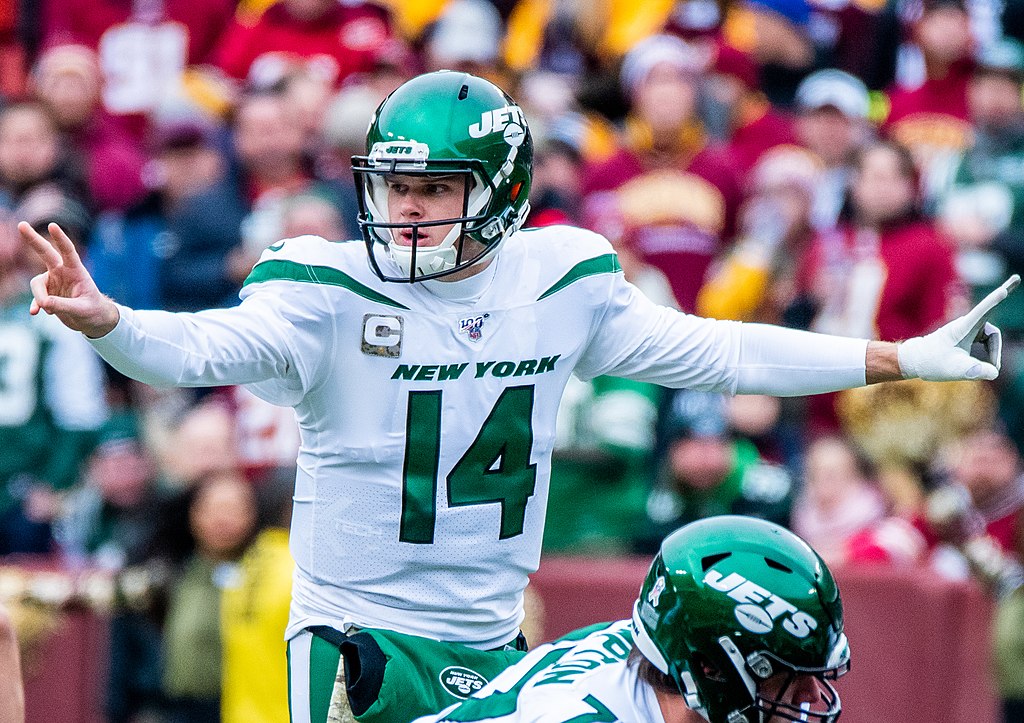 There is absolutely no way to overstate the importance of the quarterback to an NFL team’s potential success. This is an uncomfortable, novel reality. I suspect this is because, whatever level of football each of us played up to, it was (accurately) preached that football is the ultimate team game, that any play will blow up in your face if just one player out of eleven doesn’t do their job.

That’s why I find it fascinating how quarterbacks are being valued in today’s league. There has been a recent changing of the guard among the league’s decision-makers – there’s still the odd Dave Gettleman (70 years old) or Kevin Colbert (64) sticking around, but NFL general managers are seemingly trending much younger these days. Maybe younger GMs are less wed to old doctrine that devalues quarterbacks.

Still, think about our Ten Commandments. Every player needs to be championship caliber to win it all, the run game needs to be established, etc., etc. You would expect that there would still be a remaining market inefficiency not quite paying quarterbacks their true worth because, well, it feels kind of naughty giving one player such a big piece of the salary-cap pie. Instead, the pendulum has swung wildly in the other direction. And a massive binary has emerged. This isn’t about old GMs versus young GMs – as best I can tell, every NFL team is caught up in the same game: they’re all radio talking heads.

“You can win a championship with two of the other three quarterbacks in the division. But our guy? No matter what, he will not be able to lead the team to a Super Bowl. Therefore, our GM needs to cut bait and think about replacing him with…well, I’ll tell you who, after a quick commercial intermission. Stay tuned!” It’s the most classic trope of your ancient local media personality, right?

That’s how we’re valuing QBs. Your QB might have his moments, but he’s not a Super Bowl quarterback, so you need to cut bait. This other guy, though? He can get you over the hump, so it’s time to start mortgaging some first-round picks.

I can’t really tell you the difference between Matt Stafford and Jared Goff. Maybe I’d place Stafford a tier above Goff. What we do know is that Stafford is 33 and Goff is 26. And somehow, Stafford and a third-rounder cost Goff and two future firsts. Jared Goff has a career 42-27 record. He won a playoff game last year and made the friggin’ Super Bowl in 2018. And the Rams were so desperate to get rid of him that they packaged him up with two firsts for a QB who is probably better but undoubtedly seven years older. It’s not Goff’s fault that Les Snead built his whole team around the huge contracts of Aaron Donald and Jalen Ramsey and that the Rams haven’t had a first-round pick, a pick that delivers a quality player at low cost, since 2016.

But the Stafford-Goff trade is the perceived championship-quality vs. something-less-than-that QB binary at work. The insane compensation the 49ers had to give up to move from No. 12 to No. 3 in the Draft is the same thing. I can’t really blame the Niners because a rookie-contract QB in Trey Lance, George Kittle, Joey Bosa, and Co. sounds like a good recipe to make a run. But a high draft pick at three guarantees nothing. Sam Darnold was drafted third overall in 2017, spent three years completely handcuffed with a terrible roster and a drab head coach in Adam Gase, and was just traded for a sixth-round pick and next year’s second-rounder and fourth-rounder. Darnold is on a very affordable two-year contract and could very well materialize into a top-fifteen quarterback in a different environment – he’s twenty-three years old. But the quarterback value binary allows little room for gray area, so Darnold was placed in the second bucket, and thus it cost mince meat to get him compared to what Stafford fetched.

Maybe going for it all scares me. If the Rams or Niners win a title with their new quarterbacks, this piece will age quite poorly. But I do think the Rams were in a great position for the future when they stole Aaron Donald at 13th overall in 2014. The Niners have continually put themselves in great position by nailing draft picks for Kittle, Bosa, Mike McGlinchey, et al. And now both teams have voluntarily signed up for a short window to contend with Matt Stafford, who’s maybe a fringe top-ten quarterback, and a third overall question mark with Trey Lance – a tantalizing question mark, but an unknown all the same – respectively. And that seems like poor asset management by teams that both made Super Bowls in the last three seasons with their previous signal-callers. 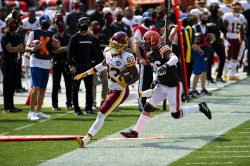