On the defensive: Women’s soccer brings experience, joy to the pitch 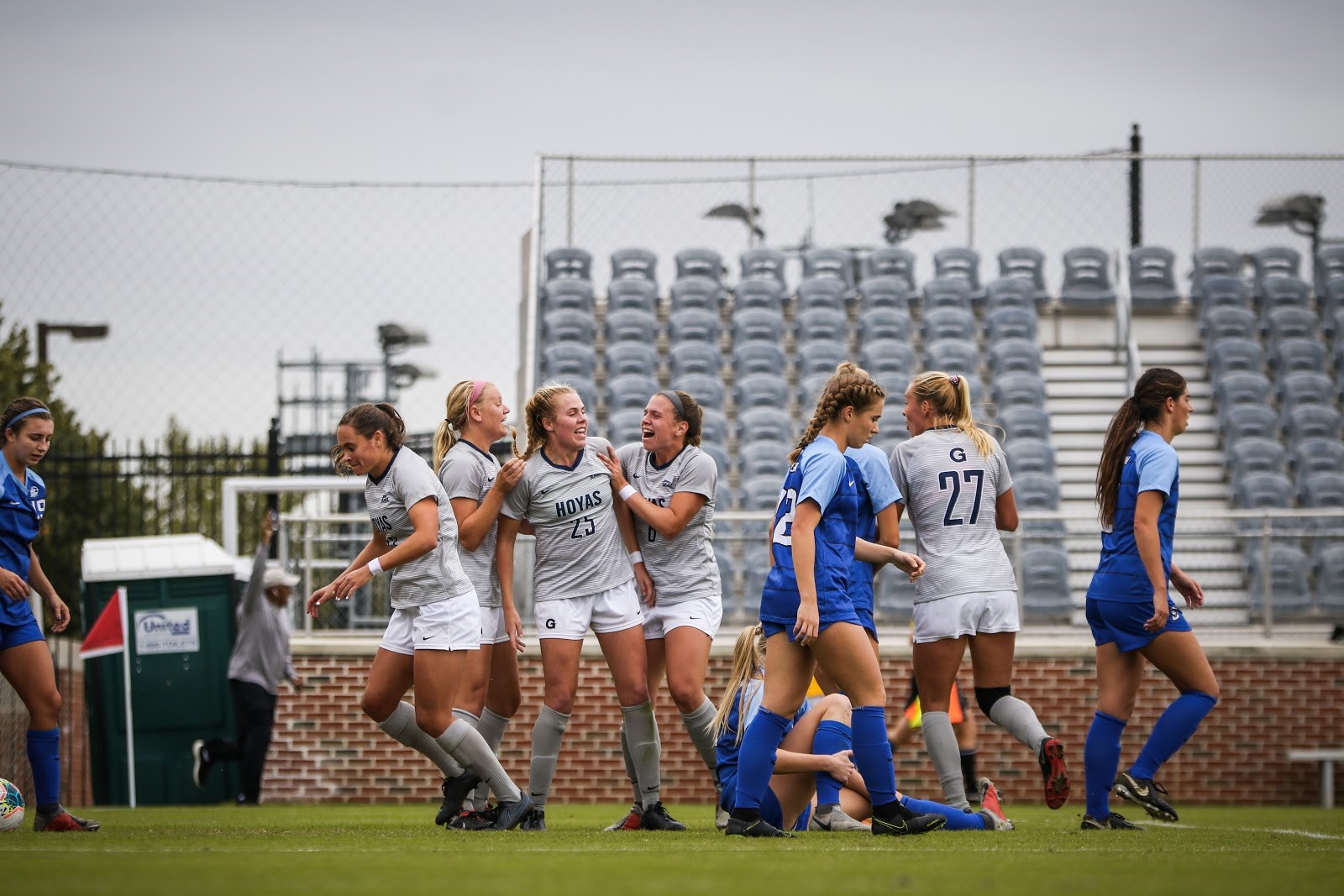 Only three months after the conclusion of last season, the Georgetown women’s soccer team is back on the field. They return as defending Big East Conference champions and Sweet 16 participants in May’s NCAA College Championship tournament.

Having such a short offseason is not easy, but with everything that has happened over the past two years, being on the pitch is its own victory. In an interview with the Voice, Head Coach Dave Nolan reiterated that it was a challenging year for everyone involved, and the team is just happy to get back on the field and take its goals one step at a time.

“We just want to be the best version of this Georgetown team,” he said.

Nolan is entering his 18th season at Georgetown, seeking his fifth Big East championship. With some of last season’s key players, like forward Jenna Menta and goalkeepers Lauren Gallagher and Alyssa Navarrete, now graduated, new and experienced players alike will have to step up. However, considering that most of the team will be returning with NCAA tournament experience,the Hoyas are primed to repeat as Big East champions. Coaches across the country have also seen the potential, as the United Soccer Coaches preseason poll ranked Georgetown 11th in the nation, and Big East coaches voted the team into the top spot in the conference.

Nonetheless, “the game isn’t played on paper, it’s played on grass,” Nolan cautions, as he says the high rankings are nice, but never the ultimate goal.

Junior Julia Leas, named to the Preseason All-Big East team, along with Cleverley and Livingstone, will also be expected to have a great season. Defender does not begin to cover her role on the team, as she made her presence known in any position last season—shooting, scoring, and quickly getting back to defend again.

With a strong group of graduates and seniors, Nolan says Georgetown has “super leadership” that combines competitive college playing experience with a welcoming team culture. Although players range from freshmen straight out of high school to graduate students in their sixth year of college play, all are able to connect over their shared love of the game and desire to win the program’s first National Championship.

Offensively, Vicari returns as last season’s top scorer, but without the help of graduated seniors Menta and forward Grace Nguyen (the second and third top scorers, respectively). Towards the end of the last season, the Hoyas had to dig deep to find late goals, making for some precarious moments. In order to be contenders for the 2021 College Cup, other players will have to step in to create more scoring opportunities.

There will be seven freshmen joining the team this year: forwards Maja Davison, Cyanne Doyle, and Erika Harwood, goalkeeper Lara Larco, midfielders Claire Manning and Eliza Turner, and defender Melissa Riggins. Each comes to Georgetown with impressive high school careers and the addition of multiple forwards will hopefully give the Hoyas more offensive options.

The remaining two new Hoyas are junior transfer goalkeeper Allie Auger from Boston College, and graduate defender Sydney Cummings from Brown University. With the departures of Navarette and Gallagher, it is a wise decision from the coaching staff to add another keeper with college experience. Expect Auger to play heavy minutes in the early going for the Hoyas. Cummings will add depth to a defensive line that was dominant last season; the Hoyas allowed only 4 goals in 14 total games and notched the best goals against average among Division I schools (0.275). Cummings, Leas, Livingstone, graduate defender Kaitlyn Parcell, and senior Jenna Royson make up one of the most experienced backlines in all of college soccer, so that dominance looks to continue.

Without some of the more strict COVID-19 restrictions that were in place last season, the Hoyas are scheduled to see many more opponents in non-conference play. Potential highlights are the games against similarly ranked West Virginia University (12th in the United Soccer Coaches preseason poll) and Rutgers University (ranked 25th), which also made it to the NCAA Championship tournament.

After eight non-conference games, Georgetown begins its journey to repeat as Big East champions. Games to watch out for include when the Hoyas meet Creighton in Omaha, Nebraska on September 23. Creighton was one of only four squads that scored against the Hoyas last season, the others being the University of Connecticut, Butler, and Texas Christian University. Butler, Georgetown’s opponents from the Big East final, are ranked second in the Big East Preseason Coaches’ Poll and will come to Shaw Field on October 7.

While it is exciting for the team to travel and play schools from across the country, Nolan reports that players are most eager to see family, friends, and fans in the stands again.

“One of the important things in their life that they have normalcy in, right now, is soccer,” he said.

The game makes up just one part of the college experience for the Hoyas, but perhaps the most consistent and community-focused one. And before the first classes of the semester, the women’s soccer team is already off to see how far they can go.

August 19 marks the first game of the season against North Carolina State. The teams last met in 2019, where the Hoyas fell to the Wolfpack 1-3. Kickoff is scheduled for 4:00 p.m. ET at Shaw Field. Live stats can be found at guhoyas.com. For continued coverage of all Georgetown sports, follow @GUVoiceSports on Twitter. 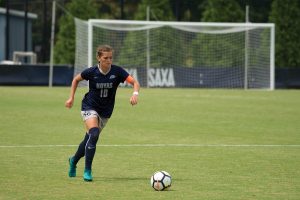 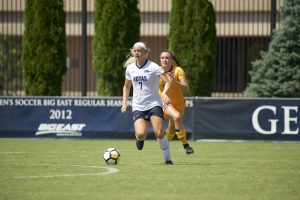 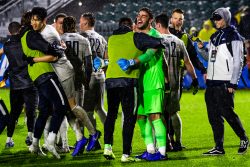 Battle for the DMV: No. 1 Georgetown vs. No. 7 Maryland