A second COVID summer has come and gone too quickly, as all summers do. Classes are picking up, pens are collecting in the bottom of my backpack, and my coffee intake is accelerating. Despite these changes, the last shred of summer always remains in the songs that defined it, or at least some aspect of it. Here are the ten songs keeping me tethered to the summer:

Released in April, this collaboration had the perfect amount of time to pick up enough steam to be The Song of the Summer without losing its momentum. With a power duo like Doja Cat—whose star-studded album Planet Her took the world and internet by storm—and SZA, it’s hard to imagine the well-deserved hype ever dying down. Honestly, Planet Her could constitute this entire list, but “Kiss Me More” is a standout single that encapsulates the rest of the album’s bubbly and bright energy. This youthful, danceable song is impossible to not sing along to.

This is the only song on this list released in 2020, yet it was one of the most definitive of summer 2021. From its outset—a mellow introduction followed by a booming beat drop—this song has all the makings of a crowd-pleaser. Who doesn’t like a heavy bass that makes their speakers shake? The bounciness of the backtrack and distorted vocals give “Heat Waves” the kind of energy you feel in your chest.

Apollo’s first release of the year lived up to the high expectations set by his 2020 album, Apolonio. It’s synthiness is characteristic of Apollo, but his silky voice and guitar are never lost behind the high production value of the song. Lyrics about missing a loved one may ring too true for those with the back-to-school blues, but the overall sound of “Go Away” feels like a warm hug akin to driving with the windows down on a summer evening.

After his first song “Stuck in the Middle” gained viral TikTok success last year, Verdes released a handful of singles and eventually his debut album, TV. Though any of his songs have the potential to be summer hits, I had “i deserve 2 b alone” on repeat for about two weeks. The chill verses interspersed with a catchy chorus and fast-paced post-chorus make this song an addicting rollercoaster of ups and downs, showcasing Verdes’ unique vocals and relatable yet thoughtful lyrics.

When I first heard this song on my Spotify Discover Weekly, I was skeptical, especially because I recognized the bridge as one of the most overused sound bites on TikTok. But this version of the song, including Fike’s oft-overlooked rap skills, quickly grew on me. Wolf is undeniably talented in her own right, but Fike’s verse on the remix gives the song an entirely new sound, amplifying the fun flow of Wolf’s catchy lyrics.

It would be unthinkable to comprise a list of songs that defined summer 2021 without featuring Rodrigo, whose debut album SOUR needs no introduction. “brutal”’s booming opening and teen-angsty lyrics make it a perfect song to blast through your speakers.

Another artist who needs no introduction is Lil Nas X, whose “Old Town Road” and “MONTERO (Call Me By Your Name)” are among his chart-toppers. Harlow, on the other hand, is known mostly of TikTok fame for songs like “Whats Poppin”; but Harlow’s feature on this song make his star power undeniable. Backed by trumpets and booming 808s, “Industry Baby” is a true hit.

The latest release from Role Model (Tucker Pillsbury) appeals to both fans and newcomers. Guitar and drums shine on the backtrack, but Pillsbury’s unique rasp is the centerpiece of this song, as it is for almost all of his discography. The lyrics tell a story from start to finish of a summer fling that turns into a long-term romance, transporting listeners into the world of an endless summer.

Whether or not you’re an avid listener of The Kid Laroi or Justin Bieber (which I am not), it’s hard to deny the success of this collaboration. Lyrically it’s nothing special, but the rhythm and backtrack make it impossible to keep from jumping up and down while listening to it; even the two artists themselves were bouncing around for their entire performance of this one-and-a-half-minute-long hit.

To round out this list is an ode to young love and the ups and downs that come along with it. Told from the perspective of a high schooler who awaits his college girlfriend’s visits to their hometown, “18” is full of nostalgia and energy. If I had to describe this song with a single phrase, it would be the two words I successfully avoided in this list until now: “good vibes.” 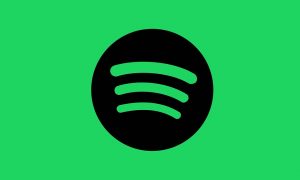