The Corp—a conglomerate of seven student-run businesses on campus—has been steadily reopening its doors since early August.

“By the end of September everything will be fully reopened,” Harper Thomas (SFS ’22), chair of the board of the directors for The Corp, said. “There’s been a lot of work, planning, preparation, and labor that went into this.”

The Midnight Mug and The Hilltoss Cafe, The Corp’s two largest services, have delayed reopening until Sept. 19 and 27 respectively due to a lack of staff. “We have a real deficit in our workforce and currently can’t staff all of those services,” Matt Davis (SFS ’22), The Corp’s CEO and president, said.

Concurrent with service reopening, The Corp began hiring again on August 25. The Corp had not hired anyone since the pandemic shut down their service operations nearly two years ago. As a result, they currently have 160 employees when they usually have upwards of 300. This fall, the Corp will be aiming to hire approximately 100 more students, double what they normally would.

Although they recognize that their staff is currently composed of only juniors and seniors, The Corp plans on hiring an equal mix of students from all grades who embody their company mission: to serve students.

In the past, there has been a particular stereotype at Georgetown for the kind of student who works at The Corp. “The Corp has a reputation for being kind of indie and artsy,” said Lily Yamagata (MSB ’23), an employee at The Hilltoss Cafe.

Jackson McEwan (SFS ’23), director of personnel for Midnight Mug, described the stereotypical “Corpie” as someone who is loud and chipper. “[A Corpie wears] baseball caps and mismatched color outfits on a normal day,” McEwan said.

The Corp has put in an effort to ensure its hiring process promotes inclusivity, in an attempt to dispel the notion that only “indie and artsy” students can be Corp employees. “The Corp hiring process in the past has been very vibes based and very much ‘Do you fit the stereotype of a service?’ and we know that, we recognize that, and we try very hard to combat that,” Davis said. A couple of years ago, the organization began to rethink its hiring process. “We revamped our entire hiring process and took out a lot of bias and subjective questions that you would be asked in the interview and restructured hiring as a whole. ”

The Corp’s prolonged closure gave the student leaders plenty of time to plan and prepare for the massive reopening this fall. “We have done some robust retraining efforts for all our cashiers, baristas and managers,” Davis said.

Davis also noted that the organization has been focused on normalizing the preparation and ordering process from the different Corp locations.“We are also standardizing across all services so you won’t have a barista at Midnight Mug in Lau and a barista at Uncommon Grounds in Leavy making drinks differently. We have also standardized our drink names and our drink prices,” he said.

Along with their internal changes, The Corp is making an effort to be more thoughtful about their choice in vendors to provide affordable, high-quality goods.“We’ve done more negotiations with our vendors so we are trying to be more intentional about what vendors we have and making the vendors all the same,” Davis said. For instance, their pastry items will now be coming from French Baguette, a French bakery on Wisconsin Avenue.

As The Corp reopens and begins hiring again, it is focusing its efforts on serving the Georgetown community. “We recognize that in order to uphold our mission to students we can’t be insular and just serve ourselves and I think that has at least been a perception in the past that we are only looking out for ourselves,” Davis said.

“We are really trying to be proactive in all of our engagement efforts within the on-campus community and the greater D.C. area about making sure all of our actions are intentional in helping serve the community.” 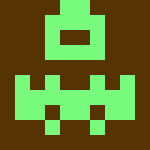