GUSA fights to ensure GU272 descendants are heard at Georgetown

“This university’s occupation is fundamentally tied to colonial development and we call for land back,” Genevieve Grenier (MSB ’24), GUSA community director, said. GUSA recently held an event to call for action on enacting the GU272 referendum passed in early 2019.

GU272 is the shorthand given for the university’s possession and sale of at least 272 known enslaved people. More records have been found since the initial count, and the number has risen to 314. After the referendum, however, students have been disappointed in the university’s slow progress. With a turnout of 2,541 students, the campus community saw implementation of the referendum as a first step to right the wrongs that two university presidents, Rev. Thomas F. Mulledy, S.J. and Rev. William McSherry, S.J, committed by selling slaves in 1838 to ease Georgetown’s financial troubles.

The referendum called for an additional tuition fee of $27.20 on each student’s bill once a year to help compensate the descendants of the enslaved people. Student voices during the referendum and in the years since have made their support of the initiative explicit, with a Senate vote of 20-4 and 66 percent of the student body voting affirmatively on the proposal. After the event, GUSA released a petition demanding the university live up to its promise of monetary reparations.

At the event on Wednesday, GUSA president Nile Blass (COL ’22), said conversations about restorative justice often take place in Black and Indigenous communities and communities of color. Long-standing activism on the part of students and other stakeholders elevated the GU272 issue to prominence, even at a private, predominantly white institution such as Georgetown.

The frustration many students feel was encapsulated in the event’s title: “GU272: GEORGETOWN F*CKING LIED: The History, the Referendum, and what we can do next!”

Because the referendum was passed in 2019 and COVID-19 caused a complete shutdown of in-person learning, any immediate action on the university’s part came to a halt.

“While the pandemic delayed our implementation last year, we have moved forward this year in preparation for a spring launch,” a university spokesperson wrote in an email to the Voice.

GUSA members conceded that a lot of momentum was lost during the pandemic because students were not on campus to organize in the space.

“Having to continually update and at least attempt to ensure the student body that they would be doing something meaningful was because we occupied physical space,” Blass said. “It is very hard to ignore students when they’re outside of your office, but very easy when they are miles away on zoom.”

Even action the university took in the past deviated from student recommendations. In 2019, several administrators ditched the idea of a tuition fee for the creation of a fund projected to raise at least $400,000 directed toward reconciliation initiatives to support descendant communities, according to a university spokesperson. This fund was created without student or descendant community input, according to GUSA.

Year one (AY 21-22) funds have been set aside for a spring 2022 launch for the grant review committee and grant application process. Planning for a spring fundraising campaign is also underway. The grants are ways the university can strengthen ties with the descendant community.

After the 1838 sale of enslaved people, plantation owners relocated many to areas in the South, such as Louisiana, and a large descendant community remains there to this day.

Nevertheless, some in GUSA were frustrated by the lack of progress in other areas and the university’s benefiting from positive publicity for limited action. Julia Thomas (COL ’24), a member of the GU272 advocacy team and a GU272 descendant, wrote, “The goal of tonight’s event is to spread awareness that Georgetown didn’t fulfill their promise of raising money for the GU272 community. This event is a call to action. We still need to fight for the reparations that were promised by Georgetown, and support from more students would help.”

GUSA leaders promised to continue the fight and pass on to each new incoming class their motivation and commitment to pressing Georgetown to take action. According to members at the event, sustained action can be difficult when most students graduate and move on within four years, posing a challenge to long-term organization and institutional memory.

“As a descendant, this initiative is extremely personal to me,” Thomas wrote.” It’s time for Georgetown to atone for their actions, fulfill their promises, and Honor the legacies of the individuals they enslaved. I will continue to advocate for this until their legacies are honored.”

The GU272 event was just the beginning of GUSA’s planned advocacy toward getting reparations for GU272 descendants.

“As for what the student body should be prepared for, they should be ready for organized sit-ins, protests, action on all different fronts in a lot of different ways,” Grenier said. “We are going to make sure we create a sustainable effort, we are not just going to graduate and go away.” 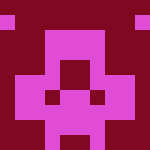