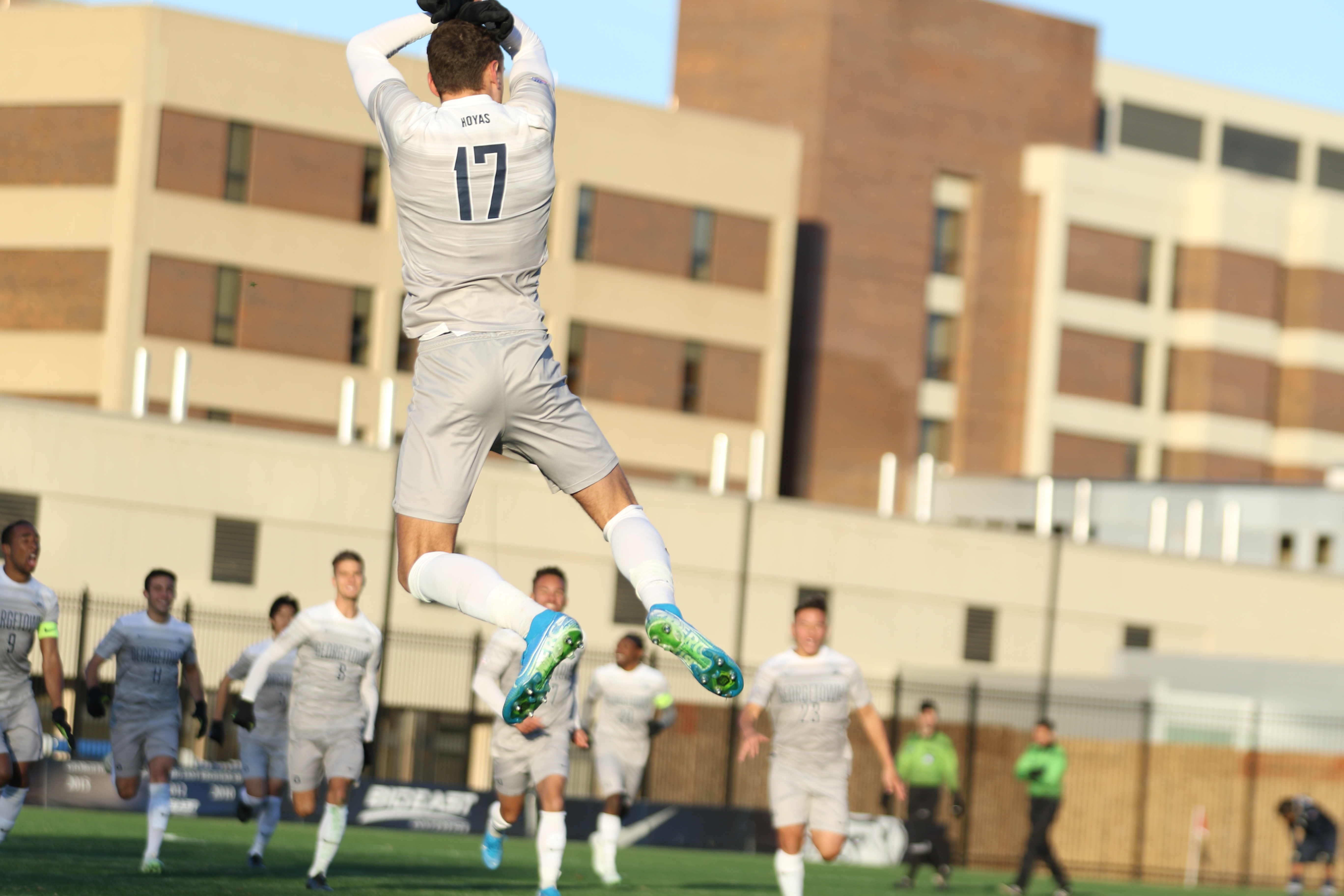 One team stands between the No. 3 Georgetown men’s soccer team (18-2, 8-2 Big East) and a trip back to Cary, North Carolina for the College Cup: the No. 11 West Virginia Mountaineers (12-3-5, 4-1-1 MAC). West Virginia enters Saturday’s Elite Eight faceoff coming off of a close 1-0 win over Tulsa in double overtime, while the Hoyas are strolling in fresh off of a 4-1 throttling of Providence.

West Virginia is a deep, veteran-led team that keeps finding ways to win, even if it isn’t always pretty. The end of the season has not been the most kind to the Mountaineers, as they fell to Georgia St.—who the Hoyas beat in the NCAA Second Round—in the MAC conference semifinals, then had to eke out wins against Virginia Tech and Tulsa in the second and third rounds of the NCAA Tournament. That being said, this West Virginia side was a three seed for a reason, as demonstrated by their three-week stretch earlier in the season when they defeated Pitt and Penn St. and drew with Marshall—an impressive run of results.

The Mountaineers’ calling card is their defense, led by MAC Conference First Team goaltender Steven Tekesky. The fifth-year senior ranked fourth in the nation in goals against average, allowing only .612 goals per game, which translated to eight shutouts. Only five teams nationally allowed fewer goals than West Virginia did this season (13).

West Virginia’s defensive dominance extends beyond Tekesky in net. They have a veteran backline anchored by fifth-year senior Kevin Morris, who is the West Virginia career leader in games and minutes played.

Against Tulsa, West Virginia unleashed a high press that kept the Golden Hurricanes offense in check all game long. While the Mountaineers may play a little more conservatively against the Hoyas, their gameplay will likely be the same: keep the ball in the midfield, clear everything upfield, and force forwards to give the ball away.

Georgetown just needs to play their brand of soccer. The Hoyas are second in the nation in shots taken per game at 17.05. The Mountaineers thrive when they don’t allow many shots, and when they do, it’s usually an easy save for Tekesky. Obviously, some shots are better than others, but getting balls going to the net is unequivocally a good thing and something the Hoyas will look to do from the jump.

Last weekend was obviously a statement game for sophomore Marlon Tabora, who has found his top form at just the right time. Tabora and juniors Dante Polvara and Stefan Stojanovic are a deadly trio at the top of the offense and will be difficult to stop for anyone, even West Virginia’s vaunted backline. Yet the Hoyas’ power remains in their depth. Fifteen Hoyas have scored this season, and that doesn’t even count sophomores Chris Hegardt and Kyle Linhares who have yet to find paydirt this season but have registered high shot and assist totals.

It should also be expected to see the Hoyas try to get junior wingbacks Aidan Rocha and Will Sands involved. Sands, in particular, has had a slow start to the NCAA Tournament, but now gets his chance against a team that tries their hardest to keep the ball in the middle of the pitch. Look for Polvara and senior midfielder Sean Zawadzki to distribute to the sidelines early and often on Saturday.

Offensively, West Virginia’s success derives from its distribution. Only sophomore forward Ciro Bourlot Jaeggi has more than 10 points on the season, thanks to six goals on just 12 shots- an absurd shooting percentage. Bourlot Jaeggi has come off the bench for most of the season and averages a shade under 35 minutes a game, demonstrating how spread out the minutes are for this West Virginia team.

The next top scorers are freshman defender Frederik Jorgenson and First Team All-MAC junior midfielder Luke McCormick, who both had three goals and three assists for a total of nine points. Overall, the Mountaineers had 14 different players score goals this season, which is a particularly dangerous fact for set pieces; anyone on the pitch can be a threat.

However, as stingy as the Mountaineers have been on defense, the Hoyas can match them. Georgetown senior goalkeeper Giannis Nikopolidis is 13th in the nation in goals against average, allowing .766 goals per game with six shutouts. Overall, Georgetown has allowed 14 goals this season, which is one more than West Virginia, but is still the seventh-best mark in the nation.

To beat the Mountaineers, the Hoyas must remain disciplined. The Mountaineers play a physical game and get whistled for a lot of fouls. The Hoyas cannot get baited into a physical match because West Virginia will take advantage of their opponents’ mistakes, especially with their smart set pieces. If junior defender Daniel Wu misses his fourth consecutive game, it will come down to sophomore Kenny Nielsen and freshman Kieran Sargeant to not allow any unnecessary set piece opportunities.

On the coaching side, Brian Wiese and his staff will make their third consecutive Elite Eight appearance. Simply put, they’ve been here before and they know what it takes to win. The opposite sideline is led by Dan Stratford who will take his squad to the NCAA quarterfinals for the first time since 1981. While Stratford is relatively new to the D1 ranks, he was an incredibly effective DII coach at the University of Charleston, where he won two national championships. He will have his team ready for the biggest game of their careers.

Georgetown and its fans are looking to run their unbeaten streak at Shaw Field up to 13 games on Saturday after sweeping through the regular season and into the postseason. The last time the Hoyas lost at home was last season’s Big East Championship against Seton Hall. The game will kick off at noon EST and will be shown live on ESPN+. Follow @GUVoiceSports on Twitter for live updates of the game and coverage of all winter sports at Georgetown. 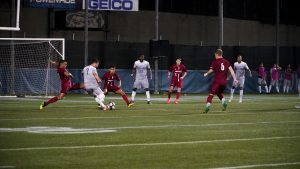 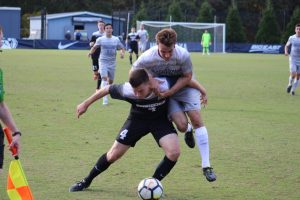