Rafael Nadal is now the best but for the wrong reasons 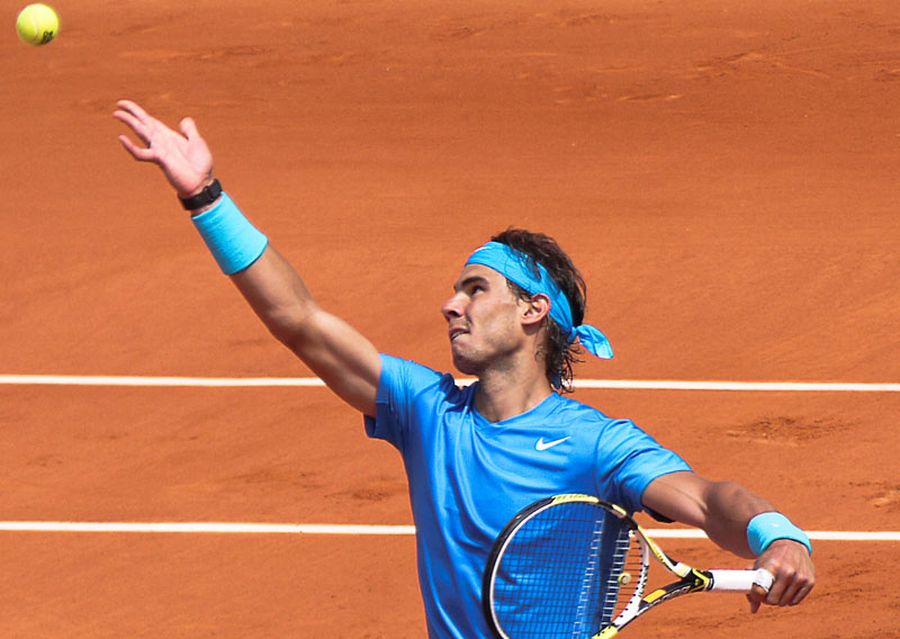 Eyes all over the world are on Rafael Nadal, as he just clinched his 21st Grand Slam title in the Australian Open, breaking tennis records and further cementing himself as one of the best of all time. Tennis fans who watch him can’t help but be captivated by his unique strokes and form on the court. His brand, in some sense, has become defined by the unorthodoxy in his game. Tennis students typically admire one of the Big Three (Nadal, Federer, and Djokovic), but Nadal may not be the best role model for learning the sport despite all of his accolades.

Tennis places intense scrutiny on form. With the right movement and fundamentals, a player can consistently hit a shot with virtually the same speed, direction, and arc every time. Coaches love to point to a successful player’s stroke as an example to teach their students, but Nadal’s strokes are rarely chosen, and for valid reasons.

Nadal is built differently than the average tennis player. He packs a lot more muscle, particularly in his upper body, than the vast majority of tennis players who tend to be tall and skinny. When it comes to strength, tennis players focus on muscle endurance rather than muscle mass. The average speed of groundstrokes is about 70-80mph for top tennis players, and the power generated in strokes comes primarily from a conventional form. Nadal is able to achieve such power not from form, but through muscle and unorthodox strokes. Because of Nadal’s different body type, his groundstrokes and serve are intrinsically different.

A forehand involves a circular backswing with a good follow-through across the body with the racquet. Power comes from the legs and a twisting torso through a proper stance. Nadal, however, neglects this aspect. It is common to see what has been referred to as a “lasso” shot, where his forehand arm makes a lasso-motion on the ball to generate extreme topspin. In this stroke, his arm makes a giant circular motion by brushing on the back of the ball with his racquet and following through above his head, so that it looks as if he was using a lasso. Other players hit their forehand every now and then using this technique, but Nadal is notorious for making this form his normalized forehand stroke, an aspect that would be troubling for youths learning the game.

In an intense 26-shot rally in this year’s Final of the Australian Open, I witnessed Nadal hit almost every shot in an open-stance (in other words, his hips and body are always facing the court as he hits his groundstroke). What does this mean for him? His torso is no longer a factor, and he has no choice but to rely on his arms to push the ball back in the court. A player with a two-handed backhand typically has to hit with a closed-stance (the torso is perpendicular to the court), but even Nadal hits more of these with an open-stance. Not only does this mean a loss of potential power and efficiency, but Nadal’s balance suffers. A player with proper form should be able to stand grounded, firm in position in the strike zone. Nadal tends to sway through his stroke, indicating poor balance. Contrast this with Federer or Djokovic who stand tall and stable as they strike through every ball.

Nadal’s differences also show up in his serve. Typically, a serve includes a high toss, which allows a player time to incorporate their legs and back to put power behind it. Ironically, when Nadal could (and rather should) rely on his leg and back muscles, his short toss impedes him from utilizing these elements in his serve, and Nadal must rush to jump up and strike the ball. What results is overcompensation with his arm to generate speed. Fortunately for him, he has the arm muscle to do so.

You might be thinking: Well, Nadal has been playing like this with these weird forms for so long that it’s second-nature to him. So these kinds of strokes would work just fine with enough practice for anyone. It is not that simple. Practicing like this from one’s inception of playing this sport would be disastrous;you would practically be asking for shoulder injuries. And how do I know that no one can play like this from a young age? Because even Nadal had a more standard form for his strokes when playing as a junior. Early videos show him with a similar forehand to that of Djokovic or a comparable player, not relying on his “lasso” shot.

This is the problem with letting the tennis youth follow Nadal’s model: it sets them up with the wrong fundamentals. In middle school, my team would try the “lasso” shot every now and then for fun, but it quickly became apparent to me how exhausting it would be to uphold that for an entire match. Juniors lack the capability to “muscle through” their shots in this Nadal-fashion. There is no doubt Nadal’s methods have brought him tremendous success in this sport. However, it just isn’t sustainable to follow in his footwork. So I implore anyone who wishes to learn the sport: perhaps choose someone else to learn from.

This man has to invent a new approach to tennis. This man through hardwork and sheer determination has open up new trail in tennis. New approach in tennis. Or provide a new solution to solving problem in tennis.

Any person who appreciate creativity, hardwork, determination can’t say what you’re saying. Think hard about what you wrote. It’s sadness, but not on Nadal’s part.