“We all belong to this community.” Students run for ANC office 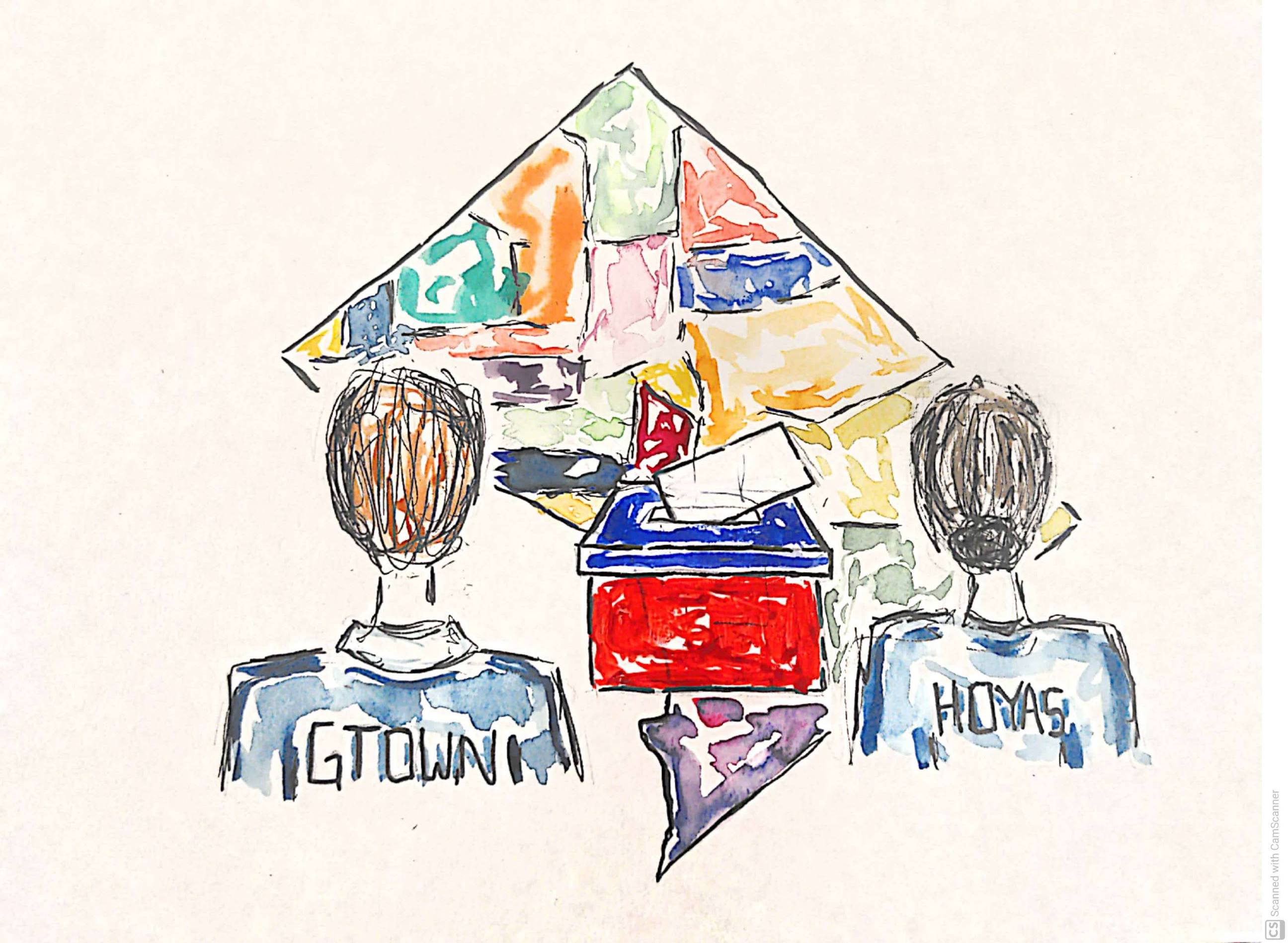 The lack of accessible transportation out of Georgetown is usually only a bane for students; for Arnav Kumar (SFS ’23), it sparked a run for political office. Cimrun Srivastava (SFS ’23) and Kumar are running for seats on the Advisory Neighborhood Commission (ANC) 2E, which represents the neighborhoods of Georgetown, Burleith, and Hillandale. Together, the neighborhoods stretch from about Safeway on Wisconsin Avenue to the Georgetown Waterfront, and out to Rock Street Creek near 23rd St.

The ANC is an independent body serving as an intermediary between the city government and its neighborhoods. The district’s eight wards are subdivided into 40 ANC commissions, which are finally broken down into single member districts (SMDs). Each SMD has one representative to the local commission, and commissioners—who typically represent about 2,000 people—are elected without pay every two years.

While interning with the Beeck Center for Social Impact and Innovation his freshman summer, Kumar worked with the D.C. Council’s Committee on Transportation and the Environment. Kumar partnered with the former D.C. mayor, Tony Williams, to address questions about mobility and infrastructure in the District.

“How do people get from point A to point B in the city? And how do we assist people in doing that?” Kumar asked.

While full-time students might not seem likely candidates for a D.C. representative body, Srivastava and Kumar think students, often non-voting D.C. residents, should have a voice in local issues, which impact the ways they interact with the city at large.

“Students have an important role in this community—both in giving back and being able to take from it. I’m really excited to get student interests out there because it’s been a minute,” Srivastava said. “I want people to tell me what I want, so I can tell the ANC.”

Although the ANC has only advisory power, its close informal relationships with city agencies affords its recommendations weight. Commissioners’ duties range—they have purview over municipal services like trash collection, hold dialogues with local police, and field neighborhood complaints. They also have influence to advocate for D.C. residents experiencing homelessness during encampment cleanups.

Of the ANCs that include Georgetown, two districts represent the university with seats that have been vacant for a year. ANC 2E04 covers anything north of the Southwest Quad and 2E08 covers the area south of the Southwest Quad and around three and a half blocks outside the front gates. Both commissioners represent mainly students, yet have a small percentage of non-student constituents as well.

Srivastava’s civic engagement on student rights issues runs deep: She is the deputy director for Student Advocacy Office (SAO), the co-president of Georgetown’s student chapter of the American Civil Liberties Union, and a representative on the Student Safety Commission. Her past activism and passion for protecting student rights and representing student interests inspired her run for ANC commissioner.

“I’ve been interested in representing student interests to those bodies specifically,” she said. “I have wanted to do this on a wider scale and then also focus on racial justice and policing and make sure students’ voices are heard in those realms.”

Srivastava views the ANC as a way to improve institutions that harm students, including the Metropolitan Police Department (MPD). Many students view MPD as both a racist institution and ineffective at handling the issues common to a college campus such as over intoxication and mental health crises.

“If the ANC is advising an increase in the MPD budget or foot patrol, I would give the student perspective I’ve heard and worked with in the past,” Srivastava said.

Both Srivastava and Kumar are running unopposed. In fact, Srivastava has already been sworn in as the new ANC 2E04 commissioner by Councilwoman Brooke Pinto (J.D. ’17) nearly six months before the official election day after filing all the necessary paperwork.

Kumar wants to use ANC representation to make transportation for students and residents cost effective. With Georgetown geographically cut off from the rest of D.C. and lacking a metro stop, ease of transit into the city is a key issue for all residents, whether they live in Georgetown for four years or 40.

“I’ve been thinking about how we can improve access not only to e-mobility, but also how do we make it more affordable for students to get off campus and how do we do it in a safe and equitable way,” he added.

Kumar and Srivastava are not the first Georgetown students to engage in ANC work. Anna Landre (SFS ’21) and Matias Burdman (COL ’21) previously held the ANC spots for the two university districts. Srivastava first consulted both Landre and Burdman before running.

Students at other D.C. area schools have also run and served on their local ANCs. American University, George Washington University, and Prince George’s Community College have all had past student ANC commissioners run and win seats.

Both students see the often tenuous relationship between the university and the surrounding community as a challenge their new roles will present, yet are also optimistic about their ability to navigate this conflict.

Kumar believes that this relationship is strained in part due to the Not-In-My-Backyardism attitude—the opposition some neighbors hold towards the often loud and visible presence of students in the neighborhood.

“The whole reason that we can’t live off campus until our last year is because of the NIMBYism,” Kumar said. “That is the foundation of the reason why student commissioners need to be represented. There needs to be somebody to counter the NIMBYism.”

When approaching this issue, Srivastava draws on her experience in the SAO particularly regarding navigating the relationships between students and SNAPs. She is confident that with open dialogue these disagreements can be resolved. 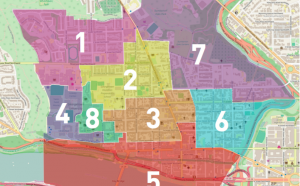 No Exit Strategy: The effects of the 2010 Campus Plan on student life