It’s time for Georgetown to fulfill its promises to Descendants 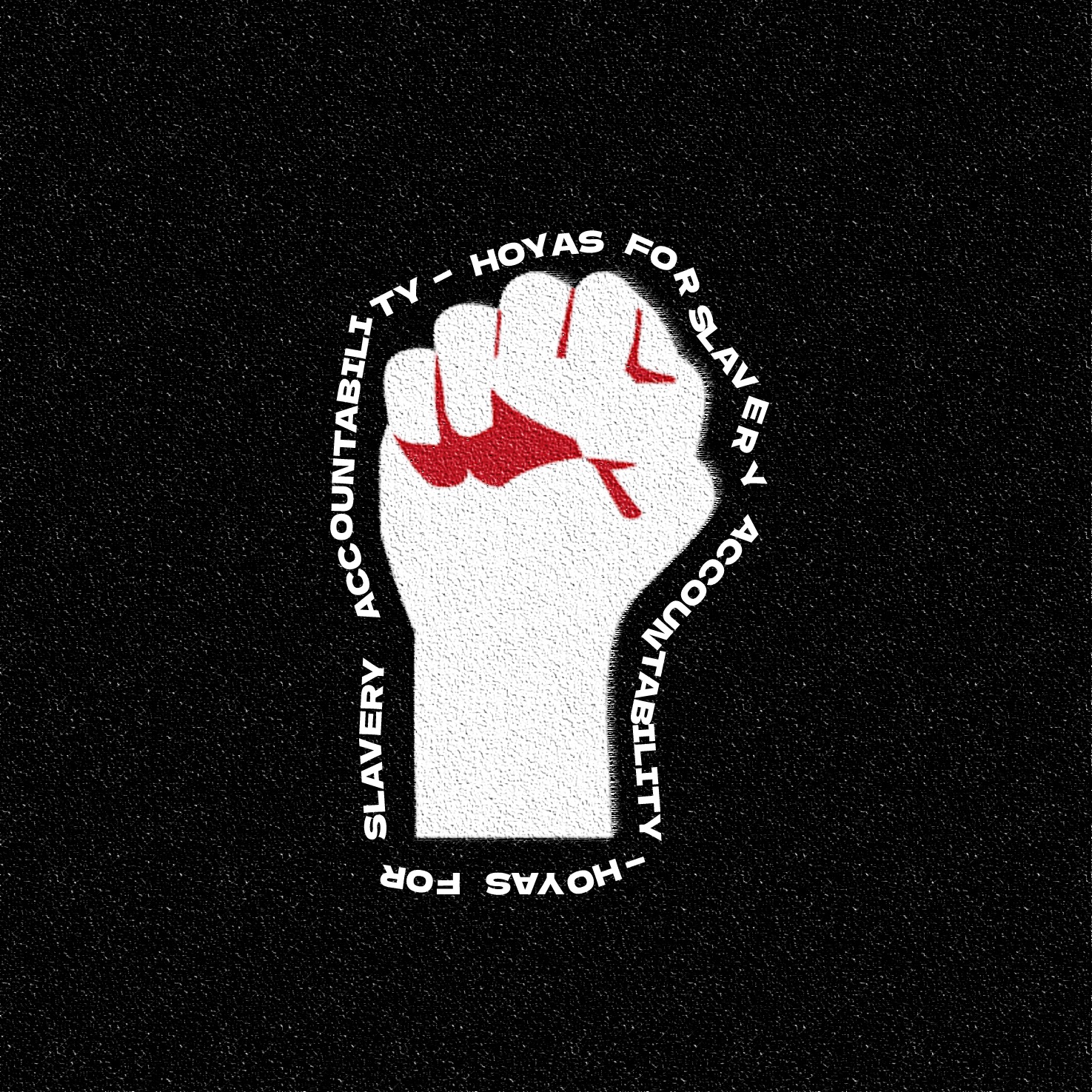 “It feels like 1838 all over again,” Jessica “Millie” Tilson, a descendant of the 272 enslaved people Georgetown University sold in 1838 to pay off its debt, said of the new Descendants Truth and Reconciliation Foundation. After Georgetown announced its million dollar contribution to the Foundation this spring, Tilson was struck by the secrecy and special interests behind this financial contribution from Georgetown.

The Foundation is between the Society of Jesus, the order of Catholic priests who orchestrated the 1838 sale, and the GU272 Descendant Association. Despite claims from the University that the Foundation represents the descendant community, only a handful of descendants were included, leaving the decision making power in the hands of the Catholic Church again. We are protesting in Red Square today to demand that Georgetown invest in an array of descendant-led projects, such as a school-supply drive, and involve more descendants in the decision making process when it comes to Georgetown’s reparations fund.

At a town hall on April 12th, 2021 over 100 descendants protested against the Foundation’s corporate backing and exclusionary policies. Although they were invited, no Georgetown administrators attended. Sandra Green Thomas, who had been pushed out of the Foundation because she advocated for transparency, emphasized how few descendants were included in this deal. The Foundation’s goal is to invest half the funds in “racial healing,” a strategy that, according to Thomas, centers white problems of racism, not Black advancement. Putting money towards the “transformation of hearts and minds that can lead to positive action” implies that systemic change depends on white consciousness, veering from the reparations movement borne out of mutual aid by and for African Americans. Reparation funds should not go towards helping white people unlearn prejudice.

After the referendum in the spring of 2019 where Georgetown students overwhelmingly voted to raise semesterly tuition $27.20 to go towards descendant-led projects, the administration promised to commit $400,000 to such projects in 2019, but these grants are not yet available. Meanwhile, Georgetown chose to contribute to the Foundation. Many other descendants at the town hall critiqued the Foundation for not clarifying where the money was going. During Zoom calls with the Foundation and its representatives last spring, descendants were muted and could not ask questions in the chat. If they wanted to make their opinions known, they were told that they could pay a fee to join the Foundation. This pay-to-play process ensures that the most economically vulnerable descendants will be silenced, allowing Georgetown to prop up the voices of a select few who are closer to elite circles—if at all.

The fee compelled descendants like Tilson to follow the Foundation’s finances.  JP Morgan Chase advises the fund for Foundation and serves as a co-trustee. In 1838, Citizens Bank of New Orleans, which JP Morgan Chase acquired, used the enslaved people Georgetown sold as financial collateral. The choice to work with JP Morgan Chase is a questionable one: the corporation has a history of pushing bad mortgages on Black home buyers, and more importantly, is a for-profit institution that designed the injustices we are trying to repair. JP Morgan Chase, the Descendants Truth and Reconciliation Foundation partners with the Kellogg Foundation, a philanthropic effort started by the CEO of the Kellogg Company. The Foundation also hired Mayer Brown, a global consulting firm that advises the world’s “leading companies.” These corporations and consulting firms have vested interest in maintaining the status quo and still enact discriminatory policies today, making their partnership counterintuitive to the reparations movement.

Reparations, as a form of community accountability, focus on addressing harm and building relationships. Without the money from the 1838 sale, one of the largest recorded sales of human-trafficking in US history, Georgetown would not exist today. Descendants, students, and the Working Group on Slavery, Memory & Reconciliation have addressed part of this harm by requesting a memorial to all the enslaved people Georgetown owned. Other than a TV screen in Leavey—hidden from visitors in the corner of the student center—there is no physical memorial recognizing the lives of the 272 plus who Georgetown owned. The Foundation left descendants feeling betrayed, breaking relationships and jeopardizing a thoughtful process of community accountability. Georgetown’s empty promises and the hours of unpaid labor in meeting with students and administrators have left many descendants, including Tilson, dejected and more inclined to join a lawsuit than propose another project.

“If Georgetown or the Church wanted to make things right they could have” she explained, “but now we know they don’t.”

After the referendum in the spring of 2019 where Georgetown students overwhelmingly voted to raise semesterly tuition $27.20 to go towards descendant-led projects, the administration promised to commit $400,000 to such projects in 2019, but these grants are not yet available. The proposed committees that would determine awards are made up of faculty, students, and only a small number of descendants. Choosing corporate foundations and consultants first discounts the years of work from descendants.

Tilson, for example, has spent countless weeks drafting project proposals at the request of Georgetown administrators. After sending the university proposals in 2016, including a plan for a tutoring program for descendants in Maringouin, a historical preservation program, summer camps, and more, Tilson is still waiting for a concrete answer. While there is no singular, monolithic descendent “community” and descendants reside over the globe, Maringouin, about twenty-five miles west of Baton Rouge, Louisiana, is home to the highest concentration of descendants today. Tilson’s proposals for programs in Maringouin are just a few examples of projects that could offer tangible assistance to descendants.

Propping up the Foundation as the one voice for over 5,000 living descendants perpetuates the myth that the descendant community is monolithic and cherry-picks the few opinions that excuse Georgetown from responsibility. This corporate partnership silences years of democratic decision making and organizing among descendants.

We students demand transparency from the Foundation where there has been none, equal investment from Georgetown in a wider range of projects outside of the Foundation, consistent material reparations, a seat at the table that for too long has been missing for descendants in the decision making process, and a highly visible, meaningful memorial on campus.

In addition to protesting at Red Square, Hoyas Advocating for Slavery Accountability (HASA) is organizing a school supply drive for students in Maringouin with Tilson. We are raising funds to purchase pens, crayons, and notebooks which will be distributed to families in Maringouin. Tilson has been asking Georgetown to send supplies since 2016, so now it’s time for the students to take action—come visit us in Red Square to get involved in the supply drive! We will be tabling in Red Square starting Wednesday April 27th at 10am until Georgetown answers these demands. 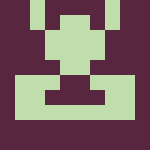 Hoyas Advocating for Slavery Accountability (HASA)
HASA is a student group that seeks to work with descendants to ensure that Georgetown fulfills its promises to invest in descendant-led projects. We renamed Students for GU272 to HASA to recognize the descendants of those enslaved people that Georgetown did not sell in the 1838 sale and that Georgetown owned more than 272 individuals. Julia Thomas (COL '23), who is a descendant, and Olivia Henry (COL’24) are leading HASA.

By Franzi Wild and Sarah Watson