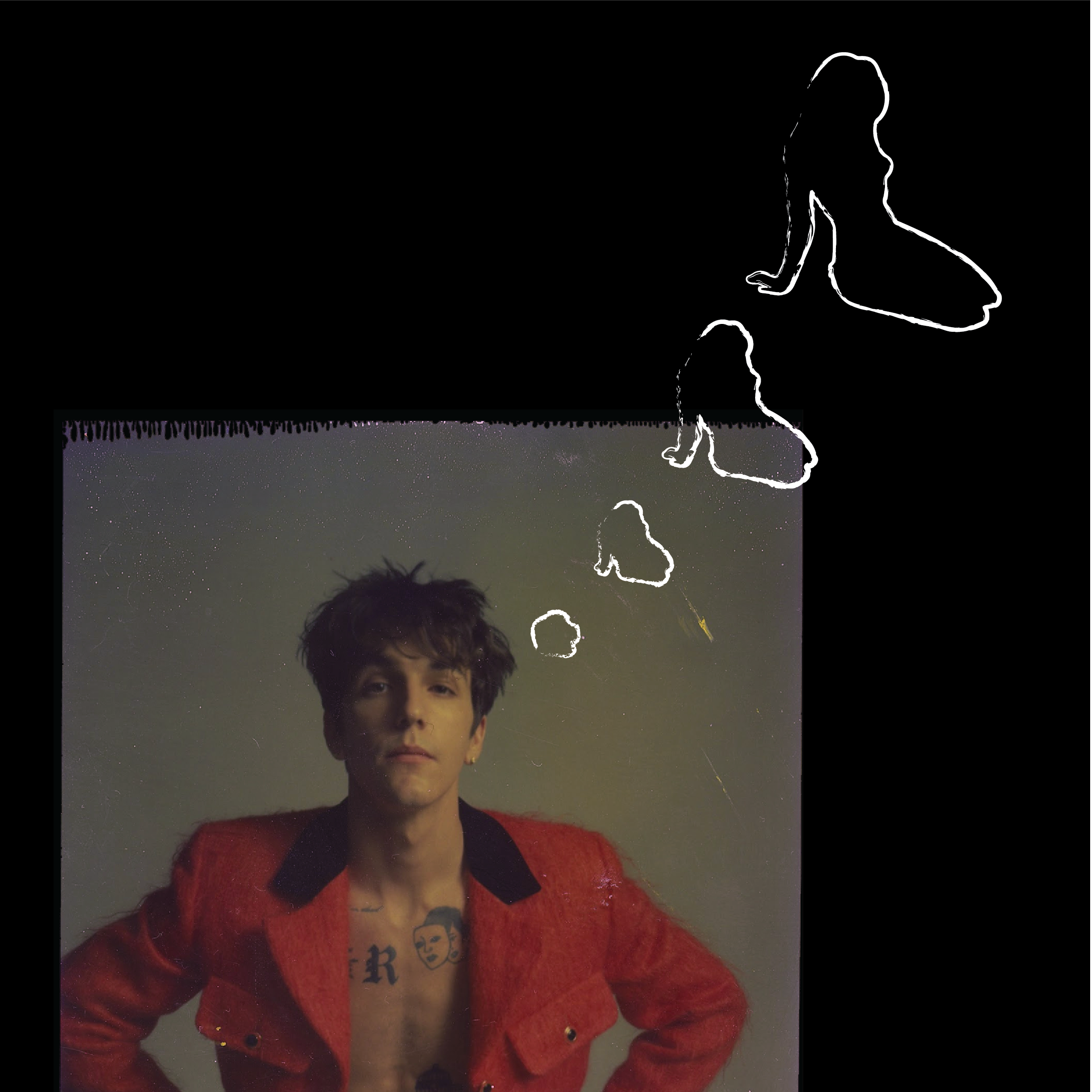 Tucker Pillsbury has left behind the moody, hazy atmosphere of his self-released EP ARIZONA IN THE SUMMER (2017). He has charged beyond the rush of his popular 2020 single “blind,” which embraced blooming attraction to a now-partner (fans have long sensed his connection to a particular coffee-loving public personality—Emma Chamberlain, to those out of the loop). On Rx (2022), his 11-track debut album, Pillsbury testifies to his regeneration, kindled by introspection and new romance.

Rx surges forth in a journey from struggle and vulnerability toward a place just as open and honest, but cushioned by love. Pillsbury’s sassy exuberance and commitment to experimentation fuse smoothly with artful production from his sole collaborator Spencer Stewart. Rx is a cohesive work with minor hiccups; the album creates intimacy with its unguarded attitude and energizes with its delightful vigor. It’s more than worth the dose of a listen or two.

The opening track, “die for my bitch,” might lead one to expect an anthem of brash ferocity, but soft piano introduces Pillsbury’s gritty voice professing devotion. As drums build in steady determination, Pillsbury becomes invulnerable by “only dyin’ if I die for my bitch.” Slower in tempo and lush, the song is a fitting start to Rx as it lauds romantic commitment with a hint of sauciness: “I’m only cryin’ when she’s bitin’ my lip.”

The literalness of “stripclub music” might cause a chuckle, but it’s on this track that Pillsbury’s acute storytelling shines. Instead of a song catering to a stripclub patron, the lens is on a dancer. “Now she’s in control when she’s on the pole / Makes a man understand why he’s sitting below,” he sings atop a plucking (then fiercely twanging) guitar and twinkling synth. A rewind effect generates an especially cinematic soundscape (featuring a Euphoria-like introductory cry), yet it is still one that centers a woman subject to the whims of people other than herself.

Several tracks feel less overtly impactful but still tug you back with every listen, proving that Rx consistently has more around the corner—side effects, if you will. Find yourself humming the chorus of “can you say the same,” even if the verses tend to blend together. “Neverletyougo” has an off-kilter cycle between rapped verses and distorted chorus vocals but a few clever lyrics. The song and its accompanying music video became the subjects of mild teasing online, but jokes about “respectfully, I think about you sexually” cause the lyric to echo post-listen.

“Life is funny” feels vague in theme but makes an eccentric statement. A jaunty guitar and piano—almost like a teasing children’s tune—work satisfactorily. Claps and carefree “la”s generate refreshing irony against jaded observations about masculinity and friendship, along with inventive religious depictions. This track hides behind an unsuspecting title and placement near the album’s end, but its jingling tune shouldn’t be overlooked.

Rx does more than flirt with attraction and ruminate on past romance; it worships renewal through love. Listeners can revel in its upbeat songs that trust romance despite past hesitation. The sweet, cautious “who hurt you” navigates uncertainty to settle in the refuge between lovers. The track begins with a punchy drumbeat and the endlessly catchy lyric, “dancing to a little four on the floor.” Pillsbury finds reciprocal emotional intimacy and yearning for healing, especially in a triumphant bridge and probing choral harmony that genuinely wants to know: “Who hurt you?”

The consistent presence of a content Pillsbury is the most delightful part of Rx. The record’s most commercially successful track, “forever&more,” is a good example. Its groovy guitar, blissful percussion, and fun whoops intermingle with sweet reminiscing (“by the end of the summer, she was a lover”) and tantalizing confessions (“I put her on her back and I tell her she’s mine”). Melt into this ballad of love and lust.

In “if jesus saves, she’s my type,” Pillsbury brings the throughline of religious devotion to the forefront; he celebrates hope in a playful, unsuspectingly catchy track. Pillsbury enters the song after a muffled one-two-three thump to sing the song’s title and then declare, “kiss her face, fuck all night.” Though the track houses wonderfully bold verses, the chorus’s catchy melody teeters on a less inventive refrain: “If she’s real / She’d wear heels.” Every other element, however, redeems the song. Production is a supporting star: A frisky synthesizer and excited drums bolster Pillsbury’s lovestruck croon.

ROLE MODEL knows authenticity. Even better, he conveys it well. The album’s titular single, also its concluding track, is a stripped-down thesis for the entire work. Only a guitar and light piano accompany Pillsbury’s earnest confessions and acceptance of the present: “I don’t need therapy / Just someone who’s there for me / ‘Cause that’s all that really matters anymore.” An angelic group of Pillsburys hum in agreement.

Pillsbury’s first-ever full-length album is one worthy of praise. His burgeoning success has brought better and brighter music from the star, in which he experiments with booming beats, soothing harmonies, and personal revelations. Still, of course, he stays true to the ROLE MODEL persona, ever a work in progress. In the end, listeners will find that Rx remedies listlessness, insecurity, and regrets. As Pillsbury shares in his music, he’s been through the same, having felt loneliness and a lack of connection until now.

In the outro of “rx,” Pillsbury seems prepared to launch into another iteration of the chorus but then doesn’t. He tweaks prior yearning into an address of prolonged gratitude: most plainly to his lover, but also possibly to his present happiness and his loyal listeners, who have been waiting a good while for his official debut. “You’re all that really matters anymore,” he says.