Sportswashing: Money, morality, and the fine line between sports and politics 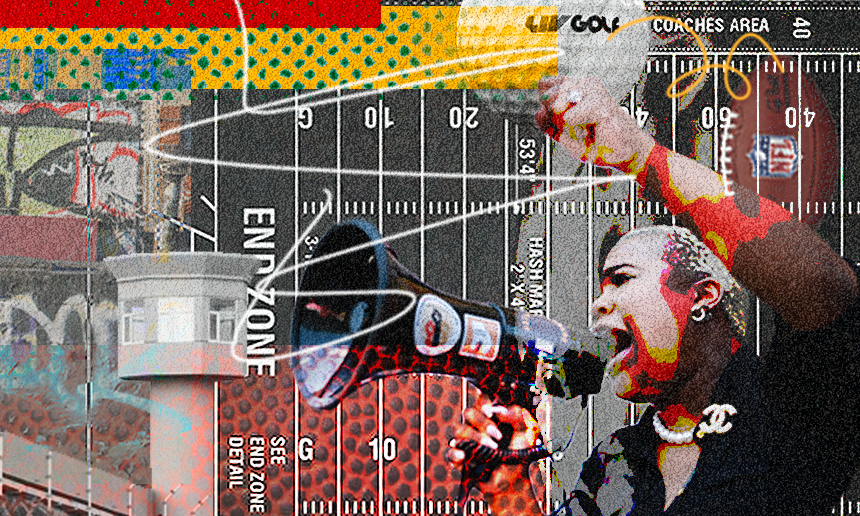 Sportswashing is a practice where an entity uses its involvement in sports to minimize a record of political or ethical harm.

There is a war afoot in professional golf right now. The stakes? Golf Digest dubbed it an “ongoing battle for the soul of golf.” And the cause? LIV Golf, a new professional golf tour billed as an alternative to the PGA.

The concept of LIV (a reference to the number of holes that will be played in each event) first went public in 2019, but LIV Golf did not become an official entity until October 2021. With an alleged $2 billion in backing from the Public Investment Fund, which is Saudi Arabia’s sovereign wealth fund, LIV was conceived as a move by Mohammed bin Salman—the Saudi crown prince—to diversify the Saudi Arabian economy away from oil and toward other investments, sports included.

LIV Golf is essentially Saudi Arabia’s answer to the PGA Tour. Using eye-popping salary offers, LIV has managed to attract some of the best names in golf right now, including Dustin Johnson and Phil Mickelson, both of whom are now making well over $60 million from LIV money alone—not including sponsorships and other potential off-course deals. In the PGA, on the other hand, players make much less from play alone: Last year’s top earner made $7.7 million.

With numbers like these, it might seem like a simple issue that comes down to one organization having wealthier investors than the other. The truth of the matter, however, is far more insidious—it is part of a practice known as “sportswashing,” where an entity uses its involvement in sports to minimize a record of political or ethical harm.

With LIV, the Saudi government tries to distract from a complicated human rights record. The murder of Washington Post journalist Jamal Khashoggi in Turkey in 2018 is perhaps the most well-publicized of their recent abuses. Khashoggi was murdered after defecting from Saudi Arabia and using his platform as a journalist to criticize the regime. After an extensive investigation, U.S. intelligence revealed that bin Salman approved the mission that led to Khashoggi’s death. This discovery was met with widespread outrage, and the events garnered significant airtime in both U.S. and international media.

Khashoggi’s murder was not a stand-alone incident. Since bin Salman came to power in 2015, the country has faced a long litany of accusations pertaining to human rights abuses, including high arrest rates for human rights activists and involvement in the current Yemeni Civil War. Bin Salman has also publicly defended China’s use of internment camps to detain Uyghur Muslims.

On March 12 of this year, Saudi authorities executed 81 men, a decision condemned by human rights activists and ordinary people alike. It was not their first mass execution either—47 individuals were executed by the government in 2016, and another 37 in 2019.

With all of this in mind, LIV Golf is about a lot more than money. Bin Salman’s policies and actions—and how LIV Golf’s founding and funding are inherently tied to them—are precisely why “the soul of golf” is now at stake. As former PGA stars turn towards LIV, they are aiding and abetting an enterprise predicated on a regime that regularly and unapologetically commits horrific atrocities. The golfers who participate in LIV Golf make both a fiscal and a moral choice: a fiscal choice to earn higher salaries, and a moral choice to ignore the source of those salaries.

It isn’t just the golfers who are involving bin Salman’s politics in their game, though. Under the instruction of bin Salman, Saudi Arabia is involving itself in sports very strategically. The country has carved out a place for itself in the sports world in a variety of ways, including spending $60 million on the Saudi Cup (a horse race), negotiating a decade-long deal with Formula One that cost the kingdom $650 million, and purchasing Newcastle United, a soccer team in the English Premier League. These buyouts are not just about bringing more sports to Saudi Arabia, but also about improving public perception—or downplaying public criticism—of Saudi Arabia’s politics.

Despite Saudi Arabia’s laundry list of sportswashing attempts, LIV sits at the center of the controversy as the most jarring and obvious sportswashing-related action they’ve taken so far. The other decisions were noteworthy, to be sure, but none came close to the level of LIV, primarily because of the amount of attention it has received.

LIV seems to be the most threatening PGA challenger in recent history, with the potential to reshape golf as we know it. The inaugural LIV season only began in June 2022, so it’s hard to tell what kind of cultural influence and staying power it will have long term. Based on some of their comments, though, PGA officials seem to be nervous about LIV’s potential as a threat to their power in the sport, and the Tour has turned to lobbying against LIV whenever possible. “I would ask any player that has left or any player that has considered leaving: Have you ever had to apologize for being a member of the PGA Tour?” PGA commissioner Jay Monahan said recently.

It’s a valid point. It also reeks of desperation. Bringing up morality in an attempt to bring people back into the fold clearly illustrates that Monahan doesn’t have a counter to the money argument. He simply can’t compete with LIV funding, so he resorted to a guilt trip instead.

In some cases, this appeal has proved successful. Tiger Woods has repeatedly affirmed his commitment to the PGA Tour. As one of the most iconic golfers in modern times, he holds a lot of power and influence, and his refusal to jump ship in favor of LIV is an encouraging sign for the PGA. Another big star, Rory McIlroy, has publicly denounced LIV and those players who have left the PGA to participate. The PGA is alive and well by basically any standard.

However, regardless of how effective the moral argument has been for Monahan and the PGA, it comes with its own baggage. Some have argued that just about every country has ties to morally reprehensible entities, and that no history is above reproach—including the United States’.

That’s where abortion comes in.

Back in May, the Supreme Court issued a ruling in the case of Dobbs v. Jackson, overturning the formerly-guaranteed federal right to an abortion in the United States.

According to the Center for Reproductive Rights (CRR), 11 states currently have trigger laws on the books that ban abortion at all stages of pregnancy with no exceptions. Additionally, another 15 states have been deemed “hostile” to abortion rights by the CRR—most states in this category have either bans or significant restrictions on abortion rights in place.

Abortion restrictions of these kinds make it nearly impossible for pregnant people in 26 states to terminate their pregnancies; to do so safely and legally would require them to travel to another state, unless they are aware of the pregnancy early enough to get abortion pills mailed to them. For those without reliable transportation, the trek would be entirely dependent on someone else’s charity. For those who cannot afford to take time off work, abortions go from “nearly impossible” to entirely so.

Simply put, a pregnant person in those circumstances would have no choice but to carry their fetus to term. That is, as author Kate Manning pointed out in her Washington Post op-ed, equivalent to forced birth. It is, she writes, “cruel and unusual punishment”—and thus a violation of the Fourth Amendment. Furthermore, abortion bans are inextricably tied to economic and racial inequality, especially since they disproportionately affect low-income people of color.

As a result, many U.S. states find themselves in a somewhat similar situation to Saudi Arabia. At this crossroads of sports and politics, questions need to be asked about how the U.S. sports conglomerate is going to handle this moral dilemma.

Take Super Bowl LIX, for example. It’s scheduled to be held on Feb. 9, 2025, in New Orleans. Louisiana is one of the 11 aforementioned states mentioned above that has made abortion completely illegal. Were the NFL to work to move the game out of the state, it would exert economic and political pressure on the state (on average, the city hosting the Super Bowl makes between 300 and 500 million dollars) as the case of LIV Golf makes clear, money and optics can make a big difference.

If the NFL agreed to move its final game outside Louisiana because of these restrictive laws, it could cause a serious shakeup in both sports and government, and would set a groundbreaking precedent that other leagues could follow. With that being said, it seems incredibly unlikely that the NFL would make this decision. The league’s track record of lenient or nonexistent sanctions against players accused of domestic violence and sexual assault is a dismal standard for its morality.

This line of thinking doesn’t stop with the NFL, though. There are opportunities for many sports organizations to make a stand against restrictive policies in certain U.S. states when it comes to decisions related to marquee revenue-driving events, and the NCAA is a prime example of that.

Every year, the Women’s College World Series is held in Oklahoma City, Okla., where abortion has been outlawed completely. Although it is important to note that not all pregnant people are women, a women’s college sports league feels like an appropriate place to make a stand. The same could be said for NCAA women’s basketball, who will play their next three Final Fours in Texas, Ohio, and Florida—all states that have restricted or removed abortion access. Moving tournaments into abortion-friendly states would both make a powerful moral statement and take away a good chunk of revenue from states with oppressive reproductive policies.

Regardless of whether or not sports institutions in the U.S. choose to take this path, there is an undeniable reckoning looming ahead. The United States cannot condemn the actions of bin Salman in one breath (ironic on its own, given the United States’ historic economic relationships with Saudi Arabia) and take away their residents’ rights in the next without fully embracing a sort of hypocrisy so blatant as to be laughable. Even as the spotlight shines on LIV Golf and Saudi Arabia, there are echoes of sportswashing in our own country. Though the states mentioned in the examples above are not traditionally “sportswashing” per se, they very well could begin to do so. One way to prevent that is to move those events somewhere else entirely.

In the context of the United States, sportswashing looks less premeditated and more opportunistic. At its core, though, the same principles shine through. As sports continue to grow and evolve in this country, it is going to become increasingly difficult to avoid traveling down the LIV Golf path. If sports leagues want to avoid more “battles for the soul” of their respective sports, they might have to make a decision on what they stand for—and what they care about the most.

ecome increasingly difficult to avoid traveling down the LIV Golf path. If sports leagues want to avoid more “battles for the soul” of their respective sports, they might have to make a decision on what they stand for—and what they care about the most. 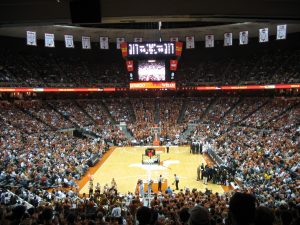