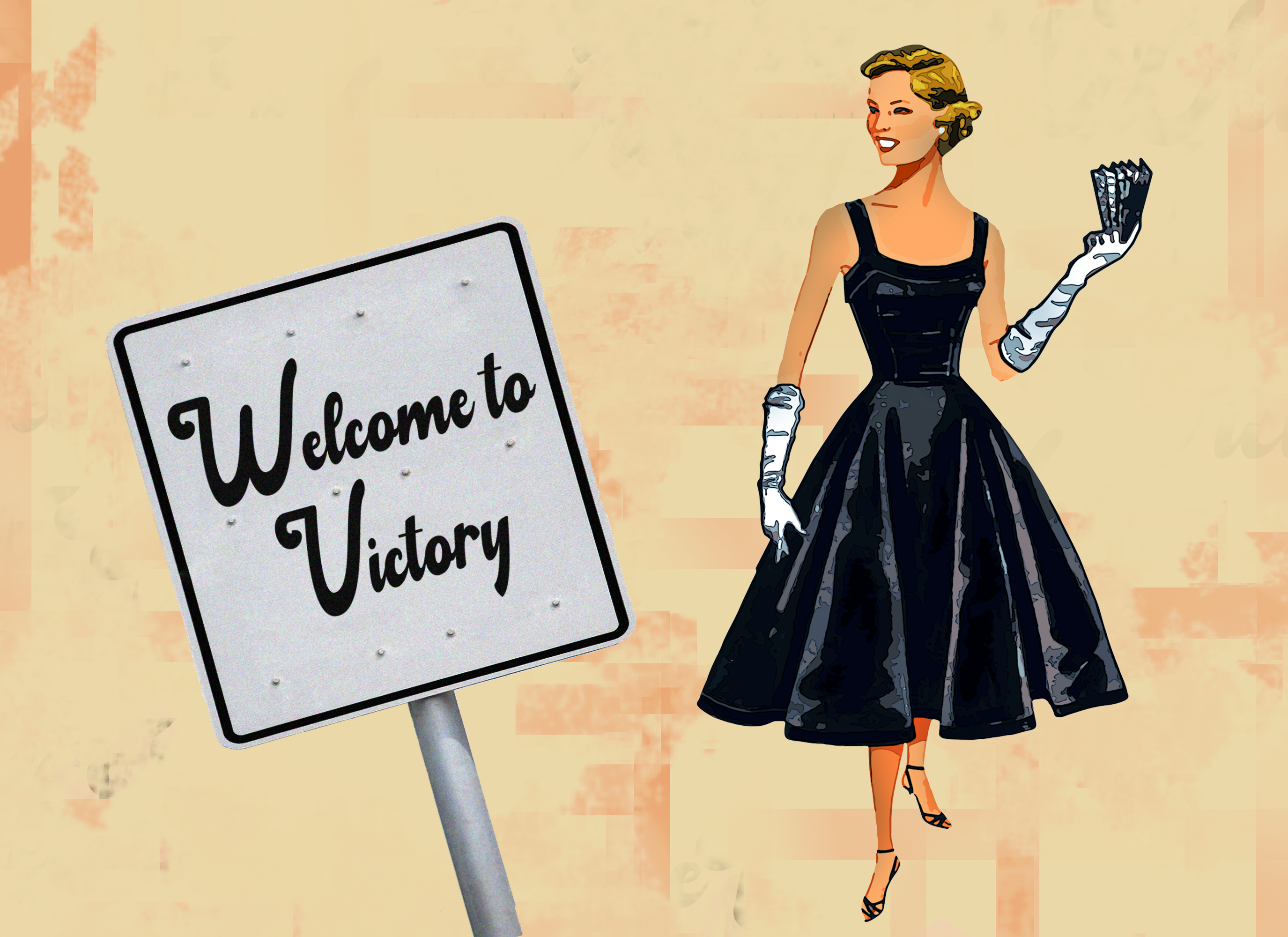 From Top Gun: Maverick to Elvis, films this year have achieved both box office success and cultural relevance, generating buzz from highbrow critics and Twitter memes alike. This feat has become more difficult than ever—with streaming and increasingly personalized algorithms fragmenting entertainment consumption along micro-demographic lines, media is rarely so universally seen and discussed. However, in 2022’s post-pandemic landscape, that trend appears to be reversing, and one film has particularly stood out for its dominance of the zeitgeist: Don’t Worry Darling.

Leading up to the film’s release, fans, critics, and reporters flooded timelines and tabloid covers with endless questions and salacious headlines: Did director Olivia Wilde leave ex-fiancé Jason Sudeikis for actor Harry Styles? Did Styles really just spit on castmate Chris Pine? Do Wilde and lead actress Florence Pugh hate each other? And, most importantly, should we be worried, darling?

Allow me to reassure you: Beyond the gossip and noise, there’s no cause for concern. While Don’t Worry Darling is far from the thought-provoking masterpiece of cultural commentary advertised by its director, it triumphs as a well-acted, visually compelling, and engaging film.

The film follows Alice (Florence Pugh), a resident of the Victory Project—a mysterious but idyllic mid-century cult headed by the charismatic Frank (Chris Pine)—as she begins to question the realities of her seemingly perfect life with her husband Jack (Harry Styles). Wilde ambitiously touted the film as a three-in-one exploration of complicity in harmful systems, the rise of incel culture, and the portrayal of female pleasure in media. While Don’t Worry Darling certainly addresses each of these themes, it does justice to none of them, largely due to the erratic pace of the film’s storytelling—the plot’s rising tension escalates in a stepwise fashion, leading to significant lulls before each all-too-rapid heightening in conflict, culminating in a rushed, unsatisfying conclusion that leaves viewers with unresolved questions.

While the cast, and particularly Pugh, delivers consistent, persuasive performances, the script flattens some supporting characters, especially Styles’ Jack, stripping depth from roles with real potential. Styles excels when performing pure emotion but falters when faced with nuance, leaving some scenes feeling either like exaggerated SNL sketches or low-effort table reads. Nevertheless, Pugh’s superb acting, along with the film’s compelling premise and well-executed production, more than compensate for these occasional shortcomings.

In a now-viral moment during the film’s premiere at the Venice Film Festival, Styles observed insightfully that his “favorite thing about the movie is, like, it feels like a movie.” While the quote, out of context, sounds incredibly stupid, it actually captures Don’t Worry Darling’s greatest strength: the immersive viewing experience it creates. The film excels at world-building, convincingly crafting a too-good-to-be-true, always-sunny utopia filled with impeccably groomed men and equally chic housewives blissfully flitting between the pool, the mall, and the kitchen.

John Powell’s soundtrack perfectly complements the film’s tone—saccharine 1950s tunes juxtaposed against increasingly ominous imagery emphasize the discrepancy between Alice’s peaceful quotidian life and the sinister hidden reality. As the plot progresses, the film’s decadent visuals guide viewers along Alice’s journey; at first, the characters’ well-appointed homes and stylish outfits signal luxury and relaxation, while the neighborhood’s manicured lawns and meticulously organized layout feel spacious and inviting. Yet by the end, as Alice’s world increasingly closes in on her, those same elements instead appear stifling and artificial.

Styles’ movie-that-feels-like-a-movie spiel rings particularly true during the film’s most ambitious moments, including a climactic car chase and an opulent 1920s-themed soiree. As Styles put it, Don’t Worry Darling has all the makings of a “go-to-the-theater film,” but ongoing negative press coverage and reviews may dampen Wilde and Warner Bros.’ box office expectations.

Innocuous jokes and serious scandals alike have plagued the film since the outset. The drama started with paparazzi pictures of Wilde and Styles looking coupley, on and off set. Observant (and nosy) fans questioned the timeline of their relationship given Wilde’s reportedly suspiciously recent split with her ex-fiancé, actor Jason Sudeikis.

Subsequently, the Internet was ablaze with accusations that Styles was a homewrecker, that Wilde was a bad mother, that a disheveled Sudeikis was both high and heartbroken at the Golden Globes (spoiler: he was neither), and, most curiously, that Pugh was uncomfortable with the resulting dynamic on set. As both Wilde and critics have noted, the fixation on her romantic life reeks of double standards, as male directors experiencing off-screen turbulence regularly enjoy the privilege of separating their professional and personal lives. Nevertheless, the love triangle narrative came to a head in May when Wilde was served custody papers onstage at CinemaCon while pitching Don’t Worry Darling to movie theater owners, a public spectacle that solidified the intertwining of the film and Wilde’s private life.

Furthermore, in recent months, much has been made of Pugh’s apparent reluctance to promote Don’t Worry Darling on social media, as well as her refusal to participate in any premiere events aside from walking the red carpet at Venice.

The most concrete insight into the purported tension emerged when Wilde discussed the departure of Shia LaBeouf, the actor originally cast to play Jack. Wilde claimed she fired LaBeouf because Pugh was uncomfortable working with him, but LaBeouf immediately refuted this narrative, releasing receipts ostensibly showing he quit of his own volition against Wilde’s wishes. Regardless of the logistics of his departure, LaBeouf was out, and Styles was hired instead.

Months after his exit, LaBeouf was sued by his ex, musician FKA Twigs, for alleged physical, mental, and emotional abuse, raising further questions about his conduct in general. If LaBeouf’s behavior and Wilde’s handling of the matter were indeed factors in Pugh’s strained relationship with the film, the stakes are significantly higher than mere tabloid gossip. While some aspects of the drama (like the now-debunked spitting debacle at Venice) are genuinely funny, the nonstop chatter and memes, particularly about the LaBeouf situation, epitomize social media’s tendency to trivialize serious topics.

Some say all press is good press, but when headline-grabbing rumors are accompanied by unfavorable reviews, even the most inquisitive audiences can be deterred. Despite its shortcomings, the film is ultimately enjoyable, although it remains to be seen whether that will be enough for Don’t Worry Darling to channel its notoriety and star power into tangible sales. If not, at least it gave us a few entertaining weeks on the Internet. 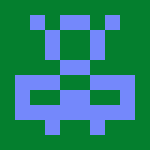 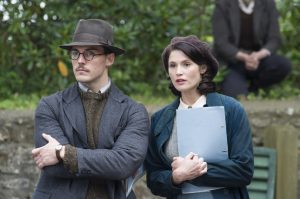