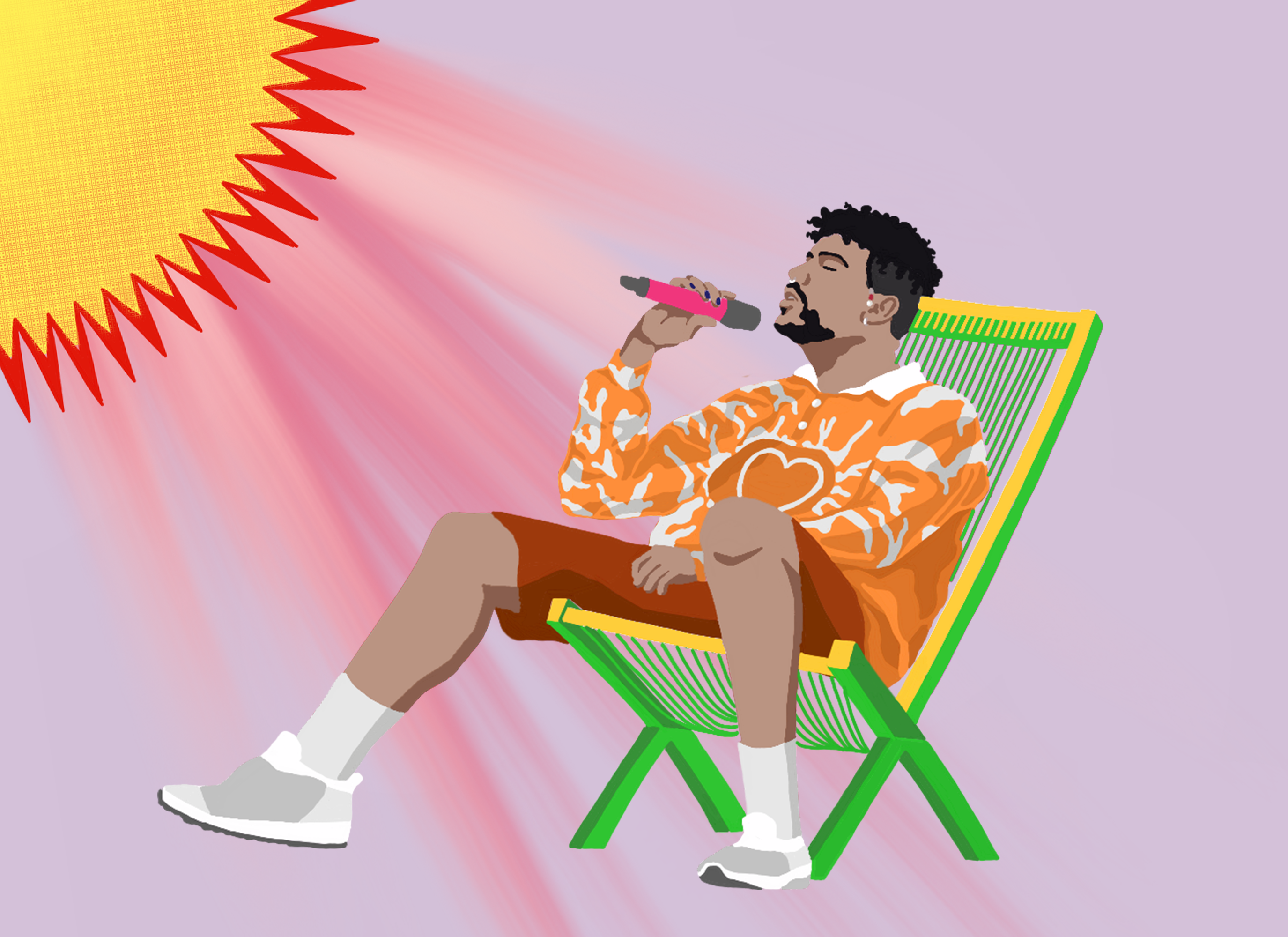 As the late August sun set on Nationals Park, the overhead lights dimmed and the transcendent synths of Bad Bunny’s “Moscow Mule” shook the sold-out stadium. Greeted by 41,000 screaming fans, he emerged in an orange tie-dyed t-shirt and his signature sunglasses. Bad Bunny transported concert-goers to the beaches of Puerto Rico and gave D.C. a much-needed opportunity to let loose and say goodbye to summer.

Benito Antonio Martínez Ocasio might be the busiest man in the music industry. In the past two months, he made his film premiere in Bullet Train (2022), opened a restaurant, won Artist of the Year at the VMAs, and sold out stadiums across the country. And that’s on top of making the album of the summer, Un Verano Sin Ti (2022). The numbers speak for themselves: The album debuted as number one on the Billboard 200 and remains the most-streamed album of 2022 on Spotify. If all that excitement tired the 28-year-old superstar, it didn’t show. Even as the crowd caught their breath mid-show, he roared “SEGUIMOS?!”

Bad Bunny established early on that he was bringing a visual spectacle as much as a musical one. During the show’s second song, “Me Porto Bonito,” fireworks flanked the stage as he rapped the wildly memed line “tú no eres bebecita / tú eres bebesota.” As he continued through his biggest hits on the main stage, a gaggle of colorfully clad dancers freestyled along the catwalks.

While some fans have complained about Bad Bunny’s sonic evolution from trap into an experimental form of reggaetón, the setlist seamlessly brought together his newest work and his roots. A number of songs from his first album X100PRE (2018) made it to the stage, many of which he hadn’t performed in years. He even refreshed his older hits, creating mashups and interpolating classics like Hector Lavoe’s “El Cantante.” After “Dos Mil 16,” an ode to his life pre-fame, he launched into a rapid-fire run of singles from his trap era, an unexpected but welcome return to his old material. By revisiting the songs that kick-started his career, he satisfied longtime fans and provided a moment of reflection on his astronomic rise to fame, proving that he’s still the same Benito.

Benito also paid tribute to his Puerto Rican musical predecessors, especially in his performance of “I Like It,” the 2018 collaboration with Cardi B and J Balvin that propelled him into the English-speaking market. Before starting the track, he played the song’s backbone sample, Pete Rodriguez’s boogaloo classic “I Like It Like That.” Listeners unfamiliar with boogaloo would automatically associate the playful piano and horns that kick off the song with Bad Bunny, but Benito subverted that expectation and deferred to his inspiration. It was a joy to hear and a vital reminder of the Latinx artists who paved the way for Bad Bunny’s success.

Throughout the night, the emphasis was certainly on perreo, a high-energy dance style associated with reggaetón. Still, Benito (sentimental Pisces that he is) made time for the melancholy side of his discography. During “Un Coco,” a mellow track about forgetting an ex, Bad Bunny levitated on a palm tree across the stadium, greeting the oft-forgotten nosebleeds. When he descended back to Earth, the signature horns of “LA CANCIÓN” filled the stadium, and you could practically hear the heartbreak.

There was no shortage of politics, true to Bad Bunny form. Towards the end of the concert, the whole stadium went dark. Confused fans started a chant of “otra!” while some moved towards the exit. Suddenly, a lantern was lit, casting just enough light to make Benito visible as he paced the stage. “It’s brutal without light, without electricity,” he said. “This affects a lot of people in Puerto Rico.” He went on to criticize LUMA Energy, the private power company that monopolizes electricity on the island. Since LUMA assumed control of the island’s power grid in June 2021, Puerto Rico has been plagued by power outages (los apagones), exacerbated by historical underinvestment in the island’s energy security.

As Hurricane Fiona devastates the island—shuttering the power grid, displacing thousands, and killing multiple—this issue has only become more prevalent, and Benito hasn’t been quiet about it. On Sept. 16, he released “El Apagón – Aquí Vive Gente,” a music video and mini-documentary that calls out Puerto Rican politicians for directly profiting off Act 22, which gives significant tax breaks to foreign real estate investors. While Bad Bunny’s style and sound may have changed over the course of his career, his commitment to Puerto Rico has not, and his eagerness to speak on issues facing the island demonstrates an unusual level of authenticity in the age of the Instagram infographic.

Bad Bunny’s ability to weave together the serious and the playful is utterly admirable. After expressing his discontent for LUMA, Benito dedicated the next song to the Boricuas of D.C. and launched into “El Apagón,” an energetic, fiercely danceable ode to his homeland that simultaneously criticizes LUMA and U.S. gentrifiers. Similarly, “Yo Perreo Sola,” a song that made waves for its empowering message of bodily autonomy on the dancefloor, was undeniably joyful; there’s something cathartic about screaming the chorus as you perreo alone, unhindered by leering lounge lizards.

Even in a stadium environment, Benito managed to give the impression that he was invested in everyone’s enjoyment. While he didn’t bring up an audience member to dance with him as on past tour dates, he made a point of interacting with the audience. Before “Yo No Soy Celoso,” he chatted with a couple in the front row, teasing about which of the two was more jealous.

Sometimes Bad Bunny’s talent as a performer can get lost in the tangle of his public persona and projects outside of music, so it’s worth reiterating: He’s clearly most at home on stage—the bigger the crowd, the better. His boundless energy makes him a joy to watch, and even as his reach grows, it’s clear that el hace lo que le dé la gana. 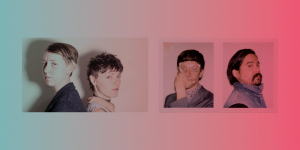