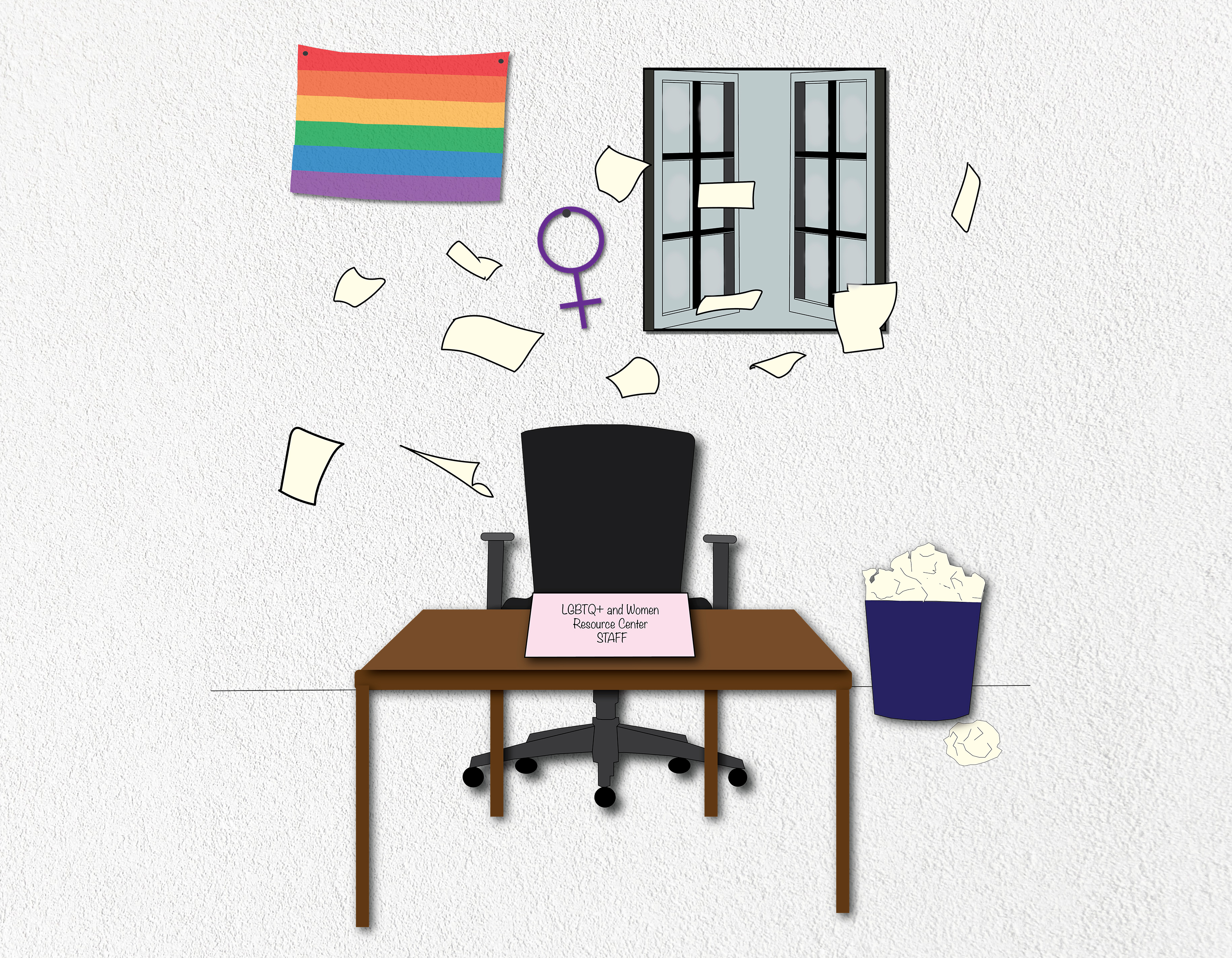 Since 2009, LGBTQ+ members of Georgetown have celebrated “OUTober” as a way of building community, showing pride, and holding dialogue about gender and sexuality. This OUTober, however, the LGBTQ+ community at Georgetown faces a glaring and continual problem: Since the beginning of the fall semester, the LGBTQ+ Resource Center has been operating without any full-time, professional staff members.

“It shows you where the priorities of the university lie, and it is clear that LGBTQ+ issues are not in the university’s priority list,” Ulises Olea Tapia (SFS ’25), who worked at the Resource Center for two semesters last year, said.

The LGBTQ+ Resource Center provides students with a variety of crucial services, from serving as a resource for students questioning their identities, community building, semi-confidential reporting for Title IX, and helping gender-nonconforming students change their names and pronouns in the university record system and apply for housing. Its centrality makes the lack of a permanent staff member particularly concerning.

In an email response sent to The Hoya and the Voice, Johnson explained her departure. “It was clear that I was not going to be promoted to director after over a year of acting in that role without the title or pay of that role. Although I received a raise, the pay at Georgetown was not enough,” Johnson wrote. “As a Black woman, I experienced many macro and microaggressions at Georgetown,” she added.

Claire Alarid (SFS ’24), the only returning student worker at the LGBTQ+ center, noted the impact of the university’s inaction. “I am, for all intents and purposes, the most senior person at the LGBTQ+ Center. That’s not a good thing. I’m a student worker,” Alarid said. “There won’t be a staff person in the office if students want to talk. There won’t be those resources at a professional level of support that Georgetown should be providing.”

Upon visiting the center on Sept. 29, Voice journalists solely encountered one member of the Military and Veterans’ Resource Center staff who volunteered to cover the shift in Leavey 325 that afternoon.

Georgetown has stated that it is attempting to guarantee the same level of support for LGBTQ+ students despite staffing problems. “While there have been staff departures, we are working to ensure that there are no disruptions to the services provided to students on campus,” a university spokesperson wrote in an email to the Voice. “We appreciate the staff who are supporting students in the Center currently.”

Despite Georgetown’s assurances, the LGBTQ+ Resource Center relies heavily on the work of student affairs staff from other understaffed campus centers, adding a significant workload to those who volunteer. This has fallen most heavily on the Women’s Center, located just next door.

Founded in 1990, the Women’s Center was established as “a space for women—faculty, staff, and students—to build community and thrive on the Hilltop.” With the departure of its director, Laura Kovach, in 2018, the Women’s Center also came under the directorship of Subbaraman. With her retirement, the Women’s Center was also left with only an associate director, Annie Selak. The university has since placed both centers under the Office of Student Equity and Inclusion (OSEI), reporting to the associate vice president for student equity and inclusion, Dr. Adanna Johnson.

Alarid noted that recent under-resourcing has especially affected the LGBTQ+ Resource Center’s ability to train its four new student workers. “I will be training them, and the Women’s Center director will be training them, which is obviously not ideal,” she said. “What’s going to happen is that some of [the responsibilities] are going to fall to the Women’s Center’s [Associate] Director, who is already underpaid and overworked.”

Many of the responsibilities of organizing programming for LGBTQ+ students have also been passed on. “I am also coordinating publicity for OUTober and facilitating Hidden Mercy, an event with journalist Michael O’Loughlin [on the actions of Catholics during the AIDS crisis],” Selak wrote in an email to the Voice.

Georgetown initially refused to recognize LGBTQ+ student groups, but eventually changed its position after a coalition of undergraduate and law students sued the university in 1981 for violating a clause of the D.C. Human Rights Act. Due to continued student advocacy over the next 20 years, President John DeGioia finally agreed to the creation of the LGBTQ+ Resource Center in 2008, making Georgetown the first Catholic university to establish such a center.

Tapia also emphasized the particular importance of the LGBTQ+ Resource Center in the current political landscape, noting a nationwide surge of anti-LGBTQ+ bills filed in state legislatures and fears among some legal experts that the Supreme Court may overturn pro-LGBTQ+ rulings. “The existence of the center is essential for the development of the students,” he said.

For Alarid, the university’s failure to properly staff the center paints a deceptive image for new students hoping to find a community here—especially given that standard Blue & Gray tours explicitly advertise spaces like the LGBTQ+ Resource Center as key student resources. “Georgetown is probably one of the only Catholic universities in the country that has an LGBTQ+ Center. It should be proud of that,” she said.

“But if it’s going to show that off to new students and tell students that they have all these resources, then they need to adequately fund that, they need to actually back it. It can’t just be an empty promise.” 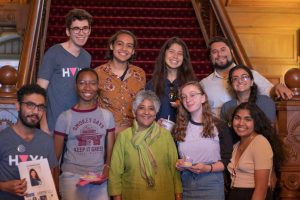