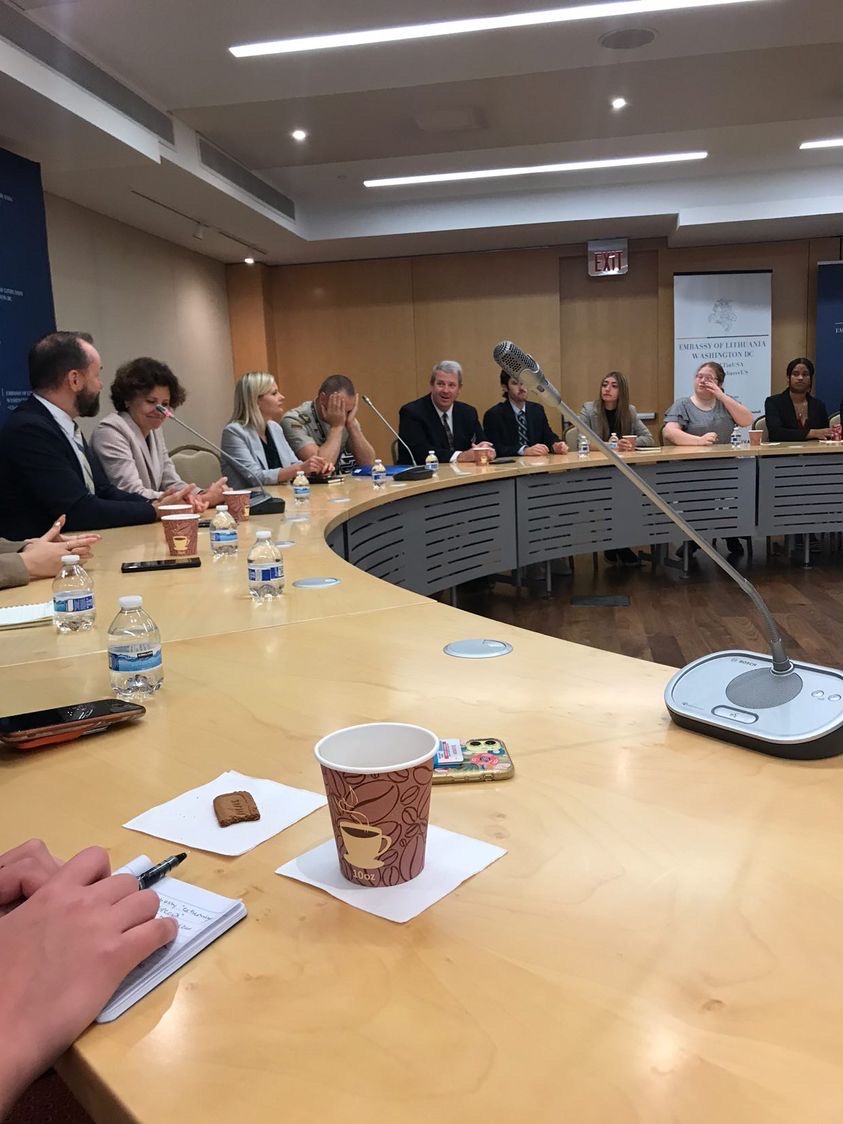 Members of Georgetown’s Ukrainian Society had the opportunity to join students from Gettysburg College in a visit to the Lithuanian Embassy on Sept. 23. Originally founded by Andrii Sendzuik (MSB ’24) and Sofia Sulek (SFS ’23) as “Stand with Ukraine” following the start of Russia’s invasion of Ukraine in Feb., the group organized rallies and raised awareness. This semester, the group has transformed into the Ukrainian Society, and the trip served as a means for students to broaden their understanding of Eastern Europe.

“Right now, we want to build something more sustainable. So we provide opportunities to students to educate themselves, not only about Ukraine, but also on politics and economics in the region,” Sendzuik said, emphasizing that the group plans to attend events, listen to speakers, collaborate with related businesses and organizations, and connect with the Ukrainian community in D.C.

Professor Rimvydas Baltaduonis of Gettysburg College happened to be visiting Georgetown during the CAB fair in September and was excited to see a table with the Ukrainian flag and approached the students, who were representing the Ukrainian Society.

“The students were very enthusiastic to tell me what they are planning to do at Georgetown University and I suggested maybe they would be interested to connect with some students from Gettysburg College that are also passionate about the conflict,” Baltaduonis said. “And without any hesitation, they said yes. Since the trip was already planned, I said, ‘Why don’t you join us?’”

Gettysburg students from both the International and Global Studies department and professor Rimvydas Baltaduonis’s Energy and Security class planned to meet with diplomats at the embassy as part of a week focused on issues in Eastern Europe and Ukraine. The college also held a panel discussion about the region and a concert dedicated to music from Eastern Europe.

Dressed in business formal attire, Georgetown students arrived at the embassy at 10:30 a.m., meeting about 30 Gettysburg students. After presenting identification and walking through metal detectors, the group entered the quintessential stone embassy, built in 1909.

Students had a few minutes to grab coffee and chat before a diplomat offered to show the group around, leading them up the ornate wooden staircase to the second floor, where the classic white walls featured colorful and abstract paintings by Lithuanian-American artists. In one corner, people could take pictures in front of Lithuanian, American, and European Union flags.

The embassy is especially important to Lithuanians, the diplomat explained, as the United States never recognized Soviet occupation of the nation and the embassy continued to function during the occupation from 1944-1990. After Lithuania restored its independence, the country has worked to globalize, joining NATO and the EU.

Ana Vashakmadze, a senior at Gettysburg who remembers fleeing Georgia during the Russian invasion in 2008 at just eight years old, felt isolated in the Gettysburg community. The invasion of Ukraine had many of the same hallmarks as the earlier invasion of Georgia, making the trauma difficult to process, especially without institutional support.

“Nobody really talked about it,” she said.  “I had to go through this tragedy [of the Russian invasion of Ukraine] by myself, because we don’t have that many Eastern European international students. I didn’t like how the [Gettysburg] college didn’t acknowledge that this huge thing was happening.”

Vashakmadze reached out to Baltaduonis, who is Lithuanian. They organized a rally to raise awareness about the region and later raised money to support Ukrainian refugees. Students from Gettysburg, including Vashakmadze, visited the Lithuanian embassy last March as well.

“Being Georgian, Lithuania has always been a role model,” said Vashakmadze. “That the country went through USSR occupation but found ways to be a successful European country. The Embassy, for me, is this cozy, homey environment. These people know my country’s struggle, and they’re the ones who give people hope that it’s going to be fine and once we defeat Russia things are going to get better.”

The diplomat finished the short tour and brought the group back to the first floor, where the students sat at a large circular table awaiting the Lithuanian Ambassador to the United States and Mexico, Audra Plepytė.

She spoke for approximately 20 minutes about Ukrainian and Lithuanian solidarity, the threat of Russia, and the issue of energy in the upcoming European winter.

Like many of her compatriots, Plepytė can remember the Soviet occupation of Lithuania and therefore feels especially empathetic to Ukraine’s current situation. “You couldn’t speak, you couldn’t do what you wanted,” Plepytė said. Because of the country’s past, today: “Lithuania is for human rights, for freedom, for liberty.”

After finishing this introduction, she opened the floor to questions from students. Students asked questions about a wide range of topics, including Ukraine’s journey to join NATO, Lithuania’s support of Ukraine, and the effects the war has on energy supply in Europe. Those who asked questions included Ukrainian, Latvian, Taiwanese, and Georgian students.

“The main way to be empathetic about some conflict or tragedy is having somebody tell you personally how it’s affecting them,” Vashakmadze said.

The visit ended at 12:30 p.m., when the Gettysburg students had to move to the next stop on their visit to the District. Standing outside of the embassy, the entire group took a photo and students exchanged contact information.

“This trip was a great example of how students from different universities and colleges benefit when they come together and have a better ability to collaborate on attacking some of these issues,” Baltaduonis said. “Students working together can achieve much more than separately.”

This year, as the war in Ukraine continues, members of the Ukrainian Society hope to continue advocating for and learning the region, having recently met with members of Congress to advocate for sanctions against Russia.

Sendzuik said he hopes to continue building connections with other students and organizations. “In terms of advocacy and awareness, it’s very important to engage as many students as possible, especially when you have the demand for information and events,” he said. “It’s important that we build these connections and build off of them in the future.” 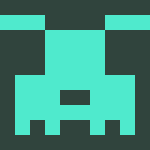