Under (the) Siege: Halle Bailey’s color-blind Ariel and the role of race in fairy tales 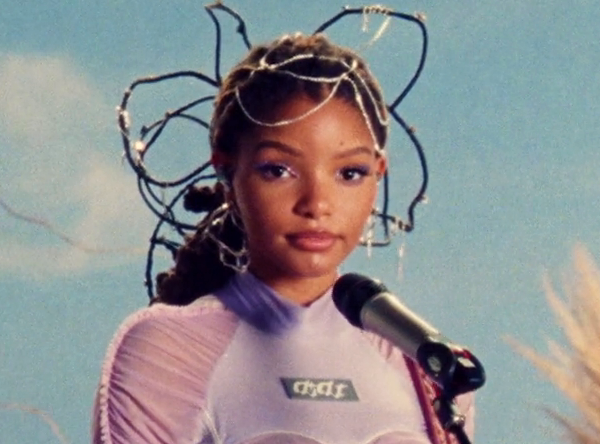 The upcoming live-action adaptation of yet another Disney Renaissance-era classic, The Little Mermaid (1989),  has sparked discussion about diversity and casting equity on the big screen. In light of the D23 Expo from September 9th through 11th, all social media platforms have been ablaze with discussion regarding Halle Bailey’s portrayal of Ariel. Make no mistake— the angry Twitter mob of Karens furiously typing away about the importance of “sticking to the original material” is being transparently bigoted and is only concerned about preserving white supremacist structures within media. Why shouldn’t Ariel be black? Why do we have to racialize fairy tales to fit the narrative of white normativity?

Racialization refers to the sociological, and political process of ascribing or perceiving an object, person, or experience through the lens of race. In her 2005 journal article, “Seeing White: Children of Color and the Disney Fairy Tale Princess,” author Dorothy L. Hurley highlights how Disney’s adaptation of the initial Hans Christian Andersen tale utilized subliminally racialized binary color symbolism in hopes of translating moral character.

“The Little Mermaid [is] red-haired and blue-eyed…the film opens with the characteristic white birds which point to Ariel’s goodness… the evil Sea Witch, Ursula, has blue-black skin and a black body throughout most of the film. While she is not obviously black, the nuances of her speech and movement are stereotypically Black.”

According to Hurley, it is all about creating juxtaposition. Ariel is good, Ursula is bad; Ariel is thin, Ursula is curvy; Ariel is white, ergo, Ursula must be black. Hurley continues, “if literature is a mirror that reflects human life, then all children who read, or are read to, need to see themselves reflected as part of humanity… while the absence of people of color in fairy tales may not be intentional or sinister[,]… the damaging effects of the preponderance of an almost all-White world of fairy tales should not be underestimated.” In her 2019 poetry anthology Black Girl, Call Home,  poet Jasmine Mans powerfully captures the irreparable damage done to millions of Black adolescents in a poem she created in response to the 2019 casting announcement titled “The Little Mermaid”: “when they tell the Black girl she can’t play mermaid, ask them, what their people know about holding their breath underwater.”

The Twittersphere’s spectrum of outrage regarding other racialized casting serves as a cultural thermometer for discerning the cultural tolerance and reinforcement of white normativity. It does not erupt into flames in nearly the same way when white actors falsely portray characters of color. Whitewashing has been common in the film industry: Scarlett Johansson’s Major in Ghost in the Shell (2017),  Jake Gyllenhaal’s Dastan in Prince of Persia (2010), Tilda Swinton’s ‘the Ancient One’ in Doctor Strange (2016), the list is endless. Ironically, early Disney princesses like Jasmine and Esmeralda were voiced by white women! Communities of color try to express their outrage but swiftly get sidelined by industry executives falsely stating that diverse leads cannot rake in the same box office projections as their white counterparts, despite living in a post-Black Panther (2018) and Crazy Rich Asians (2018) paradigm. And yet, as successful as both movies were in representing massive audiences, their casts needed to be Black and Asian, respectively, for the sake of the story. Hollywood communicates to diverse audiences time and time again that they only deserve representation when stories explicitly cover race, culture, or identity, yet, whenever characters and actors of color take on roles that are not heavily racialized, it begs the question of if their presence in the show or film is tokenized. To this point, we revisit Bailey and the Little Mermaid. Was the studio’s decision to cast Bailey simply one of tokenism or, in Twitter terms, woke casting?

The film’s director Rob Marshall hinted at color-blind casting, telling reporters at D23, “there was no agenda, with Halle Bailey… we saw everybody, but [the role] was [Bailey’s].” Anyone arguing that Bailey landed the role because of “woke casting” would be actively dismissing Bailey’s massive talent and cultural relevance. However, it is salient to examine color-blind versus color-conscious casting and its implications on representation. Mermaids are mythical creatures, and Ariel’s ‘race’ is arbitrarily white, but nothing about her character or experiences hinges upon her whiteness; as such, this story can warrant color-blind casting and allow the representation of the actor not to be undercut by intertextuality. But, that is not always the case:  juxtapose this situation with Hamilton (2015) which debuted with a notably non-white cast. The show’s creator Lin Manuel Miranda echoed similar comments about color blindness in the casting process, but many critics were quick to point out that many of the performers of color were tasked with playing and humanizing their oppressors. It is essential to ensure that actors are color-consciously cast in order to not misrepresent or silence communities.

All of that to say, if the countless videos of young Black girls gasping loudly at their screens, eyes sparkling as their smiles widen, on my TikTok for-you-page are an indicator of anything, Halle Bailey’s Ariel does not mean just a part, but indeed the whole world to them. 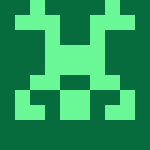