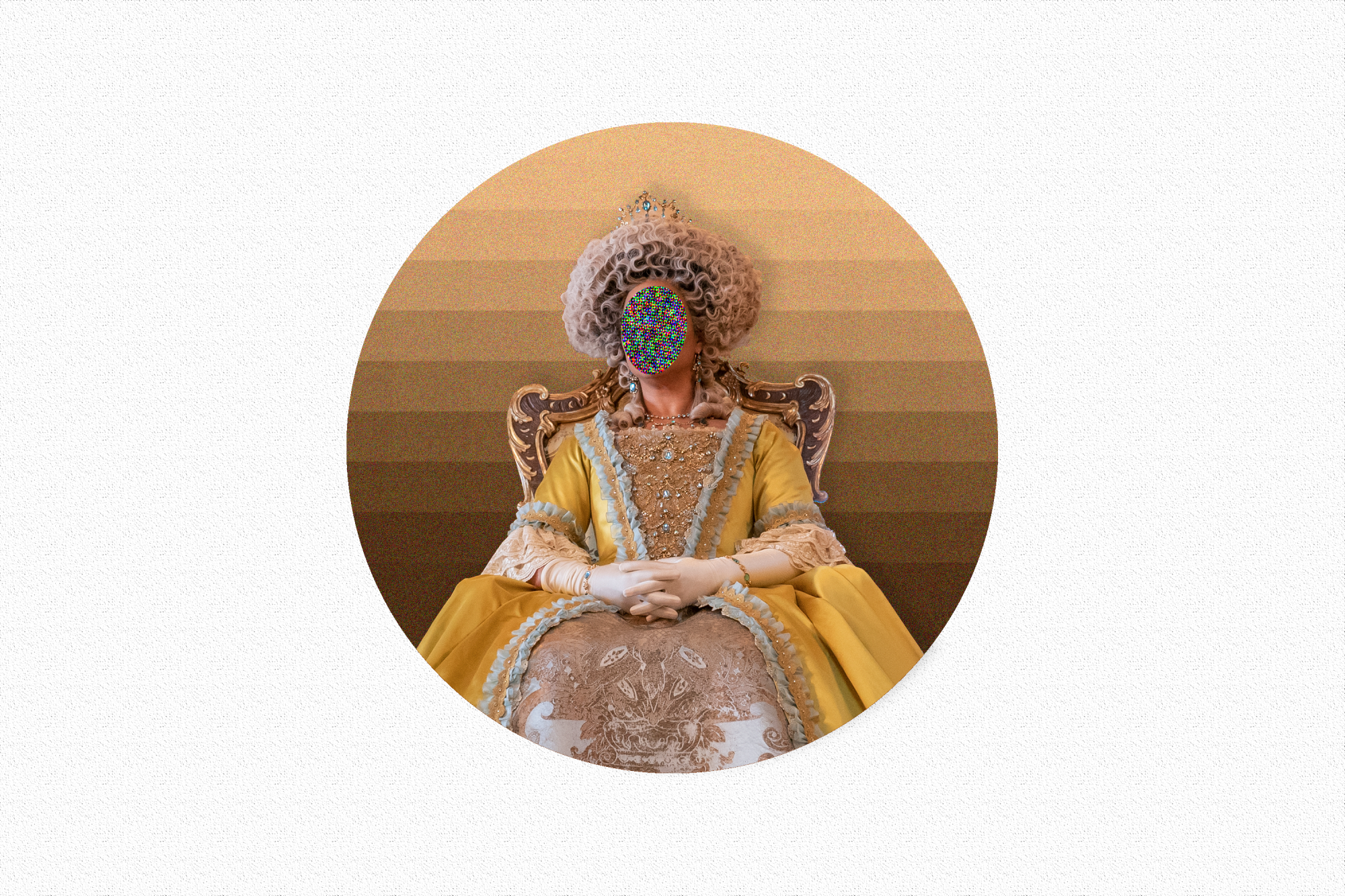 When I first saw the trailer for Bridgerton, I could hardly wait for Christmas Day. As a dedicated fan of Scandal, Jane Austen, and Gossip Girl, Bridgerton seemed like the perfect amalgamation of my favourite genres. Trailers promised a regency era drama following the scandals of London’s elite, narrated by a mysterious observer through her gossip column. More exciting than the storyline was the inclusion of a diverse cast; a shock compared to most historical dramas available. Undeniably, I did enjoy Bridgerton—it was a great distraction for the two days following Christmas. But as I learned more about the show and its creation, I realized there were several problematic aspects I had missed in my festive turkey-induced haze.

Bridgerton has been criticized for many things: a scene involving dubious consent, a lack of historical accuracy in costumes, and a lack of true diversity. I want to focus on the diversity issue, specifically the way the show was cast, and how it reflects changing diversity standards in the media industry. When interviewed, series creator Chris Van Dusen claimed to have used “color conscious” casting to fill roles in the show. Color-conscious casting acknowledges the dimensions that race can bring to a story, and in most cases, embraces them. It is an increasingly popular alternative to color-blind casting, which asks us to suspend reality and imagine a world where race is not important. Color-blind casting was initially introduced as a way to bring more actors of color on screen. As discussions about the effects of race on everyday life have become more mainstream, color-conscious casting has become more present. There is a growing debate as to which casting approach is more appropriate, and it’s important to consider the ways we incorporate diverse casts into period dramas where racial diversity is not historically accurate.

Period dramas can generally be divided into two categories: those with the goal of telling a historically accurate story, and those that prioritize the drama and plot. Shows that intend to be more historically accurate tend to be less diverse. Think Downton Abbey, which follows the lives of the aristocratic Crawley family in early 20th century Yorkshire, England. When asked about the lack of diversity in his shows, the creator stated that “you must create something that is believable” and that the settings of his shows were not historically racially diverse, therefore, in the interest of historical accuracy, the cast could not be racially diverse either.

For shows that are less concerned with historical accuracy, and wish to include racial diversity, there exists a spectrum ranging from color-blind to color-conscious casting. When casting Hamilton—the hit historical musical— the producers put out a call for non-white actors. Having a racially diverse cast tell the stories of the founding fathers—white slave owners—adds another depth of contemplation to the way we remember American history. In an interview with IndieWire, Hamilton cast members discussed the power of voicing the characters of the founding fathers through black and brown bodies, and how it evokes the loftier aspirations of their work, despite shortcomings in the founding fathers’ own lives. In contrast, the inclusion of actors of color has no effect on the story being told in The Personal History of David Copperfield (2019), an adaptation of Charles Dickens’s David Copperfield. Instead, the producers used color-blind casting to show that people from diverse backgrounds can have the same opportunities to be involved in historical dramas.

Bridgerton sits somewhere in the middle of the spectrum, not really committed to color-conscious casting, but not color-blind either. The way that race fits into the storyline seems to have been an afterthought. Race was addressed once—in the fourth episode of the show—during a conversation between two Black characters, Lady Danbury and the Duke of Hastings. The conversation, which attributed the diversity of the society to love conquering prejudice, was so shallow that I wish they hadn’t included it. It certainly didn’t change or add meaning to the plot. The conversation seemed serious, but the topic was never addressed by any white characters, therefore implying that race is only important to POC, and not society as a whole. A truly color-conscious production would have woven the experience of being Black in a newly integrated society into the plot—or at least addressed it in more than one conversation. Such a shallow observation glides over the important and difficult conversations a conscientious show should be having about racial integration and equality. Since the explanation was so unsatisfactory, I would have preferred the show not include an explanation about why there were POC present. That way, I could have pretended that the showrunners had simply realized how talented actors of color are, and how absurd it is to leave them out of interesting narratives. The way that the showrunners chose to address racial diversity in the show made it seem forced, and as though the impact of having POC in a historical drama should only be felt by the actors or characters of color.

Since its debut, the show has faced accusations of colorism—there are no Asian or Latinx cast members in speaking roles. It has since been announced that an actress of Indian descent will join the main cast next season, but I wonder if this is in response to criticism, rather than an acknowledgement that including one minority doesn’t equate to diversity.

There is, of course, criticism of both color-blind and color-conscious casting. Critics claim that color-blind casting either removes race from the equation or reduces POC to just their race. It also benefits white actors more than POC, because there are so few roles written with POC in mind. Color-blind casting has also been said to let Hollywood “off the hook” for creating stories about POC because they are being inserted into white stories. Additionally, as Angelica Jade Bastién wrote for The Atlantic, it perpetuates the idea that race is only important in stories that explicitly tackle it, rather than something that is ingrained into society.

Once upon a time, color-blind casting was a great way to introduce POC into mainstream media, but it’s no longer good enough. Color-conscious casting is certainly a better alternative since it takes into account the way that race changes a character’s story, but we need to move beyond inserting POC into narratives that aren’t created for them. In order for color-conscious casting to be effective, conversations and plotlines about race need to be woven into the narrative, rather than shoehorned in and only addressed by characters of color, as was the case in Bridgerton.

I would argue that shows that choose a racially diverse historical setting do the best job of thoughtfully including POC in historical narratives. Many shows become increasingly diverse over time to reflect the integration of society; this is especially true of shows set in the 1950s and 60s. Call the Midwife, a show set in what would have been a predominantly white neighbourhood in London introduces more cast members of color as the setting of the show becomes more diverse with time. The show’s many supporting cast members become increasingly diverse as the show progresses, and in the seventh season, a Black midwife is introduced to the main cast, to reflect the influx of immigrants from the West Indies. By choosing to write a narrative that integrates the stories of people of color in a historically accurate way, shows like Call the Midwife do a much better job of promoting diversity in TV than shows where POC are fit into roles written for white characters. They provide opportunities for actors of color to be involved in shows that value historical accuracy and are centered around white characters, without pretending that race isn’t an important factor. Rather than finding ways to add actors of color into white history, producers should be working to amplify diverse historical narratives that provide opportunities for POC to be involved in the film industry and share their rich histories.

The lack of diverse narratives in TV and film is appalling. After the success of movies such as Crazy Rich Asians or Ma Rainey’s Black Bottom, there is no reason to believe that a production centered around POC cannot be successful. If we are really going to tackle the lack of diversity in the film industry, we need to start by creating equal opportunities for actors of color,  and that involves writing more diverse narratives. Not only is there a lack of roles for POC, there is also a lack of POC writers and producers in the industry. Both Hamilton and Crazy Rich Asians were created by people of the same race and similar cultural backgrounds to the actors, and the tone of both productions is incredibly different to that of productions where white showrunners have tried to practice color-blind or color-conscious casting. The very nature of race and race relations in the western world and film industry means that a white producer will never truly be able to understand the context of being a person of color, and how that will affect a character’s story—whether the intention is to address race or not.

There needs to be greater racial diversity throughout the entire film industry, and we definitely need to move away from the idea that every character is white unless otherwise specified, or every period drama is set in England. POC are every bit as talented and deserving of a wide array of roles as white actors, and their history is just as interesting and screenworthy. We need to start providing POC with the same opportunities as white actors to be successful in any genre on screen. 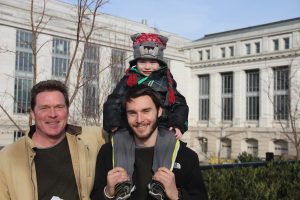