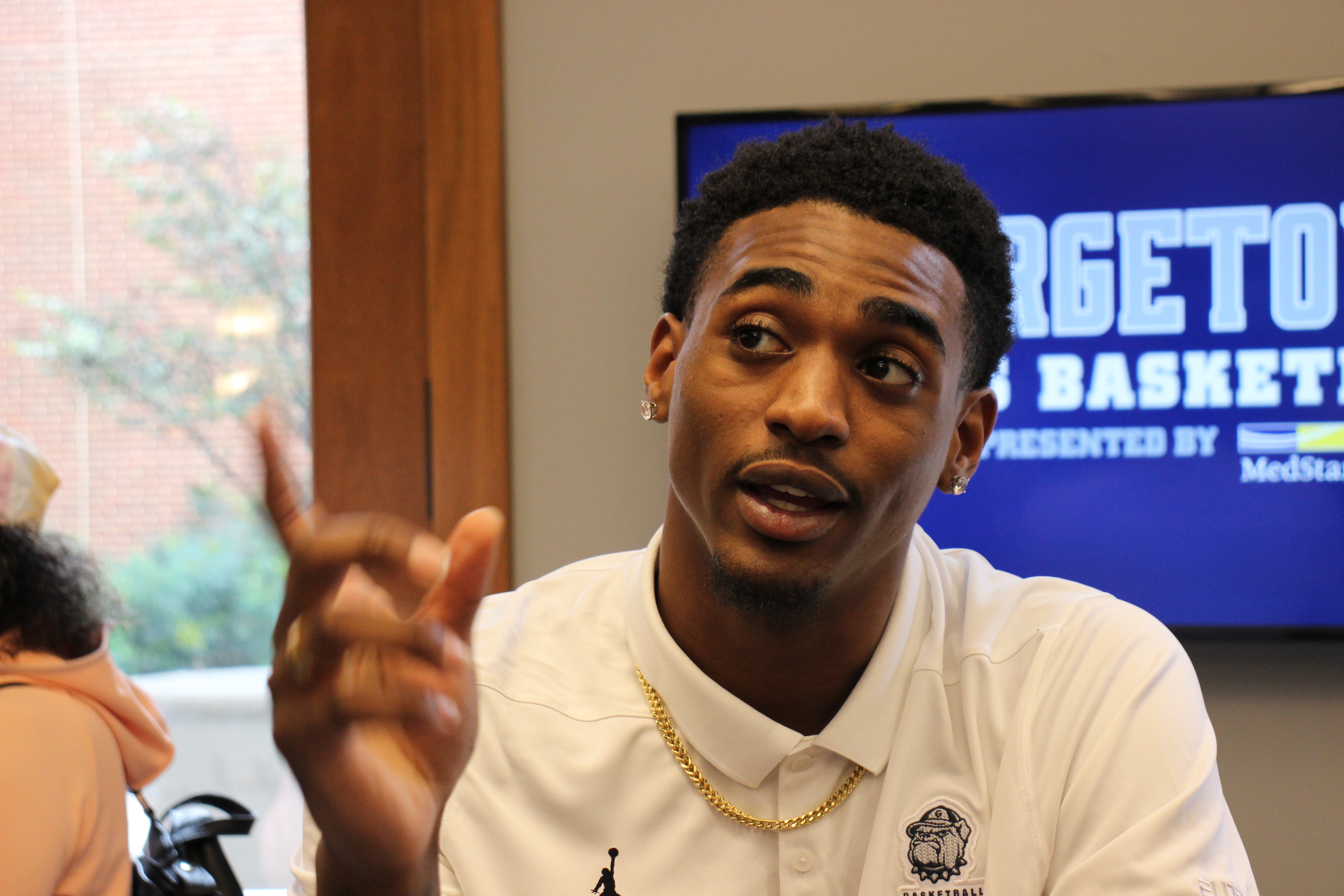 If you spot Brandon Murray on campus in his sweatpants, be sure to keep your distance.

Murray, the sophomore transfer from Louisiana State University (LSU) who looks to be the Hoya’s primary scoring option this coming season, likes to stay put-together in all aspects of his daily life. This goes for his performance on the court as well as his appearance off of it.

“I always present myself well, as in fashion, or anything,” Murray told me. “So understand that, if you see me, you can tell how I’m feeling by the clothes that I’m wearing.”

If he’s gone more casual than his usual well-constructed outfits, “I just wanna be left alone,” he added, laughing.

Since arriving in D.C. early this summer, Murray has settled into a rhythm. Breakfast is French toast from Epi—“I’m really there every morning,” he told reporters at a media day on Oct. 26. Lunch or dinner is often from Wisey’s—a chicken Philly is his usual.

“I’m used to having a deli, being born in New York,” he said.

That rhythm includes daily practices on the court, which are always followed by conditioning, a directive from the coaches that gets on Murray’s nerves.

Murray showed he could stay in the game with his performance at LSU last year, logging the most minutes on the team and scoring 10 ppg. He’ll get considerably more touches for the Hoyas this year, which should translate to more scoring.

When asked what he does to reset after tough losses, Murray related his answer to what he feels he does best: “Work. Honestly, I feel like that’s the only thing that you can do. Just get together and work.”

His competitiveness shows in every minute of his play on the court, as well as the way he talks about basketball at every opportunity. “I’ll do everything I need to do for us to win,” he said.

Murray sees himself as a leader on the Hoyas, and Coach Patrick Ewing seems to agree.

“He’s a talented young man. He can score at all three levels, and he’s also a very good defender,” Ewing said of Murray at media day. “So putting him in with the changes that we’ve made on the defensive end is going to help us. And offensively, the fact that he can score the ball at a high clip, that’s also going to help us.”

The biggest change the Hoyas have made on defense this offseason was to hand the keys of that side of the court over to Kevin Nickelberry, the program’s new associate head coach. Ewing announced this change on media day, saying, “I’ll be doing most of the offense, but you try to do everything you can in terms of, when you’re not successful, you have to change.”

Nickelberry, like Murray, came from LSU, which had one of the best defenses in the country last year, leading the NCAA in steals per game. Nickelberry was elevated to interim head coach in March when the Tigers fired Will Wade.

Murray said that when he was choosing his college ahead of his freshman year, Nickelberry was persistent in recruiting him. He was the main reason Murray chose LSU in that first recruitment race—and following him to Georgetown was a key reason Murray decided to transfer here over the summer.

“Me and Coach Nickelberry, that’s my guy,” Murray said. “He’s real important to me. And I feel as though having a familiar face around has just made me a lot more comfortable in my game and everything.”

Another key reason he chose Georgetown was location. Murray went to high school at Poly High in Baltimore, and said that after a year at IMG Academy in Florida, and another year in Louisiana, he’s glad to be back in the area.

“It feels great to be back in the DMV,” Murray said. “This is home.”

Murray stressed his love for his family repeatedly, who he said got him started in the sport. “My family put the basketball in my hands, so I’m gonna just take it as far as I want. They had to do everything for me, so I gotta pay them back for the support that I love.”

Just as Coach Nickelberry helped bring him here from LSU, Murray helped secure the talents of a friend for Georgetown not long after he himself arrived: Amir “Primo” Spears, who spent a year at Mount Zion Prep in Prince George’s County. Spears transferred to the Hilltop after a promising 2021-22 season at Duquesne.

“He was probably 75 percent of why I came to Georgetown,” Spears said of Murray on media day. “When I got that call to come play with my best friend here, it was easy to make that decision. Me and B. Murray have been together through some of our darkest times, losing a close friend together.”

“His name was Ian Wallace,” Murray elaborated during our interview. Wallace was one of Murray’s teammates at Poly High, then one of Spears’ teammates at Mount Zion, and is the reason the two met. Wallace passed away last September.

“Ever since then, we just grew fond of each other and we got real close. That’s my best friend, I feel as though we was just a package deal, honestly,” Murray said. “If I was gonna come here, I wanted him to come here.”

Now, playing side-by-side on the court for the first time, Murray and Spears expect to use their chemistry to make a name for themselves in college ball and prove their stuff: “We’re the best backcourt in the BIG EAST.” 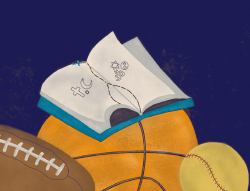 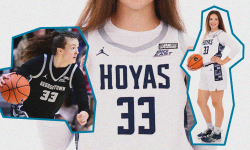