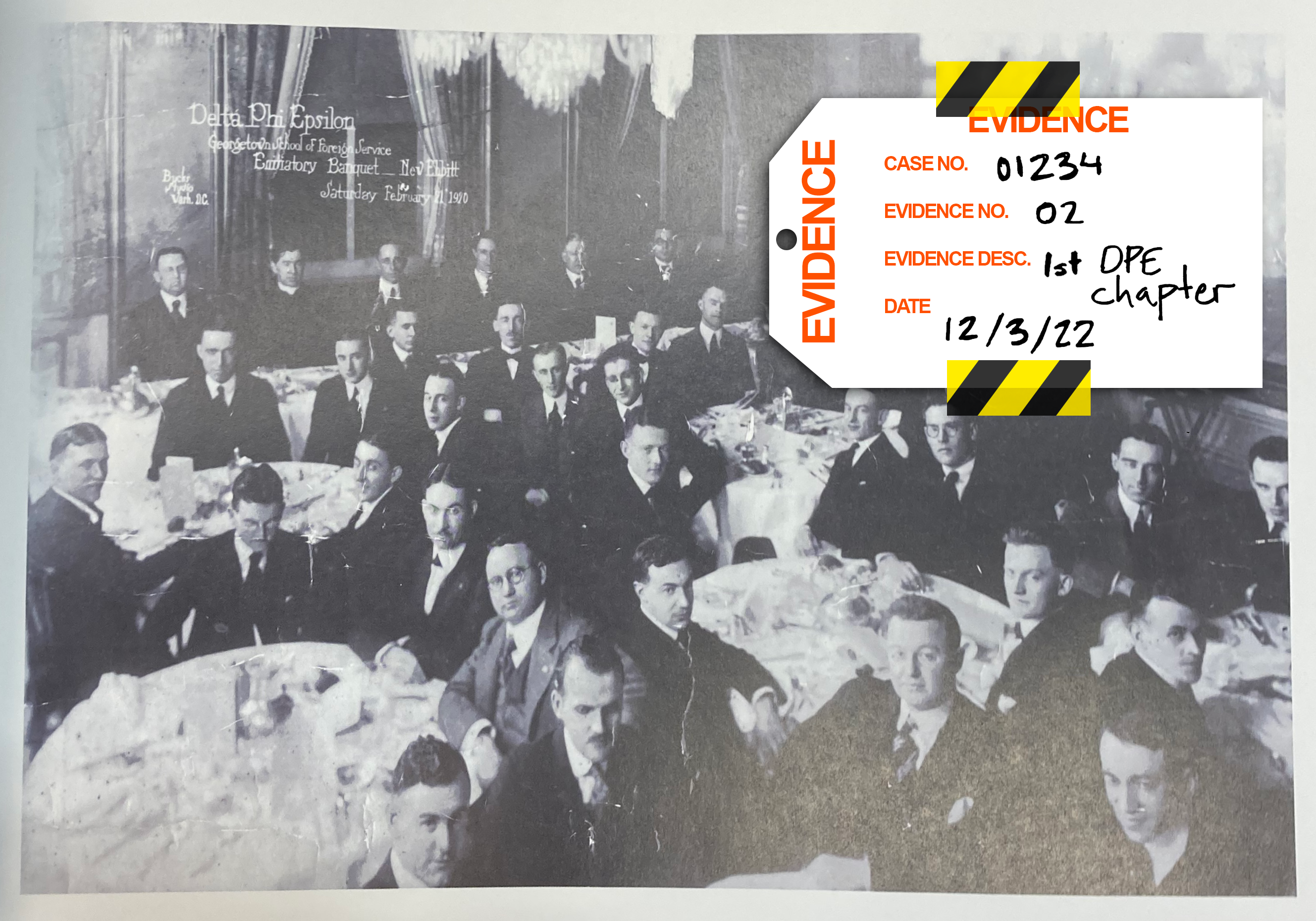 A once-prominent fraternity at Georgetown, Delta Phi Epsilon Professional Foreign Service Fraternity (DPE), and an associated nonprofit charity organization are the center of a recent civil suit. Terrence Boyle (SFS ’63, LAW ’72), the former general secretary-treasurer and treasurer of both organizations, is embroiled in civil litigation relating to his oversight of the organizations and their assets, though Boyle denies all allegations.

With the university’s refusal to recognize fraternities and sororities, Greek life plays an arguably limited role today in shaping campus culture. But that hasn’t always been the case. DPE once held a prominent spot in the social and academic life of Hoyas, although it is no longer active on campus.

The fraternity has acted as a social hub and networking tool for thousands of students and prominent alumni, including several SFS deans, ambassadors, high-ranking generals, and war heroes like Jan Karski. It has expanded to include approximately 14 active chapters across America, both fraternities and sororities, although at one point nearly 50 chapters were active.

Boyle pledged to the DPE fraternity in 1963 and held an officer position since the 1980s, a position he held for nearly 40 years. Boyle was responsible for overseeing Georgetown’s chapter house, fraternity pledging, and organizing the finances of the fraternity, according to several fraternity members.

Importantly, he was the treasurer for the Delta Phi Epsilon Foundation for Foreign Service Education, a nonprofit organization that served as the charitable arm of the national fraternity with the goal of raising scholarships for students interested in foreign service when funding permitted and providing a library and lecture spaces for interested individuals. It was incorporated in 1963 and is a separate legal entity from the fraternity. According to several fraternity members, Boyle eventually took almost total control over both the fraternity and the foundation. Now, thanks largely to the actions of Boyle, the fraternity is now in the midst of controversy and civil litigation.

Allegations of sexism and xenophobia against Boyle surfaced right before the biennial national convention of the fraternity in 2018. In a Chronicle of Higher Education article, he was accused by several female students at Georgetown and the George Washington DPE sorority of giving them unequal responsibilities compared to their male counterparts.

“Never was anything required, or even asked, of any sister not also required, or asked, of the brothers,” Boyle wrote in a July 24, 2018 refutation of the Chronicle article disputing all allegations acquired by the Voice. Boyle declined multiple Voice requests to comment on the record, but provided relevant documents regarding various allegations.

He was further accused in the same article of devaluing the existence of mixed-gender organizations (“fratosororities”), of failing to condemn transphobic comments, and of making xenophobic comments toward non-citizen pledges.

“Nothing else that I have publicly said or written has been cited to show any sexism or xenophobia,” he wrote.

Two students, Meghna Batra and George Kadifa, who are two George Washington alumni and DPE pledges, circulated a Facebook petition signed by over 450 students and alumni calling for Boyle’s removal. Despite the petition, he retained his position and denied all allegations.

“All a pack of lies,” Boyle wrote in his refutation. “The heart of that attack article in the Chronicle of Higher Education is several utterly false accusations against me.”

The next month, the entire undergraduate board of the Alpha Chapter at Georgetown resigned and suspended all official chapter activities. Boyle responded by replacing the board with non-Georgetown undergraduates. The move marked the unofficial end of the Georgetown DPE chapter, as the fraternity never recovered.

“The foundation had not performed any of the charitable functions that were identified in its submission to the IRS or its justification submission to the IRS. That included holding educational events, granting grants and scholarships to people studying foreign service,” according to Chris Christon (SFS ’67), an Alpha chapter pledge who served in Vietnam as well as Air Force intelligence.

“It then became very clear that this foundation was a non-functioning, presumably charitable entity,” he added.

The foundation had, according to its online records, collected over $325,000 from 1985 to 2020. Significant amounts were donated by alumni like Christon. These same alumni quickly grew frustrated as it appeared that none of this money was given to students as intended.

“This is money that should have gone to Georgetown students,” James Abely (SFS ’88, JD ’95), an Alpha chapter pledge and lawyer, said in an interview with the Voice.

The financial records also revealed several potential issues related to the purchasing and transference of property. In 1990, Boyle purchased a house on 34th Street in West Georgetown. Financial records, however, indicated to Christon and the other alumni that Boyle didn’t purchase the $345,000 house alone—the foundation contributed nearly $150,000 to the purchasing of the house, a percentage so high the foundation was listed as “half owners,” according to court documents.

An invitation to a housewarming party from Boyle on Sept. 19, 1990, describes the house as his own. “A fifteen year mortgage; I can’t believe my carefree days are over,” Boyle writes in the invitation, which was submitted as evidence in the ongoing suit. In short, Boyle was accused by the D.C. attorney general of using foundation funds to buy personal property he did not intend for foundation use.

The court’s initial complaint noted that the foundation sold its ownership interest eight years later to Boyle for $150,000, a number that failed to account for appreciation or expenditures as it relates to mortgage, taxes, and insurance.

“This Foundation should have had its tax exempt status revoked by the IRS more than a decade ago,” Nicholas Lamberti (SFS ’73), a retired lawyer and former DPE pledge, wrote in an email to the Voice. “The most significant thing this Foundation did over these 35 years is to finance the purchase of Brother Boyle’s personal residence in Georgetown.”

This is not the first property-related allegation Boyle has faced. In 1940, the fraternity bought what it termed the “Alpha House” at 3401 Prospect Street, NW, also in West Georgetown, for $26,500 to use for housing pledges and hosting events and meetings.

In November 2019, the Alpha House was appraised at $4.2 million. According to the documents Christon looked at, however, the property was listed as an asset of the foundation. It appeared to the alumni reviewing the financial documents that Boyle had given the Alpha House away to the foundation for one dollar on June 1, 2020, without approval or proper oversight from fraternity members. One month later, the records noted, the house was sold to a private buyer for $2.6 million.

These actions eventually caught the eye of the D.C. Attorney General, Karl Racine, who is responsible for the oversight of charitable organizations and their assets in the District. Racine filed a civil suit in Superior Court against Boyle on June 3, 2021.

The suit accused Boyle and the two organizations of several allegations, including: using the foundation’s funds to purchase his private home, withholding or providing inaccurate information about the donation of the Alpha House to the foundation, and violating his fiduciary duty to act n the best interests of both entities in violation of D.C.’s Nonprofit Corporations Act (failing to protect and appropriately use the assets over which one has control). “The law requires corporate officers and directors to act in the best interests of the corporation they serve,” Abely said of Boyle’s failure to act in the fraternity’s best interests.

The plaintiff’s witness list alone included over 40 witnesses, including several Alpha Chapter alumni and current Georgetown professors like Charles Skuba (SFS ’71). “I have known Terry Boyle for over 50 years,” Skuba wrote in an email to the Voice, although he declined to comment on issues relating to any current legal action. “Like the vast majority of Delta Phi Epsilon members, I consider him to be a faithful steward of the organization and someone who has helped many Georgetown students and alumni.”

The case was presented before D.C. Superior Court Judge Shana Frost Matini. On Sept. 21, Judge Matini issued an order granting summary judgment on several counts, finding Boyle liable of violating his fiduciary duty, and in the improper sale of the Alpha House to the foundation. Some allegations are being further litigated, such as the foundation’s charitable donations.

Boyle blames the court’s decision on a clerical error relating to the exhibits, according to an Oct. 7 letter to the editor submitted to The Washington Post obtained by the Voice.

“The court reached the decision in the summary judgement [sic] matter without having seen the 41 exhibits that the defendants had submitted opposing the District’s motion, all thanks to a weeks-long, only-this-morning-corrected, glitch in the system by which exhibits filed to the Court are maintained,” Boyle wrote. “It’s all akin to scoring a game with only one side playing.”

The court must still decide what repercussions Boyle will face, if any, for his actions. Several alumni debated the benefits of entering the foundation into receivership, a legal status where an individual not previously affiliated with an organization is named as custodian of the organization’s assets; the goal would be to reorganize the foundation and its assets—which are currently valued at nearly $3 million dollars—to accomplish its initial objectives of creating scholarships for foreign service-interested students.

The court has set several mediation dates for Boyle to attempt to settle with the Attorney General’s office, although mediations have been delayed until Dec. 8. The case has not yet been scheduled for trial.

Despite the ongoing civil suit, DPE alumni have formed a working group to begin efforts to reactivate the Alpha chapter, according to a Nov. 20 edition of “The Sun,” the fraternity’s newsletter. Skuba and adjunct professor Eduardo Deschapelles (SFS ’82) are both listed as participants in the working group. Deschapelles declined to comment. According to the newsletter, more than a dozen students have expressed interest.

Carrying On: Sexism in the City 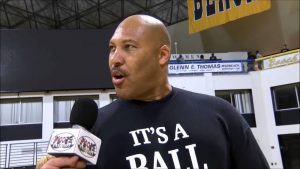