As the final scene of Bones and All (2022) faded into the dimly lit theater, and the stark-white credits imposed themselves on the screen, the room was overwhelmed with silence. Everyone sat paralyzed in their seats, unsure of their next move. The room’s collective shock was broken by the booming comment of a fellow moviegoer.

“Man, Luca has an odd relationship with love.”

This moviegoer had a valid point to make. Luca Guadagnino, the director of Bones and All, has a history of idealizing toxic romantic relationships, as seen in the seemingly romanticized grooming in Call Me By Your Name (2017).

Guadagnino’s controversial romantic choices continue in Bones and All, which showcases outcasts Maren and Lee (Taylor Russell and Timothée Chalamet) as they journey through the Great Plains, looking to discover themselves and fulfill their genetically predisposed cannibalistic urges as ‘eaters.’ While Guadagnino attempts to posit cannibalism’s violent nature as “a metaphor for love’s obstacles,” he does not adequately flesh out (pun intended) this analogy.

Maren and Lee’s opposing personalities, but shared cannibalistic trauma, had the potential to create a comprehensive love story that bloomed against all odds (despite the problematic overtones of wanton violence being used as a metaphor for relationship problems). However, the romantic nature of their relationship is thrown at the audience only in the last 30 minutes of the movie without any significant attempt to build the foundation for their love beforehand.

The romance of Bones and All, despite what it lacks in its writing, shines through in its cinematography. The film opens as the sun begins to rise, and the faint chirping of birds and rustling wind wakes a sleepy 1980s Maryland. As the sun litters the faint blue sky with tints of yellow, the opening to Bones and All awakens the audience alongside the film, slowly and comfortably. In this sense, Bones and All’s romantic nature becomes clear; it is as if the audience is placed in the early morning, snuggled up next to someone, and is calmly awakened by sunbeams shining through the blinds.

As we move scenes, the calm of dawn is quickly replaced with a sultry ambience as Maren sneaks through the dead of night to attend a slumber party with new friends from school.

Although stereotypically characterized by pillow fights, bright pink walls, and pop music, this shindig defies the typical expectations one has of a 1980s slumber party. With dim orange lighting warming the room and Maren lying on the ground next to her friend so close that their foreheads are nearly touching, Guadagnino creates a new romantic still, starkly contrasting the previous scene’s one of  early-morning sleepiness but still just as tender. This image is visualized romantic tension, with Maren’s doe-like eyes looking longingly at her new friend and their sheer proximity, haloed by warm lighting.

While this tension permeates through the screen, it does not last long, as Maren ends up literally biting the hand that fed her: she gnaws her new friend’s finger, and the unforgettable bone-crunching sound and scarlet red blood taint the once-romantic tone.

While the artistry of the scenes showcases Guadagnino’s talent for romanticism and tension, it is only limited to the cinematography. Maren and Lee’s romantic relationship only becomes the central focus towards the film’s end, and you never find yourself rooting for them to become a couple. The writing does not give Lee the opportunity to open up and defy his tortured male protagonist archetype, leading to a lack of chemistry between Maren and Lee.

As Maren and Lee meet, there is a sense of initial attraction that comes across both actors’ faces. They peak at one another through their peripheral vision, dying to catch a glance, sensing that there’s another eater amongst them in the supermarket. While this interaction is slight, their subtle acknowledgement of one another becomes enough for Lee to get physical with a man who is harassing Maren.

Although riddled with initial attraction and tension, Maren and Lee’s ‘meet-cute’ of sorts lacks real romance. Lee’s cold personality, his emotions guarded well under the surface, limits any mature blossoming of Maren and Lee’s relationship. While Chalamet plays the emotionally tortured male protagonist with skill and finesse, this archetype is not convincing when trying to build a sound foundation for a desired relationship.

After their first encounter, Maren and Lee decide to travel together through the American Midwest. While their attraction blossoms into something more physical, Lee still keeps his emotions guarded. Aside from their sexual encounters, Lee refuses to touch Maren or talk to her in any sort of way that would indicate romantic intentions. On the other hand, Maren’s naivety allows her to open up about her broken relationship with her mother and father, and she even allows Lee to listen to a cassette tape her father left her detailing the previous events where she’s eaten people. Maren gives Lee every opportunity to bond emotionally, and he sits and listens without offering any sort of indication to the audience that he cares about Maren in the slightest.

As Lee and Maren travel together, even taking the time to go to a carnival with one another, they still lack any romantic tension because Lee does not showcase any actions or verbalize any feelings of affection for Maren. While at the carnival, Lee does not go to hold Maren’s hand or put his arm around her, and he even categorically denies any romantic feelings, calling her “just a friend.” Throughout the film, there is no build-up of romantic tension between Maren and Lee, even when it is explicitly lustful.

Despite the romantic interactions between Lee and Maren being near non-existent, Lee blurts out and tells Maren that he loves her more than halfway through the movie. While this affirmation of love does not necessarily come out of nowhere, as the movie has advertised itself as a romance between Lee and Maren, it’s sloppy and unbelievable. Lee has done nothing to indicate that he’s in love with Maren, and now the audience has to grapple with this quick 180-degree switch in behavior because Guadagnino does nothing to build their relationship beforehand besides a couple of sex scenes.

There’s a hole within their relationship that the romantic stills, which Guadagnino has so beautifully crafted, cannot fill. The real romance needed to come from Maren and Lee’s moments with one another; there were no instances where Lee looked at Maren longingly, lovingly caressed her hand, or even verbalized that she was important to him.

Although this film advertises itself as “two lovers overcoming adversity,” there is little that Guadagnino has done to justify that Maren and Lee are in love. His beautiful, romantic cinematography directly contrasts the relationship between Maren and Lee; it’s as if Guadagnino tries to rely on the beauty of the film to extend into his protagonists’ relationship and enable their love to blossom.

While Bones and All is a visually stunning film, and romantic in that sense, there is nothing truly tender and loving about Maren and Lee’s relationship. Chalamet and Russell work against the grain to create chemistry between their two characters, but the lack of explicit romantic interactions necessary to build a believable relationship are absent from the movie. Guadagnino’s relationship building in Bones and All, simply put, is lazy; he throws two conventionally attractive people on screen and expects the audience to assume that they will be together simply because of their proximity and shared experience. 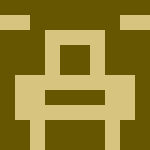