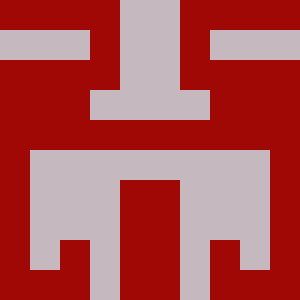 After struggling through years of anonymity, the mainstream success of Boxer and Alligator anointed the band as the voice of the brooding everyman.

Ed Witt is not an ordinary chef. He is a tattooed, bald force of nature that just so happens to wear a chef’s apron. Yet he does not inspire images of fire and brimstone—his soft, drawling voice and laid-back attitude exist at odds with his shaved head and body ink.

I thought Martin Scorsese lost his edge in old age. His last film, The Departed, was great the first time around, but lost its luster after multiple viewings. (I blame Jack Nicholson’s terrible Baahsten accent and that incredibly weird cocaine and prostitute scene.) Where was the suspense? At age 67, could it be that Scorsese lost his flair for well-crafted, shocking films?

Ris Lacoste is a culinary legend around here. Her decade-long reign as executive chef at 1789 was exceptional, bringing critical acclaim, not to mention “Restaurant of the Year” awards, to the corner of Prospect and 36th Street NW. In December, after a four-year absence, she re-emerged on D.C.’s restaurant scene with a place of her own: Ris.

No Haneke panky in The White Ribbon

Michael Haneke must hate Sherlock Holmes. His newest movie, The White Ribbon, is a whodunit without a who—there’s no butler with a grudge, spurned lover, or jealous colleague lurking in the shadows.

Pride and Prejudice: LGBTQ at Georgetown

“I came out the day after the election—November 5, 2008.” After spending eleven months working for John McCain’s presidential campaign, Carlos Hernandez (SFS ’11) was exhausted.

D.C. Comics: The District’s other bookstores

If you think comic books are meant for greasy, perma-pubescent mouthbreathers with no friends, stop reading right now. Go find Johnny Lawrence and Biff Tannen to talk about what it’s... Read more

If I could turn back time: drag queen racing in Dupont Circle

Call me old-fashioned, but I think there’s something special about a middle-aged man wearing a halter-top, garter belt, and high-heeled shoes. Throw in a gimmicky competition that draws a crowd,... Read more