Republican presidential candidate Rick Santorum has become an object of ridicule in popular culture. Santorum’s statements—including ones describing how President John Kennedy’s 1960 speech on religious liberty made him want to “throw up” and claiming that Obama wanted to send more kids to college to make them liberals—raised eyebrows even inside Republican spheres.

Of Anarchy, My Dear, Say Anything’s first release in three years, front man Max Bemis said that the band has moved past its days of writing “petty songs about hating people” and found new stability and maturity. Like many of us, Say Anything has graduated from its early-aughts anxiety, but Anarchy retains the band’s awkward, hyper-personal character to create a balanced, introspective album.

Behind the Counter: How the Corp balances its motto of “students serving students” with its role as a social institution

“One of the reasons I came to Georgetown was because of the Corp,” said Stephanie Wolfram (MSB ’13). “I came here during a random weekend, someone was showing me around and showed me the Corp, and I thought it was awesome that students were running this business.”

This Tuesday, Rev. Franklin Graham, the influential son of the famed evangelist Billy Graham, told MSNBC’s Morning Joe that Mitt Romney is not a Christian. Even though Romney, a member of the Church of Jesus Christ of Latter Day Saints, considers himself a practicing Christian, Graham said he outwardly respects Romney’s faith but considers it too unfamiliar to be grouped with his own.

Last Thursday, third-year Georgetown Law student Sandra Fluke was called by Democrats to testify before the House Committee on Oversight and Government Reform on the recent White House requirement that employers must provide contraceptives without a copayment in their insurance plans.

On Wednesday, the committee for the renovation of Dahlgren Chapel released specific plans for the improvement of the building, which include moving the baptismal font close to the opening of the church and placing the tabernacle in better view of parishioners.

Tucson, one year later: A painful call for understanding

A little over one year ago, Representative Gabrielle Giffords and 18 other people were shot at a constituent meeting in a grocery store parking lot in Tuscon, Ariz. 13 of the victims were injured, and six died—nine-year-old Christina Green, Superior Court judge John Roll, Giffords staffer Gabe Zimmerman, and retirees Dorwin Stoddard, Dorothy Morris, and Phyllis Schneck.

As Georgetown students, we pride ourselves on being accepting of all those who study and work at our school. To most students, the days of widespread institutional racism, classism, and heterosexism are gone. Bureaucracies have been established, policies enacted, and we all live thinking that justice has overcome bigotry. And, in many ways, it has—when I’ve encountered racism, it has been with my distant, parochial relatives, not with my classmates at Georgetown. But while students would camp out in Red Square, stage protests, and hold rallies against a racial or social injustice on campus, no one will venture to openly discuss issues of mental illness.

Founding Fathers fought slavery in their own way

As many have noted, ”all men are created equal” did not hold true for the vast majority of Americans until 1865, 1919, and even beyond. The founders did not create a republic for all; they created a republic for the few, but even this was a significant accomplishment—no other country had affirmed and secured natural rights in the same way that the United States did in 1788.

In any case, this hasn’t stopped Randall Kennedy, a professor at Harvard Law, from categorically negating the legacy of the founders. In an editorial special to CNN last month, Kennedy writes that black Americans, in large part, reject Herman Cain because he esteems the founders as great men, who “did their job … a great job.”

This Monday, I sat in a hospital waiting room, anticipating news of my mother’s condition. Her breast-cancer surgery was supposed to take five to seven hours, but the surgery was approaching hour eight. Luckily, we found out that the extra time was due to a delay, not a complication. She asked to see my sister and me only a few minutes after she woke up from the anesthesia. 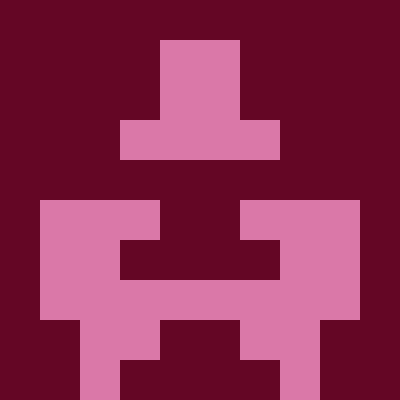 Connor Jones is the former editor-in-chief of the Georgetown Voice. Before that, he edited its blog, Vox Populi and the features section. He was a double major in mathematics and economics and is from Atlanta, Ga. He can be reached at cjones@georgetownvoice.com.