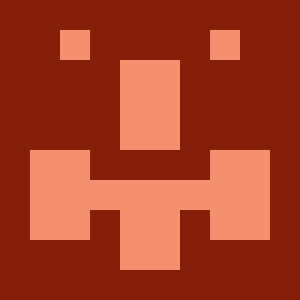 Miyazaki and the animated bowl of delights

The magic of Hayao Miyazaki is impossible to describe in a straightforward plot summary. I can only write “magic” or “bowl of delights” so many times, and it won’t really... Read more

Are you an ambassador for a small nation? If so, you’re probably the only person in D.C. who knows about the Small Nations Poetry Readings, now in its fifth year... Read more

Saturday Night Fever: six hours on the beat with DPS

This past weekend, I shadowed several DPS officers on patrol, to see the typical Georgetown weekend from the perspective of the officers paid to keep students safe. What follows is an account of my night on the force.

Ramesh Sithamparapillai just wants to go home. The 23-year-old Sri Lankan has worked as a cleaner in Qatar since he was 18. He lives in a narrow room filled with... Read more

Producer Judd Apatow has created a perverse (yet strangely endearing) Holy Trinity of contemporary comedy in the last few years: The 40-Year-Old Virgin, Knocked Up, and Superbad. And this machine just keeps spitting out more, with Drillbit Taylor and Walk Hard: The Dewey Cox Story as the most recent (and worst performing) of the bunch. His latest film, Forgetting Sarah Marshall, has its charms, and certainly tries to engage in an honest examination of relationships, like the best of Apatow’s films. But unlike, say, Knocked Up, the laughs feel cheap, and so does its exploitation of the audience’s emotions.

“I remember people would say … ‘What if you never do that again, what if the songs aren’t hits?’ I don’t have time to think like that. So I never had a plan B. And I still don’t.”

Dylan biopic all there

I’m Not There is fantastic, in all senses of the word, exploring one of the most alluring stories in modern American history—the rise of Bob Dylan.

Post-punk outfit Joy Division has risen to near-legendary status in the twenty-seven years since lead singer Ian Curtis committed suicide. It’s easy to view the band’s work through Curtis’ death, which often overshadows the music. Although it’s less a movie about Joy Division than a documentary of Ian Curtis’ short life, Control refuses to indulge in melodrama, forcing viewers to confront the abject tragedy of his suicide.

We Own the Night falls short of Departed

We Own the Night is a standard crime drama with a slight twist: the two main characters are still on opposite sides of the law, like The Departed, but this time, they’re brothers.

Penn’s Into the Wild finds its niche

The premise sounds straight out of the Darwin Awards: boy graduates from college, gives all his money to charity and goes out to “find himself,” only to starve to death alone in the Alaskan wilderness.