We Own the Night falls short of Departed

We Own the Night is a standard crime drama with a slight twist: the two main characters are still on opposite sides of the law, like The Departed, but this time, they’re brothers.

The point of reference for this movie lies in Mark Wahlberg’s recent filmography, but without the gritty nihilism of The Departed. Instead, it feels more like the vapid Four Brothers than the recent Oscar-winner.

Joaquin Phoenix stars as Bobby Green, a popular nightclub manager in 1988 Brooklyn. He has adopted the Russian owners of the club as a surrogate family, taking his mother’s maiden name rather than being associated with his father Burt Grusinsky (Robert Duvall), a high-ranking police officer. Bobby’s estranged brother Joey (Mark Wahlberg) is a rising star in the police force, busting heads and making his name.

Stirring up the heat: Who really owns the night? Our money’s on Eva Mendes.
Courtesy IMDB.COM

It’s a family affair from the start: the police need help investigating the club, but Bobby refuses to consider his new “family” criminals. Anyone who has ever seen a crime drama can guess what Bobby’s love and loyalty will eventually cause him to do. The film begins to falter with Bobby’s change of heart after his brother Joey is shot in the head by the Russian mobsters and inexplicably survives. Instead of reality, the film settles for complacent predictability.

Director James Gray strives for the mise-en-scène of 1970s crime dramas like The French Connection, yet fails to evoke the necessary feelings of hopelessness and vulnerability. Despite the police’s lament that their own are “dropping like flies,” they take out the baddies with ease when the time comes, finding closure within the law.

We Own the Night doesn’t indulge in irreparable violence like The Departed, allowing the audience to remove itself from the beatings and domestic violence on-screen. This detachment evoked laughter at the violent scenes.

Viewers are similarly detached from the relatively undeveloped characters. Phoenix’s character is especially problematic; as he experiences wrenching, life-changing events, his character becomes even flatter. The complete alteration of his outlook and lifestyle lends his character an uninteresting stiffness.

Yet the film works extraordinarily well in certain moments. Mark Wahlberg and Joaquin Phoenix are in top form when battling each other as brothers, and Bobby’s relationship with his foxy girl Amada (Eva Mendes) feels real. Robert Duvall wields some fantastic one-liners in the manner of an irreverent elder statesman, hardened by the streets. His gems include, “If you piss in your pants, you only stay warm for so long.”

Some impressively manipulated scenes are also a credit to Gray. An exquisitely executed car chase through the pouring rain will become a point of reference for aspiring filmmakers in years to come; its sense of eeriness from distorted sounds and disconcerting visuals sets it apart from the frantic, hyper-realistic action style of the Bourne series.

We Own the Night tries to stake its claim as a great film by documenting the results of the influx of drugs into the criminal underworld, which are integral events in classics like The Godfather. To its great detriment, We Own the Night fails to make us care about the characters as we felt for Ray Liotta or the Corleones, just as it fails to defy genre conventions. 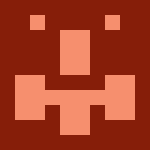