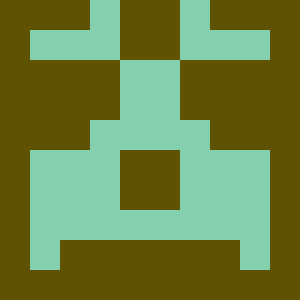 For millions of American kids, the Vans Warped Tour was the pinnacle of the adolescent summer. Founded in 1995, Warped Tour capitalized on the burgeoning popularity of extreme sports, combining the best of skate culture with the biggest underground punk, metal, and ska bands. In its inaugural year, the Warped Tour featured an impressive roster of alternative powerhouse acts, ranging from the West Coast stylings of Sublime, No Doubt, and Pennywise to the East Coast melancholy of early emo and post-hardcore forefathers like Seaweed and Quicksand. For many teens growing up the ‘90s, the Warped Tour became a comfort zone, where their music and hobbies, snubbed by the mainstream, were accepted and celebrated.

In today’s rap scene, it might appear that we’re witnessing the Swag Revolution—exemplified by newcomers like Lil’ B and Odd Future Wolf Gang, it’s a movement largely defined by Internet hype and a “fuck the mainstream” attitude to fame. However, there are still some out there who have avoided this path. Among these deviants are a handful of rappers from New York City out to resurrect the classic sound of ‘90s Big Apple hip-hop. And so far, they are doing a pretty convincing job. Underground heavy-hitters like Roc Marciano, whose debut LP Marcberg received impressive reviews across the Internet, have spearheaded this throwback styl

During my four years of college, I have discovered a common musical phenomenon—the scattered, disorganized, and unlabelled iTunes libraries of my peers. Again and again, I have been amazed to find that my friends had not taken the same time to painstakingly organize their music collections that I had, filling in every piece of information iTunes accepts, from album year to artwork.

﻿﻿﻿The scene was tense in the antiquated library as one man paced back and forth, his three-piece suit neatly pressed and accented by a polished golden badge. His distinguished voice echoed in the faces of the equally dapper audience as they shouted out in encouragement, “huzzah!”

Philadelphia metallic-punk outfit Mother of Mercy is not for the faint of heart. MoM delivers a distinct blend of straightforward hardcore punk and darker, brooding rock sounds influenced by the likes of Danzig and Samhain. After years of creating impressive music and touring with punk forefathers, last year Mother of Mercy signed with premier hardcore and punk label Bridge 9 Records.

Once on the cutting edge of social and political commentary, lately rap music has become boring and stagnant. Rappers like Gucci Mane and Waka Flocka Flame make millions by pairing pedestrian lyrics with grandiloquent beats. Lucky for disillusioned listeners, there is now Odd Future, an unconventional rap crew out of Los Angeles made up of 11 teenagers.

Born in the basements of Scranton, Pa., Tigers Jaw has bucked indie rock trends and blogosphere pressure to create a sound that is patently their own. Their blend of indie rock and pop-punk is musically complex while still being flat-out fun and relatable.

What would prep do?

Even if you haven’t heard of the College Prepster, if you go to Georgetown you’re familiar with her style. College Prepster is a blog run by Carly Heitlinger (MSB ’12), a junior with a passion for sharing her love of all things preppy with the world. This fall, Heitlinger expanded to books with her self-published work, The Freshman 50.

Stereolab is a band that has long defied convention. The lovechild of England’s Tim Gane and France’s Laetitia Sadier, the band has achieved great critical acclaim as one of the foremost members of the mid-90’s electronic indie music movement. Then, earlier this year, they decided to take an indefinite hiatus from their 20-year career.

Few bands embody the rise of independent music over the last decade better than Belle & Sebastian. This Scottish seven-piece began their career as the final project of front man Stuart Murdoch’s college music class in 1996. Since then, Belle & Sebastian have been hailed as the triumphant return of classic British pop.