During my four years of college, I have discovered a common musical phenomenon—the scattered, disorganized, and unlabelled iTunes libraries of my peers.  Again and again, I have been amazed to find that my friends had not taken the same time to painstakingly organize their music collections that I had, filling in every piece of information iTunes accepts, from album year to artwork.  Instead, most of their libraries are hodge-podges of partial albums and single songs.  Laziness probably has something to do with it—but at the root of their messy libraries is a disregard for the value of music beyond the individual, hit song. And while years of technological progression have contributed to this attitude, it is the development and ubiquity of iTunes that have fostered and banked on it.

Apple’s iTunes store offers a laudably diverse selection of music to its users. So why, then, do the vast majority of users purchase the same Top-10 singles? A major reason is that right on the store’s homepage, the day’s hit tracks all but smack us in the face. This feature helps the entertainment industry debut new artists—many are perfectly content to listen to what the store presents so readily when they sign in—but it hounds users into downloading a grab-bag of assorted hit tunes, without letting us sample enough to decide whether the artist actually deserves the steep $1.29 price you’re paying for the song.

By herding its users toward specific tracks like this, iTunes, along with other digital media stores, has homogenized musical tastes. Incredible resources like these could (and should) be used to explore new music and develop personal, individual preferences, but they have instead only served to further restrict the direction and development of popular music. The result is a new brand of pop that is targeted towards a specific sound that iTunes sales prove is most marketable. Need proof? Think about how many times in 2010 you confused a Ke$ha song with one of Katy Perry’s.

Now, with producers pushing hits designed to capitalize on the single-song-sale phenomenon, popular music is no longer centered on the album. With vinyl and, to an extent, tapes and 8-tracks, albums were much more difficult to break down into single songs, and required listeners to digest the entire work—or at least one side of it—in one sitting. But with the birth of multi-track CDs and digital media, it is easier than ever to mix and match tracks. This practice has reached its peak with iTunes, the ultimate tool for picking and choosing (or, in the case of the top-10 list, having choices picked for you).

Before the digital age, artists produced dynamic albums with highs and lows between standout singles and equally enjoyable and top-quality B-sides. Today, virtually all pop albums are focused solely on producing a few huge, chart-topping singles, whose individual iTunes downloads will make a sufficient profit.  As a result, the more subtle aspects of music, album artwork, musical dynamism, and lyrical content have fallen by the wayside, and we are left with the dull glow of a cluttered iTunes library full of disposable singles.

So, iTunes users, take this as a challenge: The next time you open your iTunes, do a little exploring.  Click past the Top 10 and search for something weird, interesting, and new.  Then, download the whole album, and play it start to finish. It may be time-consuming, but if you move past what’s easy and standard, you may even find an album that deserves to have its title filled in. 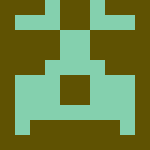