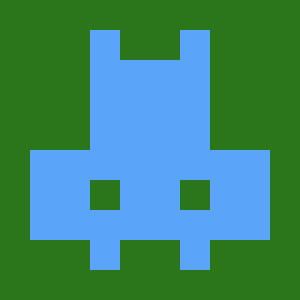 Bigger, faster, stronger, Hollis is back and ready to ball

Hollis Thompson chose the right time to have his best game in a Georgetown uniform. In the opening round of last year’s NCAA Tournament, he scored a career-high 26 points, shot 80 percent from the field, and grabbed seven rebounds. The most remarkable part of Thompson’s statline, however, was how little it mattered. Georgetown was embarrassed by VCU.

Now that the college basketball season has finally come to the end, we know a few things for certain: Georgetown can’t catch a break in March, Jimmer Fredette is the second coming of Joseph Smith (or maybe just Danny Ainge), and UConn is the national champion.

No more than half an hour after the buzzer sounded and Georgetown’s season officially ended with a crushing 74-56 loss to Virginia Commonwealth, the Hoyas had to address the media. A visibly distressed John Thompson III took the podium in the bowels of the United Center, flanked by seniors Austin Freeman and Chris Wright.

It was a case of postseason déjà vu for the Hoyas on Friday night, as they fell victim to a sharpshooting underdog in their opening NCAA Tournament game for the second year in a row. Virginia Commonwealth outplayed Georgetown from the opening tip, en route to a 74-56 victory. 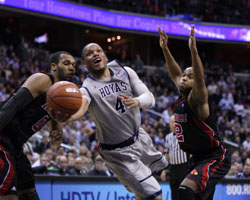 Hoyas get Wright before Big Dance

The Georgetown Hoyas know one thing for certain about the NCAA Tournament: Chris Wright, will be back, and at full strength, too. The senior point guard returned to practice on Monday after missing a little more than two weeks with a broken left hand and will play without limitation in the tournament.

Without Chris Wright in the starting lineup for the third straight game, Georgetown continued to look lost. But in their fourth consecutive defeat, it was abundantly clear that the cause of the Hoyas woes was on the court, not wearing a suit on the bench. Georgetown continued its tailspin as it kicked off the postseason, losing to Connecticut 79-62 in its first game of the Big East Tournament. 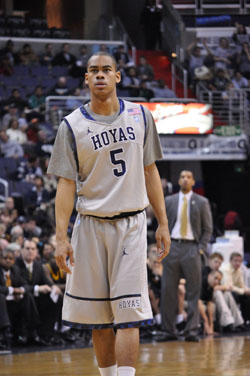 Markel Starks, like most of his teammates, sat on the bench in shock as he watched Georgetown’s leader break his hand against Cincinnati. As Chris Wright’s backup, however, Starks was more affected by the senior’s injury than any of his fellow Hoyas.

The Syracuse game last Saturday was a momentous occasion, and not just because of our men’s basketball rivalry with them or the stakes of the game. It was also a chance to honor a group of athletes who have contributed so much to the University simply by playing sports.

On an emotional Senior Day, with their leader sidelined by an injury, and in front of a record home crowd, the script was set for Georgetown to pull off a storybook comeback against their archrival. But there was no Hollywood ending for the Hoyas, as the absence of Chris Wright proved too much to overcome. Syracuse (24-6, 11-6 Big East) prevailed 58-51 as Georgetown (21-8, 10-7 Big East) faltered in the clutch. The normally sharp-shooting Hoyas saw their hands go cold for the second game in the row in front of a crowd of 20,276, the most ever for a Georgetown game at the Verizon Center.

Freshman year, when I first started writing for the Voice, I lucked into one of the best gigs ever: men’s basketball beat writer. The previous year’s writer was going abroad, and from among a young staff, I got the nod. That meant press passes to every game, reserved seating on the baseline, and never waiting on the cold sidewalk.