Getting politcal with Ted Leo

New Jersey native Ted Leo isn’t your typical semi-knowledgeable, politically-charged artist. He’s a punk rocker, yes, but he also earned an English degree at the University of Notre Dame. In his recent interview with the Voice via e-mail, Ted discussed in depth the political themes that run through his latest release, Living with the Living, demonstrating a mastery of syntax seldom seen in the world of indie rock.
Some of your songs have had political themes in the past, but this album seems to be even more explicitly political than your previous work. Do you write protest songs to spread awareness or encourage activism, or are you just expressing your anger at the current situation?
A little bit of both. I’m not naïve enough to think that any significant percentage of my audience is not already thinking along the same lines that I am Nor do I think that I can actually affect the “players” in the government by singing songs of protest … I just do it because I have a compulsion to, and I hope it has some positive effect in people’s lives, but I wouldn’t deign to prescribe exactly what form that should take.
“Bomb. Repeat. Bomb.” in particular really stands out because of its raw energy and anger. What motivated you to write such an intense song?
Well, I suppose the “raw energy and anger” itself is what motivates one to write a song like that. It’s about the overthrow of the Arbenz government in Guatemala in 1954 and is meant, obviously, to draw certain connections with the current misadventure in Iraq.
But I was just in a really emotional and incensed place with that issue at that particular time…[I was] thinking about the fact that everything about this current war is the same old story—Guatemala, Chile, Nicaragua, Vietnam, Iraq—stop Communism until the Cold War ends, then stop Terrorism—set up a series of straw men, lie to the public about the threats, take action, covert or openly, and keep the war machine rolling, continually filling the coffers of military defense contractors with money, and continually filling the electorate with fear.
You got some press last August when the power went out at a show in Baltimore and you kept playing in the dark anyway, even going out to play in the street for the crowd after the club kicked you out. Not many bands would keep playing like you did—what made you keep playing? More broadly, how do you keep your success from elevating you above your fans?
They came on stage while I was playing on an acoustic, in the dark, and asked if I could ask everyone to go outside—they didn’t kick us out. It was such an insane event, though, it was like, there we were, all out there together, suffering the heat and the darkness together (there’s a metaphor for you, huh?), but we’d all come out for a night of music, so, like, how could I not keep playing? You know, I needed that at that point as much as anyone in the crowd. And actually, by then, on the street, I was quite literally just part of the crowd anyway—I just happened to be the only guy with a guitar! 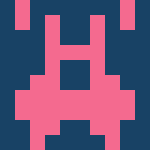