The work on display is Magnetic Movie, the product of a 2006 artist in residence fellowship at the NASA Space Science Lab in Berkeley, California. Many creations whose roots lie in in the Bay Area are a little more “Bezerkly” than mainstream, and this film is no exception. The premise seems simple enough: the artists watched students performing experiments and studying the sun’s magnetic fields. But there is nothing to see—magnetic fields are invisible and this is where Superconductor’s artistic license steps in. The artists filmed the students’ lab equipment and superimposed a sensory overload of animation to represent magnetic fields.

I found the visuals to be about as appealing as geometric screensavers circa Windows 95, but the less than riveting aesthetics were redeemed by the scientific voiceovers. I learned a remarkable amount listening to these scientists discuss the perceived activity and appearance of magnetic fields that control the atmosphere, and Semiconductor’s sounds and animation mirrored their descriptions.

Physicists, don’t put down your magnetometers yet. Abandoning the lab or campus might not be warranted for the 4:47 minute film itself, but if you draw near the Hirshhorn’s magnetic field before December 14, it is worth watching. If you are particularly interested in new-media art, Semiconductor will be performing at the Hirshhorn November 6 at 7:00 pm.

The museum is open daily from 10 am to 5:30 pm (closed December 25) and is located at Independence Avenue and Seventh Street SW; admission is free. 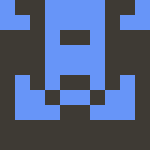