In boldface type, the e-mail informed students, “MPD officers are again authorized—and intend—to issue 61D Citations for excessive noise. Anyone who receives a 61D Citation will be required to pay a fine, but most importantly, will have an arrest record. This record will appear on employer background checks.”

According to D.C. police spokeswoman Traci Hughes, the MPD had stopped issuing 61D Citations because of a lack of clarity on enforcement but the District’s government has clarified the issue and offiers will now issue the Citations to those in violation of noise regulations.

Although there are certainly instances in which Georgetown students cross the line (and the decibel limit) in their noise and deserve reprimand, in their enforcement of this policy, MPD should take into account the huge effect an arrest record could have on a student’s career prospects.

Hopefully MPD will bear in mind that the majority of students are not acting out of malice or disrespect but merely youthful, perhaps alcohol-fueled, exuberance.

Admittedly, students can be obnoxiously loud at times when residents of the surrounding neighborhood would rather be sleeping. As Lenore Rubino, President of the Burleith Citizens Association, points out, her neighborhood is quite diverse.  Students make up only a portion of the population.

“We have families with babies that live next to houses—and it doesn’t have to be students—where it gets pretty loud,” she said.  “There are babies that are getting woken up.”

Parents deserve a mechanism for controlling their children’s environment to some degree, as do the other families of Burleith and other surrounding neighborhoods.  But there was something excessively ominous about last Wednesday’s message. Yes, the residents of Burleith need a mechanism to limit the noise next door when it gets out of hand, and it is only reasonable that they be able to slap excessively loud students on the wrist somehow.

But an arrest that, as DelMonaco and Lord point out, follows the violator through his or her career seems unwarranted. We all make mistakes. It is easy to imagine a perfectly decent house of students letting their enthusiasm for Georgetown’s basketball team get the better of them.  It would be unfortunate, but not completely unjust, if these otherwise upstanding young Hoyas faced a fine the next morning.  It would be absurd, though, if an arrest trailed them like an unpleasant odor throughout their careers.

There are mitigating factors, of course. Mike Schaub, Executive Director of Georgetown University’s Career Education Center, noted that a number of things affect how potential employers will look at an arrest for a noise violation, and that employers are sometimes willing to talk to candidates about anything questionable that shows up in a background check.

But while arrests for noise violations may not spell doom in all cases, the fact that it can be a problem at all is a cause for serious concern. Nina Pillard, a professor at Georgetown Law who works on labor and employment law, said that arrests can, potentially, be a serious mark against job applicants.

“Given two otherwise comparable candidates, a lot of employers steer clear of arrestees,” she said.

“If there’s noise and it’s distracting neighbors, they’re going with a warning,” she said.
Hopefully, she’s right and arrests will be reserved for extreme cases. This will protect those who are simply making an uncharacteristic mistake while allowing the MPD to focus their attention on more serious problems. But we must ask that MPD respect the distinction and exercise moderation so that ordinary students don’t end up with an unsightly blemish on their otherwise sterling record. 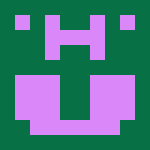