Rub Some Dirt On It: Addicted to the pump

If you’re anything like me, when you go to the gym, you agonize over the clock as you wait for your 20 minutes of cardio to be over. And when you’re not staring at the clock, you’re gaping in admiration at the energizer bunny in front of you, who has been running hard since before you got there and shows no signs of slowing down. Then you leave the gym thinking, “I wish I could be more like that.”

Most of us believe that exercise is so good for you that there is just no way to overdo it. We also tend to think of it as a way to treat addictions and mental health issues. So when exercise itself becomes the unhealthy obsession, it’s hard to notice. It’s natural to be concerned about a friend who regularly turns down dinner dates in an attempt to avoid eating, but we might actually marvel at a friend who schedules his or her life around work-out sessions. The friend who refuses to go to a movie because his or her run around the track just can’t wait until tomorrow morning may annoy us, but we wouldn’t think of telling him or her to start taking better care of themselves.

An obsession with exercise, though, can be just as harmful as an eating disorder. It’s estimated that one percent of the U.S. population suffer from exercise addiction. That’s the same as the percentage of the population that suffers from anorexia nervosa.  As with any other addiction, addicts who don’t get enough exercise become moody, irritable, and extremely anxious.
Besides affecting mental health, too much exercise can also be a problem for physical health. Completing endlessly long work-out session, every single day—or even several times a day—taxes the body without giving it enough time to fully recover. A stressed-out body is a body that won’t be able to respond as well to incoming infections. It’s a body whose immune system is just too tired to do any more work.

What’s so alluring about exercise that some people just can’t live without it? Researchers don’t know all the details yet, but they suspect it has something to do with dopamine. Dopamine is a neurotransmitter that is also implicated in other forms of obsession, like drug addiction. Basically, it’s a “feel good” chemical that gets delivered to the “reward center” of our brains, to give us that post-workout buzz, or runner’s high.

In moderate doses, this is great. It’s the reason why some of us love to exercise, the reason why exercise can cheer us up after a particularly upsetting day, and why doctors recommend it as a natural way to help treat depression and relieve stress. It is possible, however, that some sort of threshold effect is in place, so that after a certain point, you and your brain become less sensitive to dopamine stimulation. In fact, researchers at Madison-Wisconsin studied the brains of mice who were trained to become addicted to running. They reported that depriving exercise-obsessed mice of their running wheels stimulated the same regions of the brain that are activated in drug-addicted mice when they are deprived of their daily dose of cocaine or morphine.

Although there is a physiological basis to exercise addiction, in the world of medicine and psychology, exercise addiction is still the subject of debate. Some see it as a disorder in its own right, while others think of it only as a symptom of other issues, like eating disorders.

Either way, researchers agree on one thing. College campuses, with all the stress, anxiety, and competition, are ideal breeding grounds for exercise addiction. So are the minds and bodies of driven, ambitious, type-A personalities—not like we have any of those at Georgetown. So while this is not an excuse to avoid the gym altogether, it is a good reason to make sure you are being careful, and that your work-out routines and more energizing than they are exhausting. 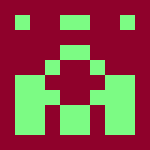 J.J.’s tips for not getting kicked out in your first year

By Hamilton Steve and Mark James