Flash back to 2007. Radiohead released their blandest album to date, M.I.A. went from agent provocateur to pop auteur, and Feist’s “1234” was synonymous with “alternative.” That is to say: the underground needed a kick in the pants. And Battles gladly provided, with a blend of math rock, prog, and jazz hard enough to sound fresh but whimsical enough to avoid the standard critiques of R-A-W-K rock.

That’s a letdown, considering the way the group stormed the indie scene just a few years ago. Sure, “Wall Street” has all the hallmarks of a great Battles tune—jittery guitar lines, spacey keyboards, astounding rhythm work—but comparisons to machines are no longer impressive here; the songs sound more like they came off the Battles’ assembly line than from the Battles’ Voltron.

The songs with guest vocalists fare slightly better. On these tracks, the group shapes their signature sound around a new presence, adding enough spice to be refreshing on a second go-around. “Sweetie and Shag,” with Blonde Redhead’s Kazu Makino, is a delightful affair that marries the vocalist’s dainty work with the group’s muscular technicality, and “Ice Cream” (featuring Chilean electronic artist Matias Aguayo on vocals) is one of the best songs you’ll hear all year. It finds the band bending its tendencies around Aguayo’s playful minimalism. Just don’t expect such pliancy on the rest of Gloss Drop. 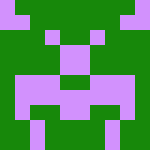