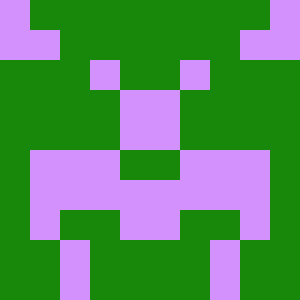 In a little over a month, Fucked Up will release David Comes to Life, the much-anticipated follow-up to the Toronto-based hardcore group’s Polaris Prize-winning Chemistry of Common Life, which promises to have an even broader appeal than that album’s hardcore crossover: more complex melodies, more ornate arrangements, and more guest appearances. And it’s a rock opera.

Flash back to 2007. Radiohead released their blandest album to date, M.I.A. went from agent provocateur to pop auteur, and Feist’s “1234” was synonymous with “alternative.” That is to say: the underground needed a kick in the pants. And Battles gladly provided, with a blend of math rock, prog, and jazz hard enough to sound fresh but whimsical enough to avoid the standard critiques of R-A-W-K rock. It’s 2011 and not much has changed. Radiohead is still peddling coffee house electronica, M.I.A.’s best work sounds more like Britney than Missy, and, well, at least we’ve all forgotten Feist.

It’s rarely fair to directly compare one musician to another, but Jamie Woon will likely find himself pinned next to James Blake on the reg with the release of Mirrorwriting. Which is a bit ironic—Woon’s first single was released more than two years before the hot-shot London producer appeared on the scene. But the pair’s combination of blue-eyed soul and dubstep—two of Britain’s biggest contemporary musical currents—landed them both in the BBC “Sound of 2011” poll, just months before each would release his full-length debut.

Wiz Khalifa has his own “line” of rolling papers. His breakout mixtape was called Kush and Orange Juice. In 2010, he bragged in an interview, “I might spend, like, ten grand on weed a month. Easily.” Cool story bro. It’s not that drug-obsessed rap is inherently bad—Jay-Z made his name repping a drug dealing past and Clipse’s coke-rap opus Hell Hath No Fury is a certifiable classic. Even non-peddlers like Gucci Mane can turn massive amounts of consumption into something genuinely intimidating: a 6’3”, 220-lb former convict on codeine is not the kind of person most of us want to mess with. Bragging about weed, though? 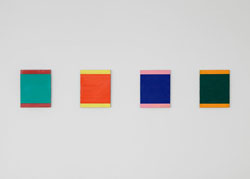 According to the Hirshhorn Gallery’s press release, Blinky Palermo was “long celebrated throughout Europe.” He is, however, an “artist’s artist” who has “escaped America’s notice.” That is perhaps why Blinky Palermo: Retrospective 1964-1977, running now in the Hirshhorn until May 15, is his first retrospective in the states, despite his many active years. That is to say, the Hirshhorn is sending up smoke signals of desperation, the kind that usually tip off even the art-inclined that an exhibit isn’t really worth your time. Which is a shame, because the usual clichés actually apply here: the little-known Palermo’s paintings and sculptures really do deserve more attention than they’ve gotten.

“King of Limbs is boring.” That’s a popular refrain regarding Radiohead’s briefly-anticipated LP, already a polarizing album less than a week after its release. Lacking the band’s trademark dynamism, Limbs shows Radiohead in rare, understated form. Taking this approach now is strategic—with Arcade Fire as the new bombastic fearmongers for the smarter-than-you set, it sets the group up to brush off accusations of dullness: “We meant for this to be a mellow record, it’s you who doesn’t get it.” But this implication skips over a lot of things.

You might have heard some unavoidable Internet buzz about this new release. After dropping a smattering of genre-bending EPs in 2010, this experimental producer—barely old enough to drink—is releasing his debut. He’s got a keen ear for space and silence and his vocal-centric work suits headphones more than dance floors. No, I’m not talking about James Blake—this is Space Is Only Noise, the first full-length to come from 21-year-old Brown University undergrad Nicolas Jaar.

You may or may not remember the band Cake, best known for a pair of novelty hits at the end of the ‘90s. But apparently someone does. The group’s latest album, Showroom of Compassion—released ten years after their last charting single (“Short Skirt, Long Jacket” got to 124 on the top 200) and 13 years since anyone thought they were relevant—hit number one on the Billboard charts last week. It was far from an impressive accomplishment, however: at just 44,000 units sold, Cake’s sixth album was the lowest-selling number one since the advent of SoundScan in 1991.

Blue Songs, the new album by Hercules and Love Affair, is awful. I’m not going to mince words here: it’s brutal, terrible, miserable, abominable, abhorrent, and appalling. And it’s really a shame. The band’s 2008 debut was rightly praised as one of the best albums of the past decade. Mixing old school house and disco, the group brought a surprisingly fresh twist to DFA Records’s aging nü-disco shtick.

Well before he even announced his debut LP, James Blake’s narrative was written. The 22-year old London producer put out three of the most buzz-worthy EPs of 2010, and his prolific release of these experimental but highly melodic dance tracks earned his debut a preemptive label of “groundbreaking” before anyone had heard a single note—James Blake would own 2011 no matter what James Blake sounded like.