The track and field season kicked off last weekend when the men’s team traveled to Annapolis, Md. to participate in the Navy Invitational. This was the first meet of the indoor season, which runs until the beginning of March.

The Hoyas had a strong showing, with four first place finishes in the meet. Senior Bobby Peavey won the 5,000 meters with a time of 14:23.30. Derek Armstrong finished sixth in the race, running a 14:41.40, good enough to qualify for the Intercollegiate Association of Amateur Athletes of America championships, one of the national meets held after the Big East Tournament in May.

After getting the last remaining qualifying spot for the final, sophomore Tyler Smith won the 60-meter dash in a time of 7.05. Junior Michael Reher and Freshman Andrew Ogle finished first and second respectively in the 1,500 meters. Junior Eghosa Aghayere won the long jump with an IC4A qualifying mark of 14.78 meters. Aghayere was the only Hoya to compete in the field events at the meet.

In the 200-meter dash, freshmen Mike Andre and Devante Washington finished second and third respectively. Andre finished in a time of 22.28, only eight hundredths of a second out of the top spot. Another top-three finish came from junior Hansel Akers, who finished third in the 400-meter dash.

The Hoyas also ran well in the relay events, finishing second in the 4×800-meter relay. Akers, Andre, Washington, and sophomore Richard D’Ambrosio came third out of 16 competing teams in the 4×400-meter relay.

The men’s team will have a month off before they travel to Fairfax, Va. on Jan. 5 for the Father Diamond Invitational, hosted by George Mason University. The women’s team will also travel to Fairfax for their first meet after a strong cross-country season. With eight top-three individual finishes in total, as well as three relay teams landing in the top three of their respective races, the men’s half proved that they have grown significantly since last year’s indoor season.

The track and field season commences outdoor activity after the indoor season’s conclusion. The entire season comes to a close in late June with the U.S. Track and Field Championships in Des Moines, Iowa following the NCAA Championships in Eugene, Ore. The Hoyas hope to continue to extend this form, which is already a large improvement from their performance in last year’s Navy Invitational. 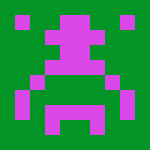 Revenge at forefront for Hoyas