In their second straight game without sophomore forward Greg Whittington, the Georgetown Hoyas (12-3, 2-2 Big East) easily handled Providence (9-8, 1-4 Big East) to win 74-65. The Blue and Gray built up a 38-19 advantage by halftime, but the resilient Friars made the game a contest in the second half. On the back of junior guard Bryce Cotton’s 16 points in the half, Providence was able to cut the lead to 7 points with 2:10 remaining in the game. Even so, the Hoyas were ultimately able to close out the game from the free throw line.

“I think that [Providence] just decided to make the game ugly. They were more aggressive,” Head Coach John Thompson III said. “On our end, our press break was okay but then we didn’t finish. Once we started missing easy shots and layups, our transition defense was horrible.”

“Our guys have done a good job of sharing the ball the past few games,” Thompson said. “The guys are doing a good job of searching for shots for teammates instead of for themselves.”

The Hoyas shot 53.2 percent from the field, which can be regarded as a good shooting night for a team that has averaged 45.1 percent this season.

“I’m sure it’s a relief for you all and the fan base,” Starks said. “It’s also a relief for us as well.  We have guys who can shoot. When the ball is going in it definitely puts smiles on people’s faces.”

Georgetown gained valuable minutes from its bench players, especially sophomore guard Aaron Bowen and freshman guard D’Vauntes Smith-Rivera. The backcourt duo combined for 15 points, 8 from Bowen and 7 from Smith-Rivera. Production from the reserves has become more necessary in the absence of Whittington.

The Hoyas started off the game on fire, to say the least, particularly Porter Jr. and Starks. With 14:15 left in the half, Georgetown had secured a 12-3 lead off of Porter Jr.’s 8 points and Starks’ 4. The teams went back and forth until the Blue and Gray finished the half with an 8-0 run, extending their advantage to 19 points. Porter Jr. capped off the run with a floater that slipped in just before the buzzer sounded.

Providence upped the tempo of the game in the second half though, and increased the pressure on the Hoya defense. The Friars shrunk the deficit to 8 points, 48-40, with 12:22 left in the half. The Hoyas clinched the game, though, at the foul line, making 17-of-22 in the second half. Both junior forward Nate Lubick and Porter Jr. fouled out with under two minutes left in the game.  Georgetown’s victory was a closely called contest with a total of 43 fouls in the game.

Whittington, the team’s second-highest scorer this season, missed his second straight game because he was ruled academically ineligible. It remains unclear when he will return to the team.

“Greg is one of our better players and we miss him. That being said, you have to adjust a few things strategically,” he added. “Guys have to step up and play. More than anything, I have said who is going to make up for Greg’s rebounding.”

The Hoyas got outrebounded yet again today 33-24. The rebounding came from many different players, though. Sophomore guard Jabril Trawick, starting in place of Whittington, and Smith-Rivera both grabbed four rebounds.

Missing Whittington has not seemed to affect the team to a large extent as of late. The two games he has missed due to his ineligibility have ended in wins for the Hoyas. Although the last two opponents have not been as intimidating as their first two Big East challengers, the production on offense is a promising sign.

Georgetown will travel to Tampa, Fla. to face Southern Florida on Saturday night as the Hoyas look to finally claim a winning record in the conference. 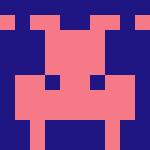 City on a Hill: Politicking the Campus Plan