“Defenders of the Faith” betray Islamic history in Timbuktu

Around 10 days ago, jihadists of Ansar Dine “Defenders of the Faith” fled from a remote yet remarkable city in West Africa, leaving a smoldering and spiteful legacy in their wake. The city is Timbuktu, ancient Islamic center known to many in the West only as a byword for utter remoteness. Yet before the eyes of a modern world where “as far as Timbuktu” is not far at all, the retreating fighters of Ansar Dine committed a disgraceful crime against the heritage of the religion which they claim to embody.

Timbuktu is a treasure trove of at least 60,000 antique documents from across the centuries of West African and Islamic civilization—a panoply of irreplaceable theological writings, medicinal treatises, family records, and countless other memories of bygone ages. Angered by their military setbacks, the Wahhabist “Defenders of the Faith” reportedly burned thousands of these historical documents.

Fortunately the vast majority of Timbuktu’s records have been preserved thanks to the courageous acts of private citizens who lived through the recent Islamist occupation. Nonetheless, the fighters of Ansar Dine have done a deep and short-sighted disservice to Islam, matched only by the tyrannical Shariah rule that they imposed on the people of Mali for 10 months. By violating the memory of ancient Islam, Ansar Dine have shown that they understand little of what Islam truly has accomplished for human civilization and the lives of its believers.

Ansar Dine is a conglomeration of radical Islamist fighters, drawing its strength from Tuareg fighters in the remote deserts of the southern Sahara. Bolstered by the remnants of Muammar Qaddafi’s army in the north, this radical horde descended on northern Mali back in April last year and drove the Malian state almost to its knees. Only French and African Union intervention in the last few weeks have pushed Ansar Dine to abandon Timbuktu and many other conquered strongholds.

Ansar Dine espouses Wahhabism, a hard-liner, puritanical, and bellicose interpretation of Islam which lay behind much of Al-Qaeda’s beliefs. This has led Ansar Dine to destroy hundreds of Sufi (Islamic mystic) shrines and mausoleums in the Timbuktu area, regarding any such personalized and unorthodox approach to Islam as idolatry or haram (sacramentally “unclean”). Although many of the locals believe the manuscripts were destroyed by the retreating fighters out of spite, there is good reason to believe that Ansar Dine regarded much of Timbuktu’s written heritage in the same light as the Sufi shrines.

Timbuktu’s records are drawn, not only from the history of the city, but also from the caravan routes of the Sahara during the height of the Islamic world. At its peak in the 15th and 16th centuries, Timbuktu became a repository of the fast-receding memory of medieval Islam. Theological, philosophical, and scientific works reside in Timbuktu from the Abbasid and Andalusian caliphates, golden ages of Islam which embraced far more diverse and pluralistic outlooks than Ansar Dine.

These Wahhabi radicals have turned away from the rich legacy of the Abbasid philosophers and Andalusian scientists. Wahhabism disdains philosophical attempts to understand or rationalize Islamic teachings, insisting that the Qu’ran and the Hadith simply are what they are—end of story.  Wahhabism advocates returning to a supposedly purer and simpler form of Islam—before philosophers and theologians such as those preserved in Timbuktu intruded.

Therefore, it is not surprising that the fighters of Ansar Dine did not value the Islamic heritage that they found in Timbuktu and were quite ready to burn it on a bonfire. Consciously or unconsciously, these jihadists rejected the notion that their religion can coexist with free enquiry or the ordinary pursuits of civilization. Both philistine notions do a thoughtless injustice to Islam and to religion itself.

By destroying their priceless works, the fundamentalist fighters of Ansar Dine spat on the earnest lives and ingenuity of countless Muslims throughout history, Muslims whose piety these radicals have no business questioning. The scholars of ancient and medieval Islam simply tried to understand timeless questions such as free will and the nature of God, questions which the thinkers of any religion owe it to their followers and consciences to contemplate.

The radicals of Ansar Dine need to realize that Muslims inhabit a complicated and diverse world that does not look to be facing final judgment any time soon. The ingenuity and scholarship of medieval Islam are more relevant than ever.

As for ordinary citizens of Timbuktu who are now lost to history, the militants of Ansar Dine have been terribly detrimental. The teachings of Islam are most potently played out in the lives and simple acts of kindness of ordinary people, not martial acts of violence and glory-seeking. The so-called “Defenders of the Faith” forgot this when they hubristically left the marriage contracts, poems, and prayers of these ordinary folks smoldering on a funeral pyre in Timbuktu. Our prayers and praises can only go to the courageous librarians who smuggled countless manuscripts to safety, as well as the citizens of Timbuktu who endured months of repressive rule. 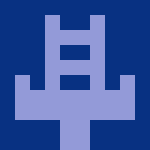 By Mark and Christy Geaney