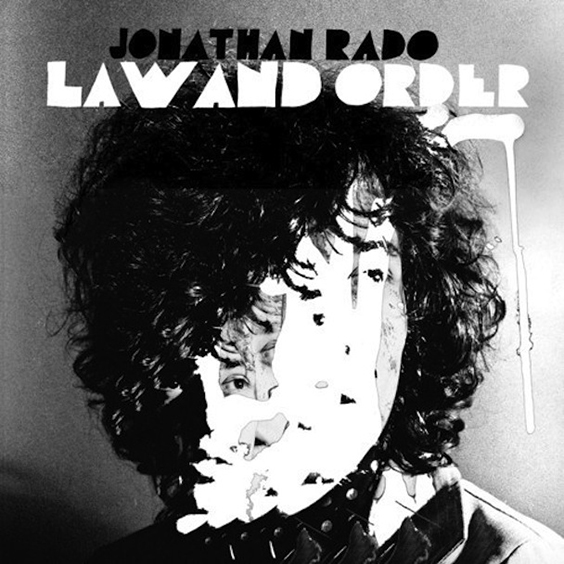 On his debut solo project Law and Order, Jonathan Rado casts his net just about as wide as a 45 minute LP will permit. Starting with the familiar psych rock sound of Foxygen, the critically acclaimed group that he co-founded in 2005, Rado quickly broadens his repertoire, venturing into Motown, punk, and folk, ultimately finding his comfort zone right back where he started.

The album leads off with “Seven Horses,” a psychedelic rock jam with just enough electronic flare for 2013. As the synthesized instrumentals gallop along, Rado layers on a simple drum line and a shimmering organ chord progression, topped off with airy vocals. “If you feel it all, clap your hands,” he implores us, and that is exactly the vibe this cheerful opening gives the listener.

Once the clapping has ended, it’s time for the artist’s experiment in Motown. “Hand in Mine” is a lovely exploration of the genre, complete with tambourine and a charming, male-female call-and-response duet. Rado does a fantastic job here, while still employing just enough of his characteristic cheerfulness to remind us who we’re listening to.

But then there’s “Looking 4a Girl Like U,” “I Wood,” and “I Wanna Feel it Now!!!”all great examples of experimentation gone wrong. In each of these three cases, the vocals are distorted beyond recognition. Initially, they show glimmers of musical merit but quickly degenerate into smears of pointless hissing and screeching.

“Faces” redeems the album, making up for an EP’s worth of forgettable noise. With its fuzzy guitar, jumpy percussion, and nostalgic vocals, Rado finds his way home to the contemporary psychedelic rocker role he established in his main project, Foxygen.

Rado used his inaugural solo album as a soul searching adventure, trying out different genres and styles. This exercise is successful and lands the artist back where he started. Overlooking some forgettable mistakes, this album is bookended by a handful of captivating, cheerful tunes, which point to an exciting future solo career for Jonathan Rado.