Chris Pratt. Will Ferrell. Elizabeth Banks. Will Arnett. Morgan Freeman. Sounds like the recipe for a well narrated Television crossover Parks and Recreation, Arrested Development special, doesn’t it? But unfortunately for the world, this has not yet come to fruition. This is actually the cast list for The Lego Movie, the new animated feature from Warner Brothers Studio that takes place in the fictional Lego universe.

I know what you’re thinking. This sounds like a marketing scheme. There is no way that a movie about toys could be a substantive form of legitimate entertainment. But you would be dead wrong.

The story follows, Emmett, an average construction worker who always follows his instructions. That is, until he falls into a mysterious hole and accidentally discovers a mysterious object that will save the Lego universe from the nefarious Lord Business, who plans to rid the world of imperfections.

Emmett is joined in his quest by a diverse group of mega builders, who come from a wide range of Lego worlds. These mega builders, from the likes of Abraham Lincoln to Michelangelo to the 2002 NBA All-Stars, are talented characters who have the ability to build immense creations from the legos in their surroundings, without following any instructions. Emmett, who is deemed the special, is forced to come to terms with the endemic uniqueness of his normalcy in the company of all the genius around him.

The movie is funny. Like, actually funny. Though created for an audience of mostly children, The Lego Movie, much like the early works of Pixar, contains humor for all ages. Caustic wit is ever present in the writing, which often contains slight hints of innuendo. Each character has their own quirk, like hubris or emotional unavailability, which lends itself quite well to the comedic tone of the film.

Visually, The Lego Movie is spectacular, but can border on being a bit overwhelming. The movie is primarily created with CGI to appear as if it was shot in stop-motion. This substitute feels justified though, as many of the breathtaking battle scenes and visuals would simply be impossible to create without the assistance of modern technology. The 3D here was extremely unnecessary and was the main contributing factor the undesirable elements of the movies visuals. I’d definitely recommend seeing the regular version.

Of course, The Lego Movie is made for children and as such contains an underlying moral message. The message, which speaks to everyone’s intrinsic worth and encourages the viewer to use their individual talents to work with others, is not subtle and gets reiterated through the entire movie. Despite that, the movie is still quite touching, especially as gets framed in a larger context towards the end of the film.

To push off The Lego Movie as just another overly commercial flick that lacks value would be a great loss. The movie is magnificent, clever and touching. To quote the song which introduces and inhabits the whole film, The Lego Movie is simply “awesome.” 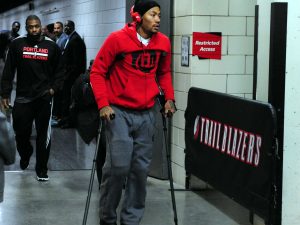 Critical Voices: The Pains of Being Pure At Heart, Days of Abandon