Hey! New day, new column! Welcome to our weekly TV recap! Where we talk about what happened this week in TV. (Duh.) Anyways, enjoy!

There were many endings and beginnings this week in TV. Both Jay Leno and Jimmy Fallon said goodbye on the last episodes of their talk shows. Jay Leno, who has been the host of The Tonight Show for almost 22 years, ended his last show on Thursday night with a bang bringing a plethora of guest stars including Oprah Winfrey, Kim Kardashian, Sheryl Crow, Jim Parsons, Carol Burnett, and Jack Black. For his guest Leno brought back Billy Crystal, who was also Leno’s first guest on the show.

The show also included a star-studded farewell video to the host, which included President Barack Obama and Jimmy Fallon who will be filling Leno’s shoes after his departure. Leno then gave a tearful goodbye thanking his crew who he referred to as his “family” and all his fans that have stayed with him for so long. He then quoted his predecessor, Johnny Carson, stating, “I bid you all a heartfelt goodnight.”

The following night, Jimmy Fallon hosted his own farewell show bringing Andy Samberg as his final guest and the Muppets as his musical guest. He also brought Buckwheat Zydeco to help him open the show. In his last monologue he took a look back on his last shows by reminiscing on some of his funniest moments.

Fallon also had a farewell video from some of his celebrity friends who gave him advice on how to do well on The Tonight Show including Sarah Silverman who reminded him to wipe, “Front to back,” and Ice-T who suggested, “Having Ice-T on the show at least once a month.” Fallon also showed some clips of some of the funniest moments on the show including when QuestLove “threw up” in the middle of the show, right when the camera cut to him. The show then ended with a performance by Fallon and the Muppets ending with Fallon walking off set and onto the set of The Tonight Show with Jimmy Fallon where his cast was waiting for him.

Filling Fallon’s place on Late Night will be fellow Saturday Night Live alum, Seth Meyers, who recently said his own farewells on the last episode of SNL. Fallon officially begins as the new host on the Tonight Show on February 17 and Meyers will begin his run on Late Night on February 24.

Also, this week was the start of the 2014 Olympics at Sochi. On Friday was the Opening Ceremonies in which everyone got formally introduced the Olympic bear that has quickly become known as the “Nightmare Bear”. More importantly, however, all the teams were introduced including Team USA wearing their Ralph Lauren sweaters that has also received some criticism, being compared to ugly Christmas sweaters. Amongst the many countries that were represented there were a few standouts including Jamaica that worked hard to get their bobsled team in and the 18 countries competing with only one athlete.

Events have already begun in this year’s Olympic games with Norway in first of the total medal standings and team USA in fourth. This of course will most likely change as the games continue. Until then, team USA has got some work to do. Go team!

Zakiya “Ziggy” Jamal is a junior in the College. She runs her own lifestyle blog over at http://bookstvme.wordpress.com/. 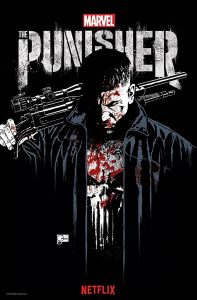 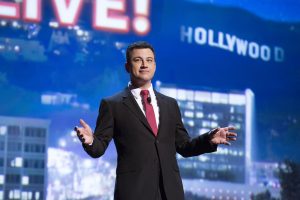 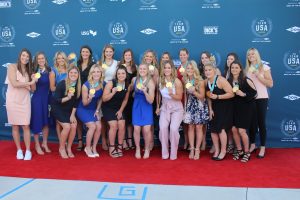