Bad Words is a film that could have easily gone sour. The premise sounds like something that would promise a dull story and empty crass humor. But luckily for us, star and first-time director Jason Bateman manages the film in such a way that avoids both of these and comes out with something pretty funny.

Bateman plays Guy Trilby, a 40-year-old man who has found a loophole allowing him to compete in a children’s spelling bee. This is, of course, highly irregular, and draws the ire of the other competitors, competition officials, and particularly angry parents. Guy is very good at spelling, but clearly has his own reasons for being there, which Jenny, an intrepid web journalist, desperately tries to find out. Guy also meets Chaitainya, one of his fellow competitors, who he finds to be both aggressively cheery and unavoidable.

Bateman is in top form here, delivering each line with perfectly stark delivery, no matter how absurdly profane. His Guy nails the “love-to-hate-him” protagonist role–smug, rude, annoyed at the world. This is a character many try and few pull off, but Bateman embodies it. Every facial expression completely exasperated, every word dripping with disdain. Child actor Rohan Chand puts out good work too, and supporting performances from Philip Baker Hall and Allison Janney round out the rest of the cast. But in the end, it’s all about Bateman.

Bateman also proves himself to be a competent director here, giving his film a marked visual style that sets it apart from the rest of the raunchy comedy pack. Unlike the bright colors of an Apatow production, the entirety of Bad Words is covered in a thin patina of grime, giving the film a disillusioned, gritty look. Bateman paints everything in dull, earthy greens and browns, supplying an audibly filthy movie with an appropriate visual complement. Bateman also enjoys the use of subtle visual gags, like when Guy and Jenny drive away from a mob of parents towards an Obama Hope-and-Change mural – a shining example of the film’s dark and snide humor.

Like its title suggests, Bad Words revels in its profanity and naughty jokes, and at its best plays something like a good episode of South Park.  While not all of the jokes hit the mark (the recurring gag about Jenny’s sexual practices loses its charm fast), there’s something to admire in the film’s audacity, and there’s enough good material spread evenly through the film to be satisfying. Even though the humor is generally lowbrow, it can usually boast graceful execution, and Bateman manages to avoid ever being simply mean-spirited.

But for a film as coarse as Bad Words is, its ending gets dangerously close to a happy hugs-and-learning conclusion. It seems like it would have fit the story better if Bateman maintained the bitterness of the rest of the film, but he opts for a more formulaic, heartstring-tugging finale. In fairness, Bateman never lets it become completely sweet, and it retains its sarcastic lilt until the end, but it seems odd that a film so focused on life mistakes and underhanded behavior would end on such a pleasant note.

While its gleeful profanity may not be for everyone, Bad Words ends up being a pretty competent comedy. With a great lead performance and promising directorial work from Jason Bateman, this movie ends up surpassing the dull, mindlessly crass mess it could have easily turned into. Promising things may be in Bateman’s future if he can continue improving as a director and keep putting his sly comedic talents to good use. Hopefully he gets the chance again. 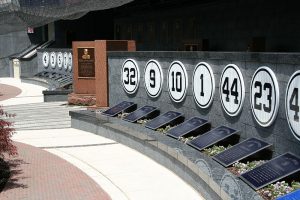