For about as long as there have been movies, people have been making books into movies. The urge makes sense, as many of humanity’s greatest stories had already been written down by the time motion pictures had emerged. Even today’s bestsellers, like The Hunger Games trilogy or Gone Girl, are being adapted into films. Because of this, a sort of “print elitism” has emerged and propagated over the decades, often expressed in the pithy sentiment “the book is better than the movie.” But this way of thinking is simply ignorant.

To be fair to the argument, there are a plenty of really atrocious films adapted from books. Easy examples are the Demi Moore-d The Scarlet Letter, the trainwreck that is Eragon, and the movie version of The League of Extraordinary Gentlemen, which was disowned by author Alan Moore (as he does with all films of his books). But why were these films bad adaptations, exactly? Was it because they somehow missed the point of the books, or because they couldn’t capture the nuance of the originals? Perhaps, but the primary reason is that these examples are, by general consensus, bad films in and of themselves. These films didn’t fail because it’s impossible to capture the subtlety of a novel on the big screen, they failed because the people involved couldn’t skillfully assemble a film.

But what about those films that stand well on their own, but aren’t as good as the book? Peter Jackson’s Lord of the Rings trilogy, David Fincher’s Fight Club, and Stanley Kubrick’s The Shining, all adapted from popular novels, get this criticism frequently. For example, Jackson failed to include several subplots and events from J.R.R. Tolkien’s novels, Fincher changed the ending of Palahniuk’s story to something happier, and Kubrick’s film is not as clear and detailed as Stephen King’s original. Print elitists are quick to point out any changes made in a film adaptation, and can generally explain why these differences are detrimental.

However, are any of these changes really flaws? Does The Lord of the Rings, already a series suffering somewhat from overlength, really need to dwell on every Glorfindel and Tom Bombadil to make its point? Does the relatively optimistic ending of Fight Club truly negate the grit and bite of the rest of the film, or undermine what the film has to say? Does Kubrick’s vague and delirious style of storytelling, though certainly different from King’s, necessarily make for a worse or less terrifying experience? The notion that any change from the source material is inherently damaging to the story (or somehow an affront to the original work) is foolish, and encourages some dreadfully boring filmmaking. Films are their own works, and filmmakers are artists just as authors are. To insist that a film adaptation of even a beloved novel can only be a word-for-word recreation of its source doesn’t allow for creativity, and defeats the entire purpose of adapting in the first place.

Take for example Paul Thomas Anderson’s There Will Be Blood, one of the most widely praised films of the last decade. It is technically an adaptation of Upton Sinclair’s novel Oil!, but really has very little to do with the novel itself. Anderson claims to have only used the first quarter of the novel as material for his film, switched the main character, created new names for all of the characters, and changed basically everything else about the story beyond a few main plot points. By the metric of “change is bad,” this is an atrocious film – it retains virtually nothing of the original text. But to write this film off as a poor adaptation is to ignore the earth-shaking performance by Daniel Day-Lewis, the haunting score by Johnny Greenwood and the all-around beautiful direction and thoughtful writing of Paul Thomas Anderson.

While obviously There Will Be Blood is an unusual case–most victims of print elitism are closer adaptations, and usually of better-known books–it shows the basic fallacy in equating difference with detriment. Films and novels are fundamentally different things, and naturally the transition from text to image will cause some things to be lost. However, this process also allows for gain. The constant comparisons between the two are silly – the film of the book won’t be the book it came from, because it’s already something entirely different. Cinema has its own language, its own tropes, its own storytelling, just as literature does. A film should be evaluated based on its merit as a film, not by how closely it can pass as a book, nor should creative differences between artists be penalized simply for existing. 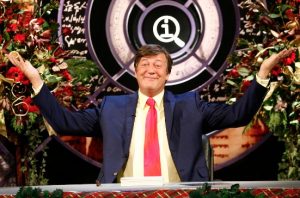