Cloud Nothings has really produced something special with Here and Nowhere Else. Promenading along the line between rage and beauty, Cloud Nothings’s latest release is an effective juxtaposition of pop hooks and seething punk. Where one would normally expect chaos from overdrive and anxious percussion, there is grace. Here and Nowhere Else is the most charming carny at the fairground. It is the relief of finally emptying your stomach after a night of nauseous heaving. It is getting the shit kicked out of you in the most beautiful place on Earth.

The album’s tone is set with the opening track, “Now Here In,” a frenzied hymn to apathy sporting J Mascis-esque sensibility and drums so intense that they could’ve been sampled from a symphony of erupting mortars and howitzers. These certainly aren’t puttering drums. They are, along with the consistent strength of frontman Dylan Baldi’s melodies, the proverbial icing on this sweet, sweet musical cake.

Much of the songwriting on Here and Nowhere Else feels like walking up a ziggurat, with each successive terrace climbed bringing you closer to the song’s climax. “Psychic Trauma,” for example, begins with guitar, drums, and bass. Cue the vocals, they intensify, the drums harden, distortion is added, everything swells, and finally, screams. The song is at full power, you’ve reached the apex, and it’s time to come back down. The songwriting reflects your descent in that parts start to fall away, but it keeps in mind that you’re still excited to touch the ground.

The second to last track, “Pattern Walks,” is a songwriting anomaly. A nearly seven-and-a-half minute ballad, “Pattern Walks” is strictly punk for almost half of the song before plunging into an ambient guitar sprawl. From this point emerges a chant of “I thought” among apocalyptic drums and uncharacteristically dreamy guitar, the only discernable remnant of Cloud Nothings’ more ethereal releases circa-2009. 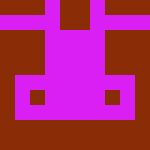