It is finally here. After over a year since the release of their debut single “Peaches,” duo band In the Valley Below has released their first official LP titled, The Belt. Based on their popular indie-pop alternative, progressive folk single, I was expecting something much different from The Belt. Angela Gail and Jeffrey Jacob heavily integrate rock, synth-pop elements into their new album. And although the album doesn’t quite match the profound, catchy lyrics, and rich synth, drum, guitar sound of “Peaches,” the duo has given us something fresh and new.

For those who want to hear things reminiscent of their expected sound, look no further than the mystical tracks like “Lover” and “Dove Season.” Steady drums and synth elements glorify both Jeffrey Jacob’s rougher voice and Angela Gail’s sonorous tones. For those hoping for something in a more folk-style direction (like myself) listen to “Hymnal.” Although in a slower style, an energetic background beat keeps it just outside of being compared to something by The Civil Wars. These elements serve as highlights in an album that appears to mark a slight genre shift for the band. However, the album is by no means of compilation of slower, moody tracks. Fast-pace, intense recordings lace throughout this album.

“Neverminders” and “Stand Up” are two, excellent, high-energy synth rock recordings. You will notice the diversity of sound in things of a similar genre. I would describe the use of Angela Gail in “Searching For A Devil” as a cross between Lana Del Rey and Phantogram. In the Valley Below gives us funky synth and eerie vocal edge with a bluesy yet fine bass sound and complimentary guitar work. The album works its way slowly from one side of the spectrum to another. Slowly but surely, the band embraces the electronic sound completely.

Pleasantly surprising synth-pop tracks can be found on this album like “Take Me Back” are sure to rise to electro-pop greatness. The song feels like a blend of 80’s spunk like Depeche Mode and Eurythmics with modern, enthralling sounds like The Knife.The album ultimately wraps up a nice match in the middle between the album’s competing genres. Two synth/indie blend folktronica tracks (“Palm Tree Fire” and “King Tide”) shape the record into a complete image.

Overall, I would call this album a work in progress, a mark for great potential. In the Valley Below has given listeners a nice spectrum of their style for the future. The fluid duets and well-integrated synth make In the Valley Below a band to keep watching. However, certain songs have an unfortunately repetitive quality to them that leave me unsatisfied. A glance at the band’s lyrics can make you realize that brevity may not be the solution. Important topics are addressed poetically, and I know great things will come from their sophomore album.

More: Critical Voices, In the Valley Below, Mike Bergin, Music, Slider, The Belt 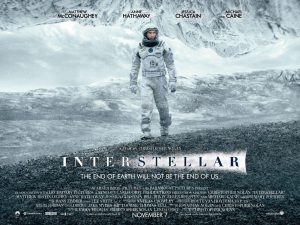