On Saturday morning, about 800 freshmen and transfer students gathered in Red Square to participate in service projects in Ward 7. My group of fifty-three traveled by bus across the Anacostia River to our site, Fort Mahan.

We stepped out of the air-conditioned bus and walked through the hot, humid air to a hill covered with yellow grass and a half-finished, gravel path. Five National Park rangers met us on the slope to introduce our mission. One ranger, Dan, was about sixty years old, and his wrinkled face had seen many seasons in the parks. In a thick Pennsylvania accent, he explained that we would rake the gravel evenly across the path to make it smooth for walking and that we would spread fresh dirt on either side of the path to plant grass. As the students and site leaders donned gloves and picked up rakes, shovels, and wheelbarrows, three girls asked me about the bathroom situation. When Dan directed us to the Boys and Girls’ club fifty yards off site, I had no idea that their simple question would begin an unexpected adventure.

“It was supposed to be open!” Dan kept telling us after all attempts to enter the building failed. Instead of asking us to go back to work and wait to use the bathroom, Dan walked us to the police station a block away, showed us to the facilities inside and sat in the lobby so he could walk us back to the site after we finished. As we gathered in the lobby of the station and waited for the last toilet to flush, the five-foot tall gumball machine caught our eyes. Blue, green, yellow, pink, and red gumballs filled half the plastic sphere. We reminisced about buying gumballs as kids, and after a minute of talking, Dan decided to put a quarter in the slot and have one. As the green ball rolled down the spiral chute, Dan asked, “Who wants the first one?” We were all surprised and said that he have it, but Dan refused to listen. He insisted on buying all of us a gumball, and after we had all crunched through the surfaces of our gumballs, he got one for himself.

On the way back to the work site after half an hour of locating and using a bathroom, Dan recounted the Civil War history surrounding Fort Mahan for me. Even after we arrived and the other four girls had picked up rakes, Dan continued to talk.

“Union soldiers camped there and drove out the Confederates when they attacked and tried to take DC,” he said as he motioned towards a swath of grass by Benning Road. “They built forts like this all around the city in those days to protect it from the Confederates.”

I made affirming sounds as he continued to talk and hoped Dan would not expose my weak knowledge of the Civil War.

“Do you ever think about how that war wiped out a whole generation? A whole generation of new ideas and possibilities was lost! And over what? If the cotton gin hadn’t been perfected when it was, history might have been very different . . . Think about where we’d be now if we hadn’t lost all those new ideas and young minds back then! We could be twenty years ahead of where we are today!”

“I never thought of it that way,” I replied, appreciating that Dan had expanded my conception of the Civil War past what I had learned in US History.

Before I filled wheelbarrows with dirt, raked gravel, and lead a reflection group, Dan had served me gumballs and pearls of wisdom. I never expected to be served by one of the people that I was supposed to help during CSD. Dan’s kindness, manifested in gumballs and passionate conversation, surprised me and broadened by perspective of Community Service Day. The work that volunteers accomplished throughout Ward 7 was impactful and important, but interacting with Dan reminded me that personal, individual service is felt deeply as well. Whether giving a gumball or an encouraging note, quotidian acts of service are as powerful as outreach events. 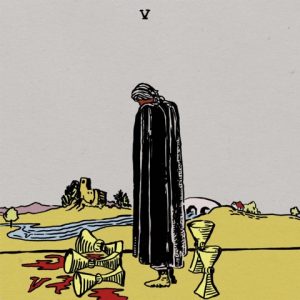