On February 14, after star freshman point guard Tyler Ennis hit a half-court shot to defeat Pittsburgh 58-56, Syracuse Athletics’ official Twitter account, @Cuse, tweeted “get your Tyler Ennis jersey while they are still available” and provided a link to an “anonymous” jersey bearing Ennis’s characteristic #11.  This tweet, which was promptly taken down, was a clear violation of NCAA rules, as schools are not allowed to directly use a player’s name or likeness in advertising. While this specific incident can be chalked up to a mistake by the social media intern running the @Cuse account, the tweet was significant for two reasons. One, because it’s Syracuse. More substantively, it betrayed the reality of the situation in college athletics.

A school using an athlete’s image and likeness in advertising may amount to the most evident form of image-exploitation, but is far from the most prevalent or most profitable.  According to NCAA rules, student-athletes are barred from profiting off of their image and likeness. They cannot receive any revenue which could be tied in any way to their on-field performance and the off-field brand which their play cultivates. Johnny Manziel, Texas A&M’s polarizing former quarterback, provided the most recent test case for this model. In 2013, “Johnny Football” was suspended, albeit for only one half, for allegedly selling autographs and thus profiting off of his image.

The most common argument heard in support of NCAA policies is that players are receiving payment via scholarships and room and board. Though this is true, it has nothing to do with whether or not an athlete ought to have ownership of their image and likeness. In fact, the idea that the NCAA owns the rights to its student-athletes is entirely unfounded in logic or any comparable precedent. It is rather rooted in nothing more than the NCAA’s desire to become the one stop shop for collegiate athletic revenue. One would think that athletes selling their image would be good for the NCAA, as it would help grow the brand and promote the popularity of the institution’s athletes, but it would necessitate that the NCAA yield a fraction of its profits, something it cannot do.

The NCAA’s defines their rationale for such policies in its 2010-2011 Division I Manual, stating “student-athletes should be protected from exploitation by professional and commercial enterprise.” And by this, they presumably mean enterprises other than the NCAA. During Manziel’s prolific 2012 Heisman run, he generated an estimated $37 million in media exposure for Texas A&M. Additionally, donations to the university spiked, from $300 million in the 2011-2012 school year to a whopping $740 million in the following year, undoubtedly in large part influenced by the Aggies’ success in football, spurred by Manziel.  The NCAA’s five largest conferences: the Pac 12, the Big 10, the Atlantic Coast Conference, the Southeastern Conference, and the Big 12, each have contracts with television providers which net them over $200 million annually in exchange for rights to broadcast football games. The NCAA itself inked a $5.6 billion contract with ESPN to broadcast the 3 games of the college football playoff for the next 12 years and a nearly $11 billion contract with CBS to broadcast the NCAA Men’s Basketball Tournament for the next 14 years.

The NCAA’s questionably legitimate multi-billion dollar operation was challenged this summer, with the hearing of O’Bannon v. NCAA. The class-action suit pitted over 20 former college athletes, led by Ed O’Bannon, a former UCLA power forward who starred on their 1995 National Championship team, and featured athletes from throughout the NCAA’s history, including NBA Hall of Famers Bill Russell and Oscar Robertson. Their lawsuit centered on the argument that the NCAA unjustly exploited their image and likeness without paying them. O’Bannon argued that collegiate athletes ought to receive payment from the NCAA from their television revenues and contracts with video game producers, particularly Electronic Arts. The case’s arbiter, Judge Claudia Wilken, found in favor of O’Bannon and the coalition of former athletes and set forth, among many other things, that the NCAA must pay each athlete an annual fee, capped at $5000, for the rights to use his or her image.

While this entirely arbitrary fee is by no means a cure-all for the labor practices of the NCAA, it does amount to a significant step in the right direction.  It also serves as a further step toward the death of the current amateur model supported by the NCAA.  Now that the courts have acknowledged the ridiculous nature of denying student-athletes the rights to the fruits of their labor, it will only be a matter of time before the system crumbles as a whole. 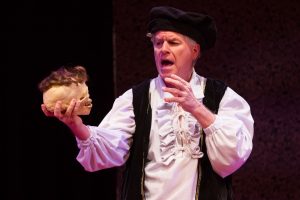 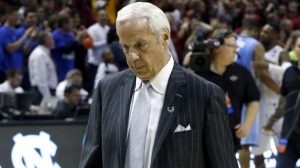