After a season of many surprises and even more disappointments, the Northwest Division heads into the 2014-15 season with quite a few questions still to be answered.

The presumptive favorite, the Oklahoma City Thunder, has been pegged by many to be a possible NBA champion for years now, and this year will not be an exception. This optimism is certainly legitimate; Oklahoma City has consistently been the toughest challenge for San Antonio, and easily could have made the last two Finals, had it not been for injuries to Russell Westbrook and Serge Ibaka in consecutive years.

Oklahoma City is still a legitimate contender for a number of reasons, but the most obvious is the presence of Kevin Durant. The reigning MVP took a big step forward last year, and seems ready to lead the Thunder to the promised land as long as his supporting cast stays healthy.

The upcoming free agent statuses of Durant and Westbrook looms over all of this. After he publicly admired LeBron James’s open letter to Cleveland, many began to speculate that Durant would be headed back to his own hometown of Washington, D.C. in two years. While this remains speculation, GM Sam Presti must feel some pressure to win quickly.

The Trailblazers were one of the true feel good stories of the last NBA season. Boasting one of the league’s top offenses, Portland rode LaMarcus Aldridge and Damian Lillard into the second round of the playoffs. Lillard emerged as one of the league’s best young guards, and Aldridge cemented his place as Portland’s franchise player. Perhaps more surprisingly, Nic Batum and Wes Matthews both became the three-point marksmen many had hoped they would be.

Despite this, many signs warn of a potential regression. Aldridge is very good, but he’s not an MVP candidate, while Lillard is still a one-way player. More alarmingly, Portland’s defense is merely average at this point, leaving them one shooting slump away from a losing streak. The Blazers could have snagged Omer Asik from Houston, but they missed out on their chance. Had Portland gotten Asik, they would have been able to stabilize their ailing defense. With Robin Lopez anchoring their frontline defensively, it’s hard to imagine Portland being complete enough to get out of the competitive Western Conference.

Considering how derided the Timberwolves were last year, you might not remember that they  actually came in 3rd in the Northwest. Obviously, after losing Kevin Love, that is likely to change. Love was by far the best player on the T-Wolves, and they were much worse when he was off the floor than when he was playing last year. Although Minnesota’s point differential suggests that they were unlucky to have missed the playoffs last year, this year will be one of rebuilding without their franchise player.

Wolves fans do have a few causes for excitement. Andrew Wiggins was a fantastic piece to get back in a Kevin Love trade, and Anthony Bennett still has room to grow. The two of them will be fun to watch, even if they do not win many games. The problem in Minnesota might in fact be that they are just a little bit too good. Players like Thad Young, Ricky Rubio, and Nik Pekovic are all quality rotation pieces, but probably aren’t going to improve much more. Their young stars combined with good-not-great rotation pieces could keep Minnesota just competitive enough to lose out on a high draft pick.

2013-14 was a tough year for Denver Nuggets fans. After the Nuggets fired reigning coach of the year George Karl and replaced him with Brian Shaw, the Nuggets seemed to take quite a few steps back. Ty Lawson is a solid player, but is not even close to being an elite point guard. Denver was smart to bring Arron Afflalo back, especially since they didn’t give up much to get him. But, at the end of the day, Denver is a rudderless organization with no clear way forward.

The Nuggets seem to be headed for another mediocre year, and it might make sense for them to tear down the whole team and start over. Denver has never shown willingness to tank, but it’s almost impossible to imagine them making a leap to contention as presently constituted.

The Jazz are probably headed for another bad year, but the NBA world will be watching what they do with their talented young core. Utah started the offseason the right way by firing Ty Corbin, a leading contender for the title of worst coach in the league last year. New head coach Quin Snyder has a controversial reputation, but there is no reason to believe he won’t be an upgrade. Derrick Favors and Enes Kanter have long been penciled in as the future, but a strong FIBA World Cup performance by Rudy Gobert might have changed the team’s focus.

Trey Burke and Alec Burks are both promising young players, but they are likely just complimentary pieces at the end of the day. The real hope of the franchise probably rests with Dante Exum. Although he was exiled during the World Cup, he is the only player on the roster right now with real superstar upside. Since very few people have actually seen Exum play, nobody really knows how good he is, but the talent he has shown thus far is impressive. Like it or not, the success or failure of this season rests on Dante Exum’s shoulders. 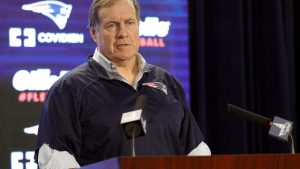