You might know David Fincher, director of such films as Seven, Fight Club, and The Social Network. You probably also know Gone Girl, the 2012 novel by Gillian Flynn that enjoyed a very long tenure as a New York Times bestseller. It may not be a surprise, then, that the marriage of these two elements has proven remarkably successful, netting a $38 million opening weekend—a record for the already commercially successful Fincher and an impressive debut by Flynn as screenwriter, adapting her own work. This is all well and good, of course, but what of the film itself? Does it live up to the high expectations such a high-profile film would set? The answer is “mostly.”

Nick Dunne (Ben Affleck) is a writer and college professor living with his New Yorker wife Amy (Rosamund Pike), who he convinced to move with him to Missouri. On the morning of their fifth anniversary, of all days, Nick finds that his wife has disappeared – his girl is gone, you see. He begins an effort to find her, recruiting his in-laws to launch a major campaign, but there’s a problem: the police seem to think that Nick might not be as innocent as he claims. To say more is to run the risk of spoilers, as the twists here are shocking and many. But suffice it to say that nothing is as it seems, and by the end of the film we go all the way from creepy whodunit to pitch-black social satire, and the transition is seamless.

The craft of Gone Girl is quality as usual from David Fincher, who has always been good with creepy, perverse thrillers (Seven and Zodiac come to mind), even if he’s still coming off a brief trip into Oscar-bait territory with Benjamin Button and The Social Network. But perhaps Gone Girl’s closest cousin is Fincher’s last film, the American remake of The Girl With the Dragon Tattoo—also adapted from a pulpy bestseller. We still have the slick, clinical style he’s been honing for his last few films, an ice cold heroine (if not one as sympathetic as Rooney Mara’s Lisbeth), and, of course, the continuation of his collaboration with composers Trent Reznor and Atticus Ross, whose score is possibly their best yet. Like in TGWTDT, Fincher elevates his material from its lurid origins, accentuating something truly chilling from Flynn’s novel where a lesser director may have ceded a more direct adaptation, simply transporting the novel to the screen with as little mutation as possible. Fincher, though, remains mostly loyal to the details of the plot, and also takes on the work as his own, fitting it in his trademark style and bringing out its darkest elements.

The cast puts in their best effort as well. Ben Affleck has always been an actor whose performance seems to hinge on the quality of the movie he’s in—he’s rarely bad in a good movie, and rarely good in a bad movie. Thankfully, he has an opportunity for a good performance here, if one with limited opportunities to show off (Nick Dunne doesn’t have to show that much emotional range). There’s good work in the supporting roles, as well. Carrie Coon is admirable as Nick’s twin sister, and though it may be easy to crack jokes about the baffling casting of Neil Patrick Harris and Tyler Perry (as Amy’s ex-boyfriend and Nick’s lawyer, respectively), they turn in surprisingly good performances. The real highlight of the film, however, is Rosamund Pike’s star-making turn as Amy. Without spoiling anything, Pike makes a character as conflicting and complicated as any I’ve seen in many years, and one that, despite the dark territory she treads, keeps a healthy sense of bone-dry humor. Trust me, she has to be seen to be believed.

So, if the film is so well put-together, and has such a good cast, why is it only “mostly” a success? Well, coming from Fincher, a director who can make even the most mundane conversations extremely watchable, the film certainly spends a lot of time not being that gripping. Much of the beginning of the film is simply spent setting up the much more exciting second half, which is fine, considering how entertaining the ball of twists it sets up is, but given Fincher and Flynn and everyone else involved, you expect a bit more than that. And even when we get to the good stuff, Fincher seems to want to get to the big payoff moments that he misses some of the nuance of Nick and Amy’s relationship along the way, which is a crucial element when you’re heading into the choppy sexual politics that the film wants to engage with. In that aspect, the film doesn’t entirely work, and to some viewers may even backfire.

But at the end of the day, there are few joys more sublime in mainstream American film than watching a master like Fincher at work. It’s always great to watch someone who knows what they’re doing, and few mainstream directors are as consistently technically masterful as Fincher. Gone Girl does nothing to break that streak. 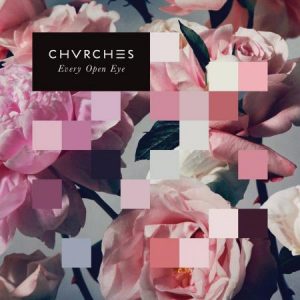 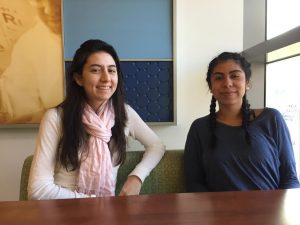 Latinx Identity in the Georgetown Classroom 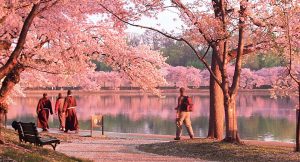