Point Break Live!, a traveling theater production paying homage to the 1991 film Point Break, is the love child of the Rocky Horror Picture Show, a 90’s masterpiece, and the bar scene from Star Wars.

The original movie, starring Keanu Reeves, Patrick Swayze, and Gary Busey, tells the tale of Johnny Utah, played by Reeves, a former college football star and current FBI agent who must infiltrate a gang of surfers, led by Patrick Swayze, who dress up as former presidents to rob banks. The film incorporates everything you could ever want: surfing, skydiving, passion, heartbreak, gripping emotions, and lawnmower-oriented fight scenes. For all of you heathens who have yet to bear witness to this work of art, watch it immediately and you will understand.

Upon entry to the show at the Howard theater, we were given ponchos with the warning, “There will be blood.” From the beginning, it was clear that this was going to be a comedic experience. Among a flurry of enthusiastic profanities, one of the actresses declared, “Welcome! I am your director, Kathryn Bigelow. Who’s ready to make a f***ing movie!?” Clearly a metaphysical piece. First order of business was to elect a Keanu Reeves. I had not expected this and decided I would not join the group of 30+ attendees who jumped on stage to give their best impression of the profound line, “Hey… I’m Johnny Utah.” The show began with hilarious improv blended into a line-by-line retelling of the film.

Although our democratically chosen Keanu began the show with a rocky start, he began to refine his impersonation with the help of the troupe’s performers. The aggressive police captain, sporting minishorts and with a shirt and tie, came out with both middle fingers up and a quick, improvisational wit to keep our Keanu on his lines.

The stage version of Point Break explores the absurdity of the original films lines. The hilarious Gary Busey impersonator reenacted the quotable two minutes of dialogue based on the demand for “TWO meatball sandwiches” while pretending to shoot heroin and constantly spit while speaking. In another scene, a discussion about the best surf point turns physically homoerotic as two of Swayze’s surfers complete each other’s sentences.

I would describe Point Break Live! as intentionally bad to enhance its own comedic value. The actors would stop and jokingly insult audience members for shouting out the zingers of their lines. With minimal sets, one could not help but laugh as they reenacted skydiving by laying on stools with fans underneath them. Although the film did this unintentionally, the goal of this play to appeal to a cult audience. As I sat there in a poncho, being shot with a water gun while men pretended to surf on boogie boards in front of me, I couldn’t help but smile and wonder how I ended up at the theater.

Following the show, fellow viewer, Jacy Neczypor (NHS ’18) described it as, “the combination of sexual slapstick, humorous pantomimes, and an extremely hidden poetic undertone. In all seriousness, the idea of rebelling against the system is really cool, though. I mean, these are actors who have decided, we are going to travel the country acting out Point Break, and that’s how we are going to live.” I agree with Jacy on this. Much like Swayze’s surfers in the film, these actors are living out some wild dream.

I would highly recommend seeing this outlandish adventure at least once. I have seen the best impersonation of Gary Busey the world will ever know. Better yet, I have seen a Gary Busey impersonator throw fake blood and cocaine in my direction. 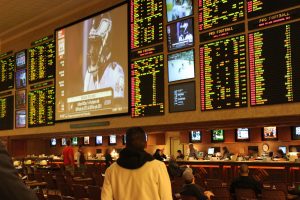 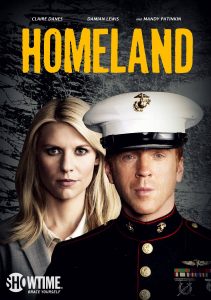