Over the course of the past semester, the College Academic Council and College Dean Chester Gillis have been discussing the possibility of a university-wide change to a curriculum consisting of four four-credit classes per semester instead of five three-credit courses.

The idea is still in its preliminary stages according to CAC President Parnia Zahedi (COL ’15). “The idea developed from conversations at our CAC meetings and with Dean Gillis about ‘depth vs. breadth’ in courses,” she wrote in an email to the Voice.

According to CAC member Connor Maytnier (COL ‘17), many of Georgetown’s peer institutions, including Boston University, follow a four four-credit class system. “I think it is logical for us to examine [their] model and have constructive conversation around it,” he wrote in an email to the Voice.

A town hall meeting was held on Nov. 12 to introduce the idea to students. According to Zahedi, the purpose of the meeting was “for students to discuss the positives and negatives about this system and how it would affect things like flexibility, double-majoring, stress, and beyond.”

One of the benefits of changing the curriculum’s structure is to allow students to get more out of their classes, according to Maytnier. “The 4-4 model would certainly allow for more in-depth instruction, mastery of material, and class conversation,” he wrote in an email to the Voice.

According to Gillis, an additional benefit is that it could potentially make an overall easier course load for students. “Even conscientious students sometimes find it difficult to do all of the work in all their courses and have time to reflect on and absorb the material,” wrote Gillis in an email to the Voice. “This is true particularly when students have lengthy weekly reading and writing assignments.”

One concern Maytnier raised with the 4-4 system is that students would be limited in the number of courses they could take while on the Hilltop. “The 5-3 model … allows students to take more courses and thus pursue more diverse interests,” he wrote.

Another concern is that students would have less room in their schedules for electives, minors, or second majors. “It may make it more difficult to double-major, though I am not certain that is the case. It would make the minor more important,” Gillis wrote.

As a result, Gillis fears that there might be enrollment reductions, especially in smaller departments or majors.

In order to make this curriculum change possible, Gillis acknowledges that core and major requirements might have to change. “Readjusting [requirements] would require consultation with the faculty, administrators, and the Board of Directors of the University,” he wrote.

Moving forward, CAC and the administration will continue to solicit student engagement on the topic. The CAC will host another meeting in January, possibly with deans present. “CAC, along with the support of Dean Gillis and the College deans, would like to gather greater student input on this topic before any movement is made towards making a change,” Zahedi wrote.

Gillis recognizes the magnitude of the proposal and the impact it would have on the community if enacted. He wrote, “Rethinking it in any way requires care and consultation with many voices and stakeholders in the conversation.” 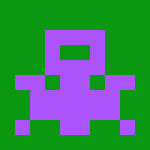 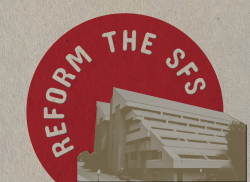 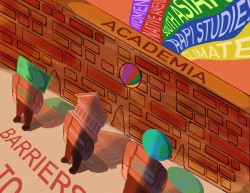 When I was in grad school at Columbia I asked my peers what their course loads were and what they consisted of when they were undergrads at other similar schools. The content of a course itself was remarkably the same with a mid term, a final and a 15 page paper the norm at virtually all the peer schools, However, many of my peers had gone to schools where they only had to take four such courses a semester ( at places like Wellesley, Brown, Harvard and Princeton). I left the discussion with the feeling that I had received greater value from my years at Georgetown even though I had worked 25% harder in many if not most cases. In the case of Brown which only required 28 classes at the time, I had to have fully 12 more classes to obtain my Georgetown degree.

While I clearly worked harder, the extra knowledge I obtained created a superior value proposition that we at Georgetown should want to protect. Please.let’s not mover backwards and dumb Georgetown down.