Higher Edge: Students pay the price of committing too soon

While most high school seniors will spend the next few months anxiously praying for the big envelope to arrive in March, some students already know which college they will be attending this fall.

By deciding to apply early to their top schools, students receive their admissions decisions several months before most of their peers. For students who are accepted, it alleviates them of pressure later in the year. Early admissions programs are also beneficial to universities as they are able to secure a portion of their incoming class earlier in the year. On the surface, this system seems to be helpful for both students and the universities to which they are applying.

When carefully analyzed, however, the early admissions trend might not be equally beneficial for both parties. When then-Yale President Richard Levin eliminated the university’s early decision program in 2002 he said, “The only people served by early decision is the colleges.”

An increasing number of colleges have established early action and decision programs in recent years. Some prior critics are even reinstating the programs—Yale included.

In fact, according to the 2012 State of College Admission Report, the number of colleges offering early action options has increased to 31 percent from 18 percent over the past decade. Furthermore, the number of students accepted early has also been increasing across institutions. Harvard’s early acceptance rate, for instance, increased to 21 percent for the class of 2018, up from 18 percent the year before despite a decrease in applicant pool.

For universities, early admissions programs are a safe way to fill up the incoming class as students applying early demonstrate higher interest and are therefore more likely to enroll. Some universities even use the binding “early decision” or “restrictive early action” programs, creating a pool that is even more self-selective. Since these students are more likely to accept admittance offers, institutions are able to fill a significant percentage of their incoming class before the majority of students finish applying. Last year, Columbia, Dartmouth, and the University of Pennsylvania filled 46.8 percent, 42.3 percent, and 53.7 percent of their incoming class with early applicants, respectively.

The reason why universities are so heavily invested in securing their class through early admissions, however, is that they want the highest possible yield. Utilizing student interest is one surefire method of increasing yield, as students who select to apply early have a higher enrollment rate. The higher a university’s yield is, the higher it’s ranked. Universities, then, can manipulate their rankings simply by increasing early acceptance numbers. At many universities, the percent of students accepted from the early applicant pool is double the percent accepted from the regular applicant pool.

There is nothing inherently wrong with colleges trying to improve their rankings. The problem arises because the early applicant pool and the regular applicant pool are not equivalent. Many students have to hold out until regular decision applications because they are waiting to hear back from scholarships and other sources of aid before applying to schools they will not be able to afford. The students who are able to apply to schools early are generally able to do so because they have the necessary financial security—there is no financial aid question.

While it’s in the college’s financial interest to enroll more students who will be paying full tuition, the practice is harmful for those who cannot afford some schools’ rates. Students dependent on financial aid are unable to apply early and therefore miss the benefits of the early pool’s higher admissions rate. Consequently, as colleges accept a larger percentage of their student bodies through early admissions, the number of low-income students who will have the opportunity to attend the same institutions decreases.

These students accepted early don’t just lack diversity. In fact, colleges are also so desperate to obtain a high yield that they are willing to sacrifice the quality of their students. According to a study published by Christopher Avery and Jonathan Levin at Harvard University, applying to a university early increases a student’s likelihood of acceptance by 20 to 30 percent—roughly equivalent to a 100 point increase on a student’s SAT score.

In order to preserve the integrity of our nation’s universities, the early admissions system should be discarded. Without early admissions, low income students would be able to explore all financial aid options without systematically being disadvantaged against their peers. Furthermore, all students would have time to more fully explore potential universities without having to strategize over which early admissions program would give them the best odds. College admissions offices will have to more honestly consider the quality and genuine interest of each applicant without depending on binding or restrictive policies as a crutch. Ultimately, eradicating early admissions systems will benefit both students and institutions by creating equal opportunities and raising university admission standards. 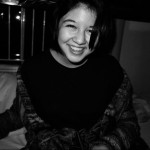 Higher Edge: When the Grading System Misses the Mark